‘The Hunger Games’ Movie Guide: 5 Things You Need to Know

Diehard fans have been counting down for months for the highly-anticipated flick “The Hunger Games” to hit theaters. With just one week to go, excitement has officially reached a fever pitch. 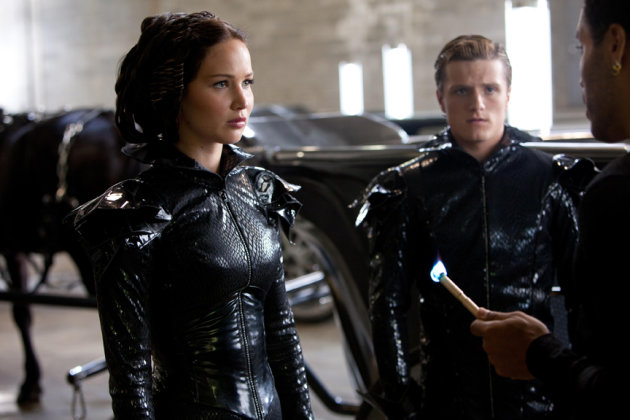 Teens have flooded online messages boards, flocked to malls to meet the movie’s stars, and are reserving tickets for opening weekend. Industry insiders expect the movie to bring in upwards of $100 million.

The movie’s stars — Jennifer Lawrence, Josh Hutcherson and Liam Hemsworth — have already cemented their teen idol status, and soon enough we’ll get to see how they will bring their characters — Katniss, Peeta and Gale — to life on the big screen.

Since its 2008 release, the young adult fiction trilogy by author Suzanne Collins has become a pop culture phenomenon. “The Hunger Games” has sold more than 11 million copies, and the novel has spent many weeks atop the bestsellers lists. 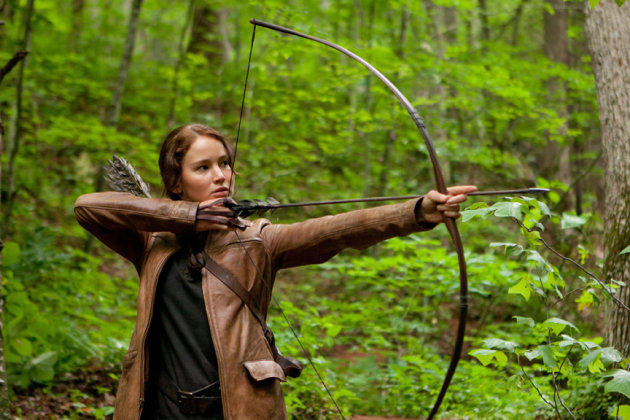 For those who haven’t sipped “The Hunger Games” Kool Aid yet — and don’t know what they’re missing — we’ve put together a primer of the top 5 things you need to know before you go to the movies next weekend to enter Collins’ futuristic fantasy world.

1. It’s set in a post-apocalyptic world in the nation of Panem.

“The Hunger Games” is set in a dystopian/post-apocalyptic world in the nation of Panem, formerly North America, where the government holds absolute power over 12 relatively isolated states known as districts.

Every year, two children from each district are forced to fight for their lives in the Hunger Games, a televised battle-to-the-death where only one victor is left standing.

A girl and a boy are randomly selected in 12 “Reaping” ceremonies, to represent their district in the annual games, resulting in 24 total participants or “tributes.” For some tributes, selection is an honor they train for, hoping to be selected. For others, it’s an instant death sentence.

The games were established years earlier as a punishment for a rebellion led by the districts against the government, meant to be a reminder of the absolute power of the government. All in all, it makes for a form of twisted, reality TV-like entertainment for those in the nation’s richest region, who are excused from sending their kids into the games, and escape the yearly heartbreak of the 23 families of the losing tributes who have to watch their young die. People living in the 12 districts are required to watch the games, to see their own fight for their lives.

The villainous President Snow governs over all of the districts from the power center of the Capitol, which is a shining city of luxury and excess and home to the nation’s richest, most privileged citizens. (Think a futuristic Oz filled with narcissists). While residents of other districts are starving, the citizens in the Capitol binge on a never-ending supply of gourmet food. They also dye their skin, wear outrageous wigs, get plastic surgery for fun, and speak in strange accents.

For the Capitol citizens who don’t send kids into the arena to fight in the treacherous games, the televised event is the ultimate in entertainment. (Take the media hype for the Super Bowl, the Oscars and the royal wedding combined). There’s also a real culture clash as District 12 tributes Katniss Everdeen and Peeta Mellark meet the Capitol citizens and see how different they really are.

3. Katniss is a heroin and a real female role model.

Katniss Everdeen, played by actress Jennifer Lawrence of “Winter’s Bone” fame, is the story’s heroine. Katniss lives in District 12, the poorest of all the districts, which mines coal for the Capitol. Since her father’s death in a tragic mine explosion, the 16-year-old has provided for her mother and younger sister, sneaking outside her district into the woods to hunt and put food on the table. When her 12-year-old sister, Primrose, is chosen as tribute at the Reaping, Katniss volunteers herself, saving her much weaker sister from meeting an inevitable death. From that moment, she has everyone rooting for her.

Before she goes into the arena, Katniss is made over into a fierce competitor. She’s a character with true heart, guts and an unwavering moral compass.

Katniss is chosen to represent District 12 along with Peeta Mellark, played by Josh Hutcherson, who is a mere acquaintance but one she remembers as having a kind heart. (The son of the local bread maker, he gave scraps to Katniss and her sister when they needed them most). As they head into the unknown together, there’s an undeniable chemistry, and after Peeta reveals he has feelings for Katniss in front of the cameras, the two play up that angle to the delight of Capitol’s citizens.

But there’s also the boy she left behind – her best friend and hunting buddy — Gale Hawthorne, played by Liam Hemsworth. Gale promises to take care of her family no matter what happens when she goes into the arena. Despite the Tracker Jackers (genetically engineered wasps that can sting to death) and other obstacles in the arena, it’s Gale she can’t get out of her head.

5. It could be bigger than “Twilight.”

The “Hunger Games” triology could be as big as “Twilight” and may even reach the level of “Harry Potter,” experts say. There is already “Hunger Games” paraphernalia, from “Teem Peeta vs. Teem Gale” T-shirts to cookbooks, action figures, even an exercise workout and nail polish line. With over $100 million in ticket sales expected for the first weekend alone, only time will tell how the franchise will play out in pop culture.

Ross and his cinematographer Tom Stern, capture the action up close with twitchy, often hand-held camerawork: not only is it a perfect match for the punchy, urgent prose of Collins’s novel, it lends the film a teenager’s heart-in-mouth hyper-awareness. The screenplay, co-written by Ross, Collins and Billy Ray, deftly pulls together all of the novel’s itchiest themes. Gary Ross’s provocative, pulse-surgingly tense adaptation couldn’t feel fresher, or timelier.

The Hunger Games opens next Friday March 23rd at all of our theatres featured with Act of Valor at:  5 Drive-In Oakville, Sunset Barrie Drive-In, Mustang Drive-In and, Starlite Hamilton Drive-In,

Please note: The Hunger Games movie  will be playing  second on Friday and Saturday, first for the rest of the week.