AUTORAMA: WHEN CARS BECAME ROCKETS OF OUR DREAMS

On October 4, 1957, the Soviet Union successfully launched Sputnik 1, the world’s first artificial satellite, into earth orbit. At first the American public was rather indifferent, even positive, about the launch of Sputnik. Soon, however, they became suspicious. What occurred was essentially an escalation of fears to greater heights, so much so that the American public lost much of its feeling of superiority over the Soviet Union. Americans had long been convinced that the Soviet Union was a fundamentally backwards nation, incapable of any great scientific achievement. Sputnik provided physical proof, as any amateur radio operator could tune in to its simple two-frequency radio, that the USSR wasn’t so incapable after all.

The start of the actual Space Age occurred during the height of the space age of automotive design. There were towering tailfins and rocket-engine inspired taillamps; futuristic design was all the rage and chrome was everywhere. For Americans of the late 1950s, space was really no more than a whimsical fantasy, something that would be explored “in the near future” by Americans. The idea that the Soviets would beat us into and dominate space wasn’t really even a thought going through people’s minds, but beat us they did. Less than a month after the successful launch of Sputnik 1, the Soviets successfully launched the far more advanced Sputnik 2, weighing roughly five times more and carrying far more advanced instruments as well as a dog named Laika – the first living organism to enter space. To add insult to injury, the first American entry into the Space Race, a small satellite carried atop the Navy’s Vanguard rocket, exploded in spectacular fashion at just five feet above the launch pad in December of 1957. The United States, the supposed scientific leader of the world, had created a “Flopnik.” It wasn’t until January of 1958 that the United States managed to launch a successful satellite, Explorer 1, into space. Space was no longer a whimsical thing of people’s imaginations. Space was real and we were losing.

The early Soviet victories in the Space Race caused a sobering up of the American public. The late 1950s represented the height of the tailfin era, just as space became a reality. The fact of the matter is, however, that the majority, if not all, of the designs for 1957-1959 were essentially finalized by early 1957, before the launch of Sputnik. The 1960 model year cars, the first to be designed under the shadow of Sputnik, featured far more restrained styling, with a great decrease in futuristic, space-inspired styling cues, best symbolized by the dramatic decrease in tailfin height between the 1959 and 1960 Cadillac. As each model year progressed, designs became less and less ostentatious as the reality of the American position in space became more and more clear. By the time the United States had turned around its position in the Space Race in the mid-1960s, the tailfin had essentially gone extinct from American automotive design.

The end of the tailfin really didn’t have its beginnings with one car or even one company, pretty much every single new 1960 model year car featured either significantly smaller tailfins or none at all. The reverse evolution of the tailfin was expedited by the fact that the two main pioneers of the tailfin movement, Harley Earl and Virgil Exner, either retired, in the case of Earl in 1958, or were forced to retire, in the case of Exner in 1962. By 1961 tailfins had completely vanished from all Chrysler products besides Imperials and were gone from all GM products besides Cadillacs, which soldiered on with fins until 1966 – after which they continued to have tailfin-inspired taillamps – and Buicks, which were tailfin-free by 1963. Tailfins on Ford products, which had always been far less of a sky-scraping affair, shrunk until they disappeared in 1964 when Mercury’s line was refreshed. Sputnik was a humbling blow which forced the American populace to exit the ornate, tailfin-filled space dream of the 1950s and into the sleek, sometimes gritty, space reality of the 1960’s. 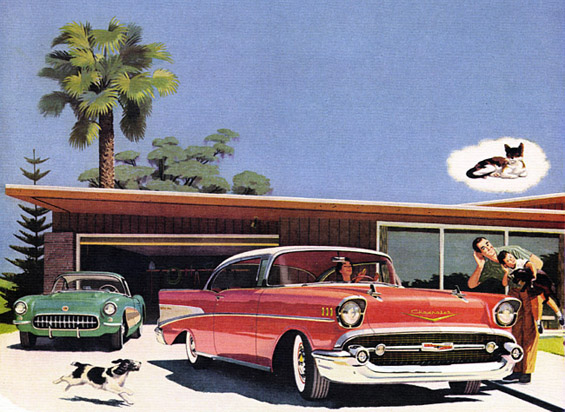 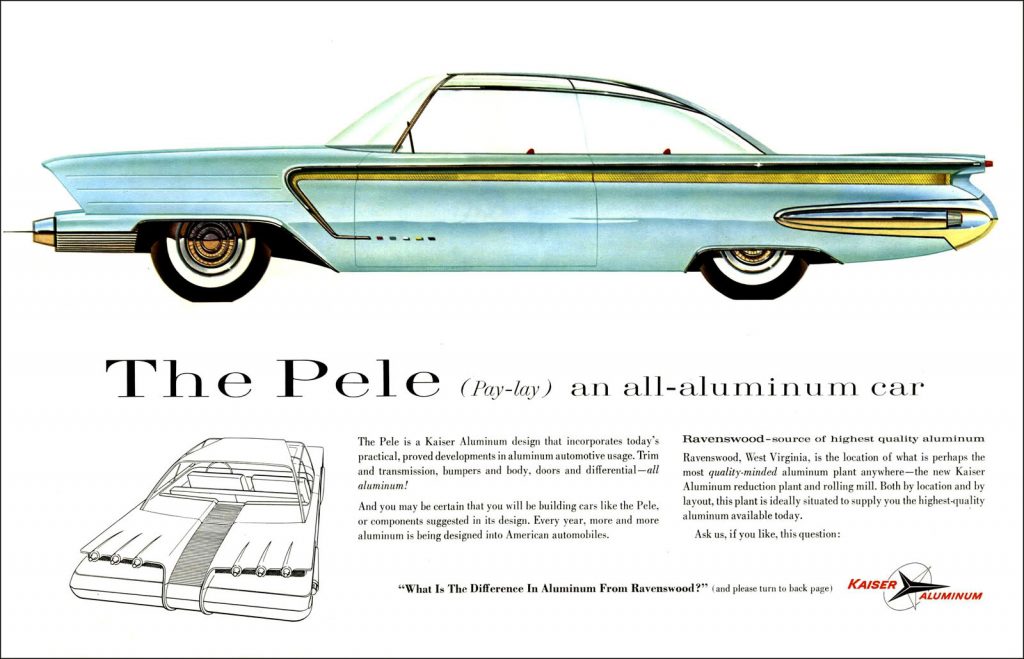 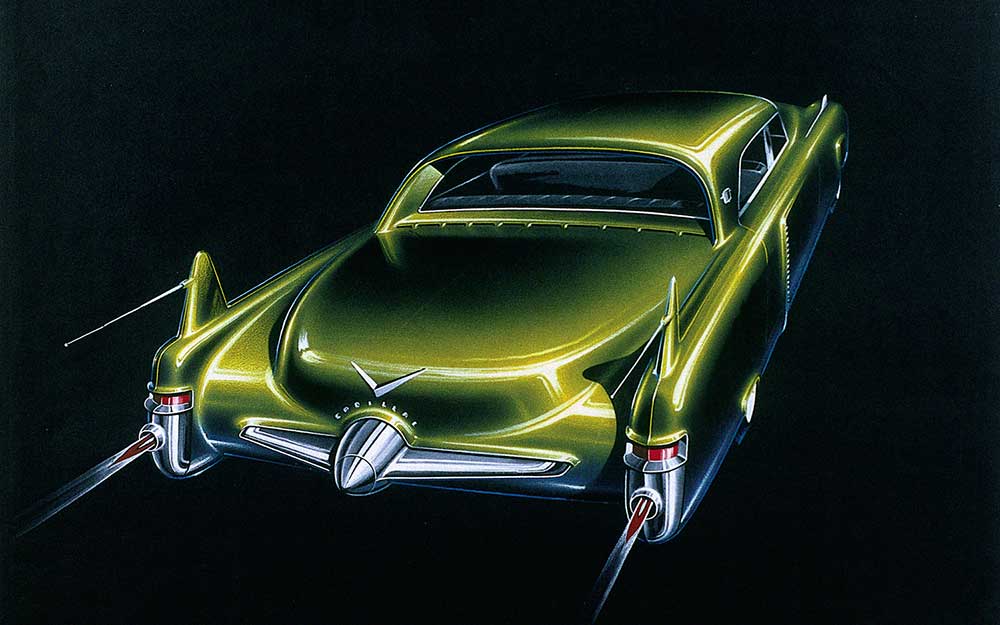 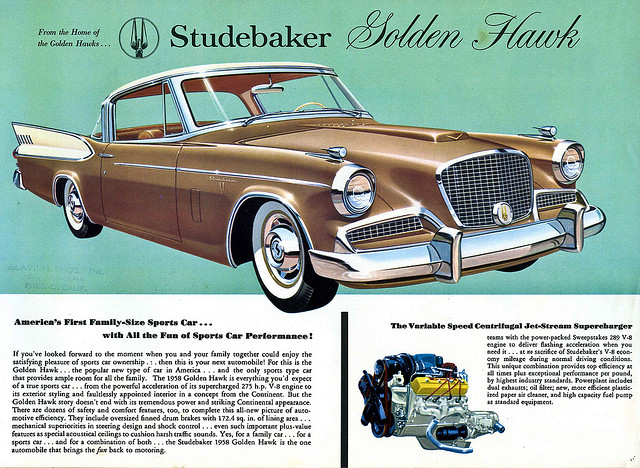 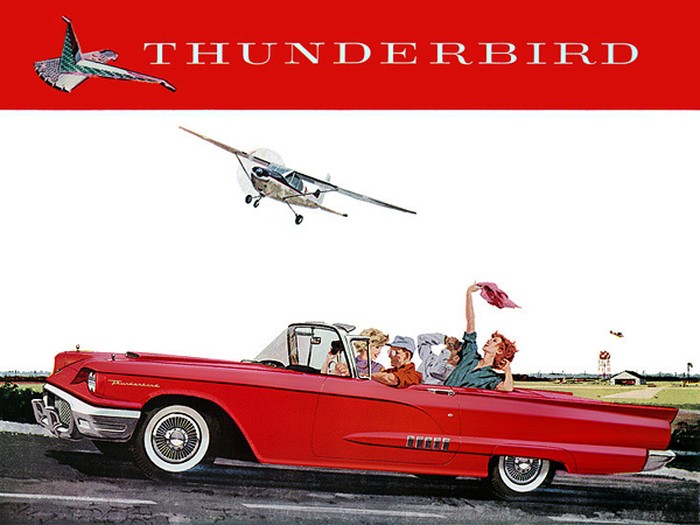 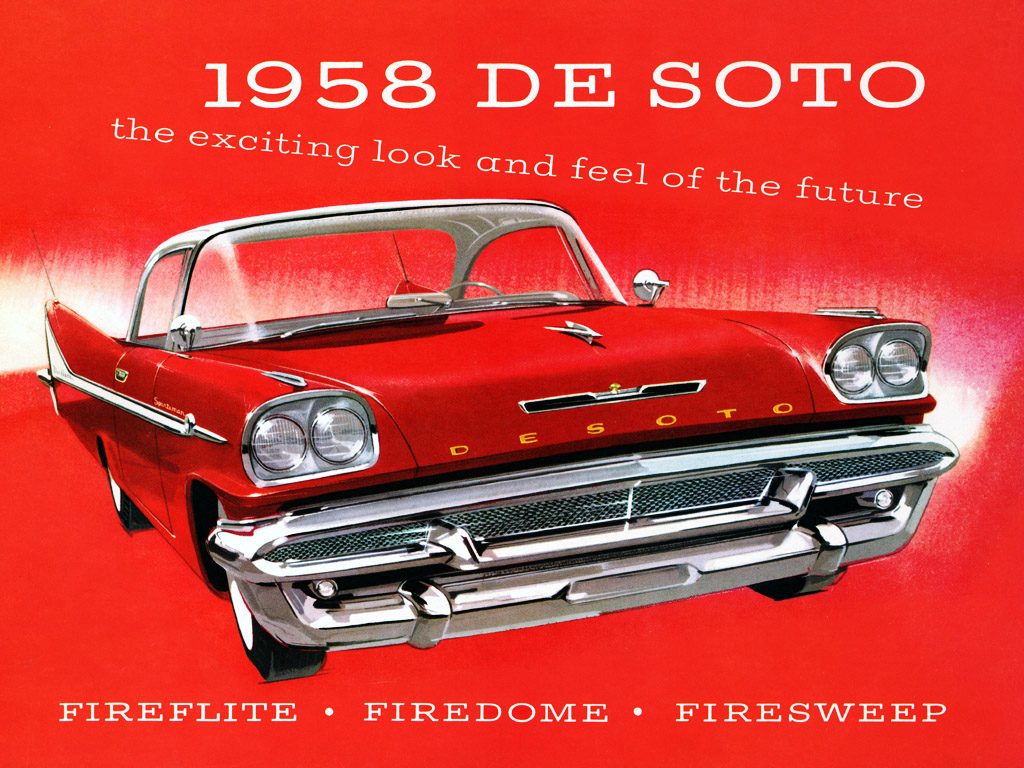 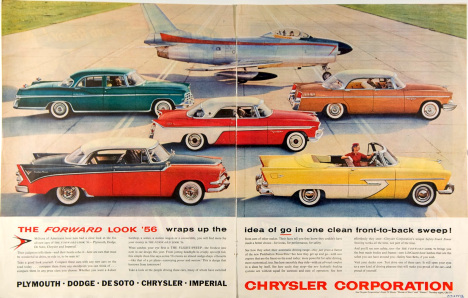 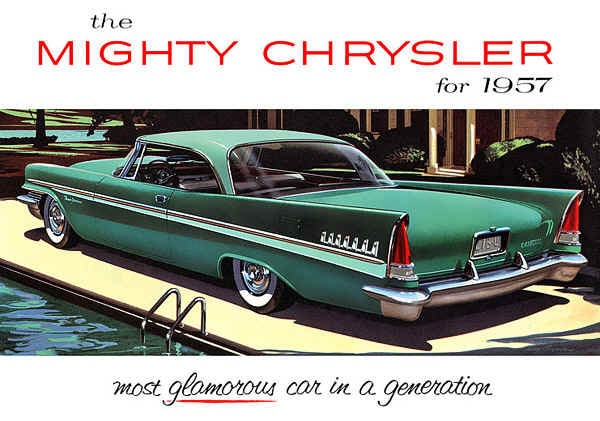 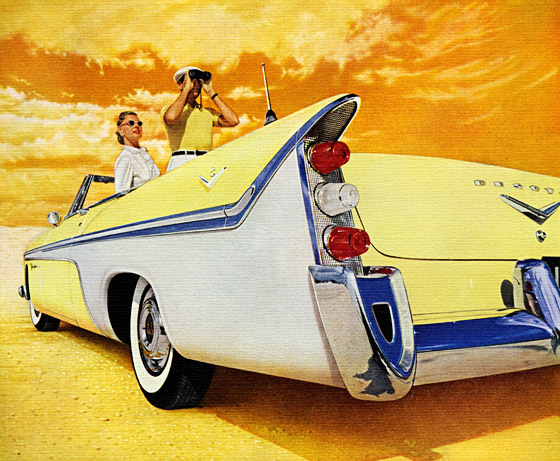 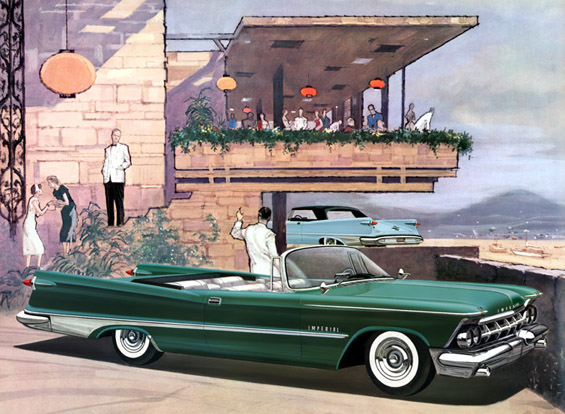