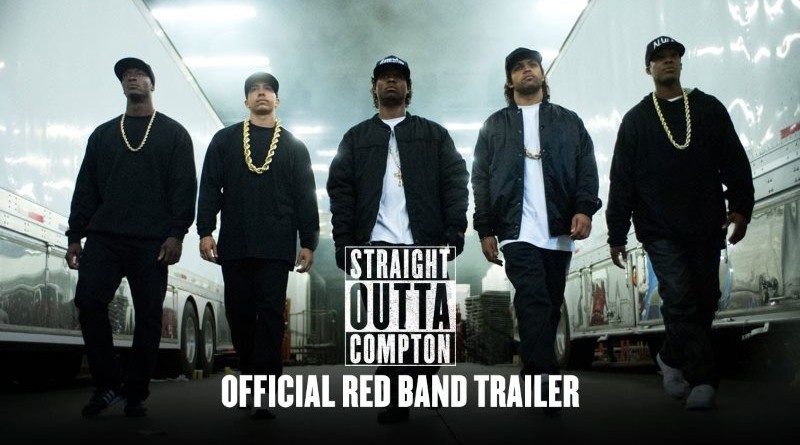 Universal Picture’s next big release is “Straight Outta Compton”, a movie that has audiences talking in eager anticipation. On RottenTomatoes.com it has already earned a 91% rating from critics and has a 96% on the “want to see” meter from tens of thousands of movie goers. Rotten Tomato critics describe it as “a twisty, juicy and compelling story” and a”raw, brass-knuckle force.” The Guardian describes this movie as “completely off the rails”, Forbes further contends that “this movie is genuinely an epic picture.” We could go on and on but you get the idea.

Here’s the plot: In the mid-1980s, the streets of Compton, California, were some of the most dangerous in the country. When five young men translated their experiences growing up into brutally honest music that rebelled against abusive authority, they gave an explosive voice to a silenced generation. Following the meteoric rise and fall of N.W.A., Straight Outta Compton tells the astonishing story of how these youngsters revolutionized music and pop culture forever the moment they told the world the truth about life in the hood and ignited a cultural war.

If you want to see this movie at your drive-in, you should vote below: