Playing This Weekend at the Drive-ins! A MUST SEE! 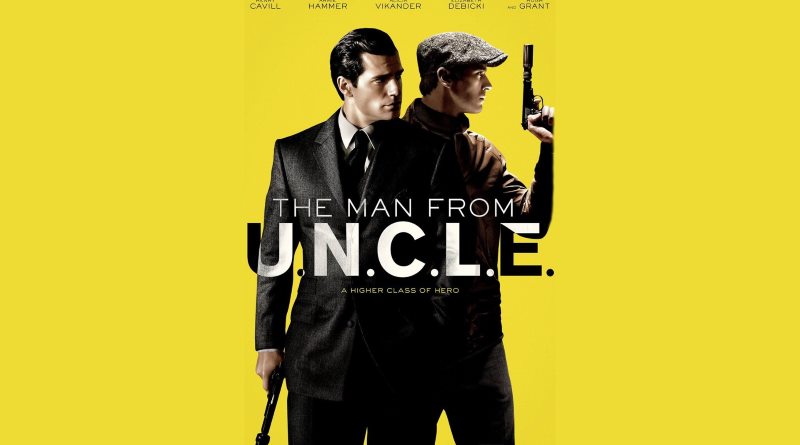 The original had its détente-pairing of American spy Napoleon Solo, played by the lean-faced Robert Vaughn, and the blond Soviet Illya Kuryakin, played by David McCallum. Now it’s Henry Cavill as Solo, that Superman kiss curl always threatening to assert itself. He’s an American agent in Cold War Berlin, often wearing a three-piece suit, on the trail of a missing nuclear scientist whose lush daughter Gaby (Vikander) is working there as a car mechanic. It’s a preposterous skill which is needed when she suggests tuning up a race-car in one scene.

When this boffin-Macguffin dad figure appears to have gone rogue, working for some sinister Italian plutocrat who wants global nuclear mastery, Solo is ordered by his irascible handler — Jared Harris — to co-operate with his killer Russkie counterpart (Hammer) to nab him, because the CIA and KGB have a mutual interest in ensuring bomb technology does not fall into the hands of a rogue player. So they have to all team up to save the world.

Illya is a role Armie Hammer handles with a grumpy beefcake deadpan, the point of which is to adorably soften as his bromance with Solo warms and as he falls in love with Gaby, while Solo underlines his own heterosexual credentials by seducing a sexy hotel receptionist. Ritchie gives us an entertaining, rickety Trabant car-chase followed by stylishness and creamy art direction.

Guy Ritchie is a director whose recent Sherlock Holmes adventures with Robert Downey Jr showed that he could still deliver entertaining, high-octane films.