Triple Feature Classics at the Drive-In! 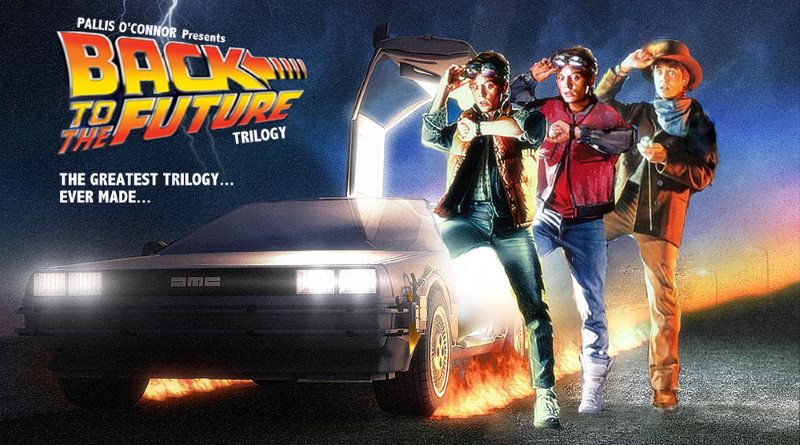 Back to the Future is a timeless classic, directed by Robert Zemeckis, and starring Canadian actor Michael J. Fox as well as Christopher Lloyd. It was released 30 years ago, and since then, has only grown in popularity.  The story of an ‘80s teenager and his scientist friend travelling through time to the 1950s in a DeLorean has resonated with many over the years. It was the highest grossing film of 1985, and certainly one of the most famous films of the 80s. It was followed by two sequels, released in 1989 and 1990 respectively, and the trilogy has become one of the most popular film trilogies of all time.

The film will be playing at the Mustang Drive-in, located in London, and the Sunset Barrie Drive-in this upcoming weekend, as well as another classic from the 80s, Steven Spielberg’s 1982 release E.T. the Extra Terrestrial, and this year’s earlier release Minions. These two vintage features, as well as the more recent one, will make for a simply excellent weekend out for you and your family.

Revisiting Back to the Future and E.T. will allow you to experience a feeling of nostalgia, and revisit a decade that may be very familiar to you, the ‘80s. Doing this with your children can be an educational experience for them, as they can learn about another time and culture their parents experienced. And with the former film, you and your children can visit the ‘50s as well, another incredibly interesting period of time. Both films were incredibly successful releases, with the latter being the highest grossing film for 11 years, until replaced by Jurassic Park. When E.T. was released, people were lining up around the block at countless theatres just to see it, for years after it. Just imagine it. The first time you saw E.T., the wonder at seeing young Elliot’s bike take flight. This image became one of the defining images of the decade, as well as Hollywood cinema.

The DeLorean taking flight is a similar, wondrous image, that inspired and awed many. Just imagine the look on your child’s face when they’ll see this, the sheer majesty, filmmaking at it’s finest. This will be a formative memory of theirs, one they won’t forget. And seeing Minions as well, a film of their time, will give them a piece of cinema to hold on to for this time. One day, perhaps your children and their children will visit a drive-in to watch Minions as part of a vintage series.

And seeing this at the drive-in is the perfect place to see this! Movies are always better under the stars, and it becomes that much more of an experience when you visit your local drive-in, instead of just heading to any regular cinema. The nostalgia of the drive-in as well will certainly be that much more meaningful with these films, as you can remember the good old days, the decade of your youth, the days when you could see a DeLorean drive down the street.