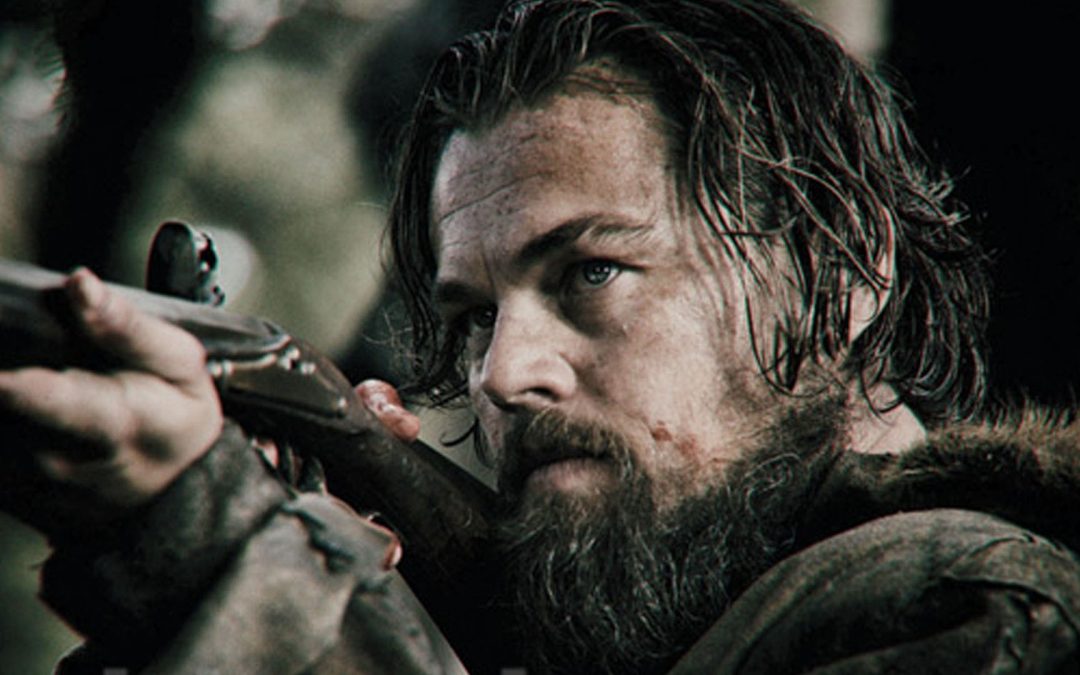 While exploring the uncharted wilderness in the 1800s, legendary frontiersman Hugh Glass (Leonardo DiCaprio) sustains injuries from a brutal bear attack. When his hunting team leaves him for dead, Glass must utilize his survival skills to find a way back home to his beloved family. Grief-stricken and fueled by vengeance, Glass treks through the wintry terrain to track down John Fitzgerald (Tom Hardy), the former confidant who betrayed and abandoned him.

In The Hateful Eight, set six or eight or twelve years after the Civil War, a stagecoach hurtles through the wintry Wyoming landscape. The passengers, bounty hunter John Ruth (Russell) and his fugitive Daisy Domergue (Leigh), race towards the town of Red Rock where Ruth, known in these parts as “The Hangman,” will bring Domergue to justice. Along the road, they encounter two strangers: Major Marquis Warren (Jackson), a black former union soldier turned infamous bounty hunter, and Chris Mannix (Goggins), a southern renegade who claims to be the town’s new Sheriff. Losing their lead on the blizzard, Ruth, Domergue, Warren and Mannix seek refuge at Minnie’s Haberdashery, a stagecoach stopover on a mountain pass. When they arrive at Minnie’s, they are greeted not by the proprietor but by four unfamiliar faces. Bob (Bichir), who’s taking care of Minnie’s while she’s visiting her mother, is holed up with Oswaldo Mobray (Roth), the hangman of Red Rock, cow-puncher Joe Gage (Madsen), and Confederate General Sanford Smithers (Dern). As the storm overtakes the mountainside stopover, our eight travelers come to learn they may not make it to Red Rock after all…

Sherlock: The Abominable Bride will see Benedict Cumberbatch and Martin Freeman reprise their roles as Sherlock Holmes and Dr. John Watson in a one-off episode set in Victorian London in 1895. The episode has been co-written by Steven Moffat and Mark Gatiss with performances by Rupert Graves, Una Stubbs, Louise Brealey and Amanda Abbington.