Captain America: Civil War review: How Marvel learnt from its mistakes to preserve its future 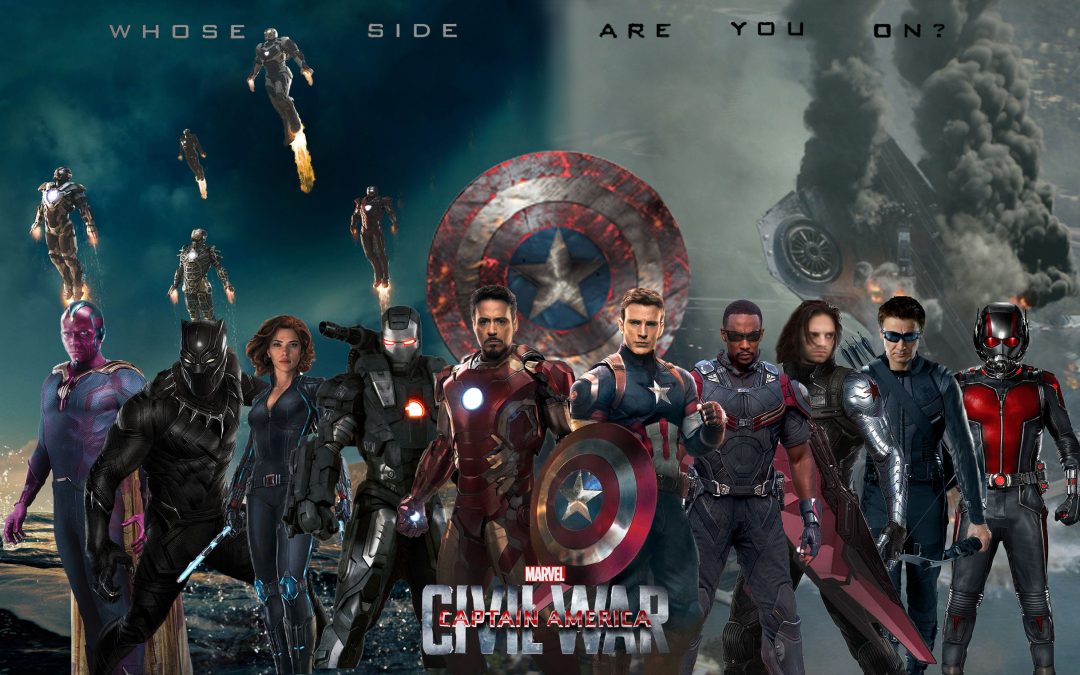 Our superheroes have suddenly developed a guilty conscience. After years of gleefully topping skyscrapers, blasting craters into city streets; only now the burden of their destruction drifts into the spotlight. Now is the time for consequences.

Though eternally pitched against each other by the pop culture consciousness in their own personal brand of civil war, Marvel and DC share equally in this new grasped sentiment; almost as if both sensed an abrupt change in the air. Maybe we’re all just suffering from spectacle fatigue, or maybe our collective morality is finally catching up with us: but both Captain America: Civil War and Batman V Superman: Dawn of Justice sought to put their own heroes on trial. 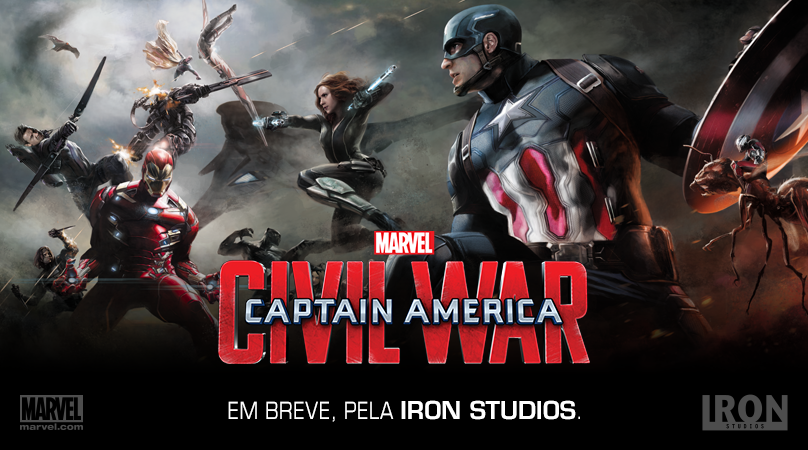 Yet, for Marvel, Civil War’s thematic shift plays entirely into the studio’s core identity. This is everything Marvel’s about: the shift, the mutation. It’s deft surfing of each wave whilst always in search of the next. There’s something organic to its strategies here: as Thor’s Shakespearean air falls into Guardians of the Galaxy’s space opera, which falls into Captain America: Winter Soldier’s Cold War thriller.

For Civil War, every lesson learnt in its eight-year history comes to a head; it’s a film so responsive to its past, and that’s why it feels like such a triumph for the studio. Marvel’s learnt from its mistakes; how The Avengers: Age of Ultron felt like a milder entry because it’s straining need to surpass the momentous quality of its predecessor left the levitating city of Sokovia feeling like an empty set piece. Or how Ant-Man’s delights were occasionally cut short with the increasingly obsessive need to advance the cinematic universe’s grander narratives. 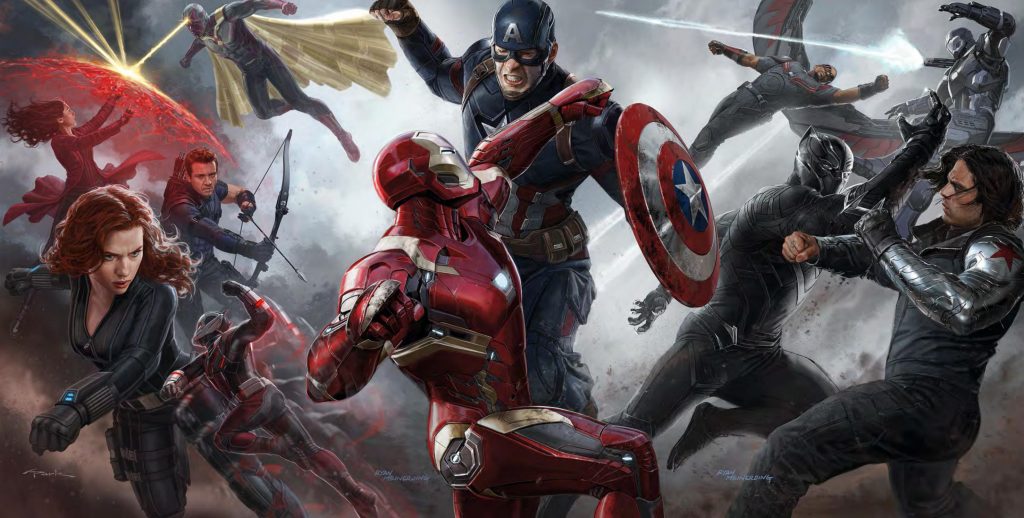 Eject the unnecessary, directors Anthony and Joe Russo declared; Civil Warneeds only to be about two things: character and consequence. Instead of attempting to up the stakes,Civil War’s climactic final battle turns surprisingly intimate; yet, each punch between its sparring heroes is delivered with such emotional force it lands with the weight of an 18-story building.

Even its all-in, airport brawl is one driven almost entirely by its characters’ motivations and personalities, which in turn actually makes it Marvel’s strongest singular sequence yet; it’s nothing short of spectacular whilst saving the need to destroy half a capital city in the process, taking the simple premise of ‘who would win in a fight between X and X’ and running an entire marathon with it. Witty, smart, and inventive; it’s a set piece which lets each character be exactly as audiences want them to be. Ant-Man (Paul Rudd) is pure Ant-Man, Winter Soldier (Sebastian Stan) is pure Winter Soldier, and Black Widow (Scarlett Johansson) is pure Black Widow. 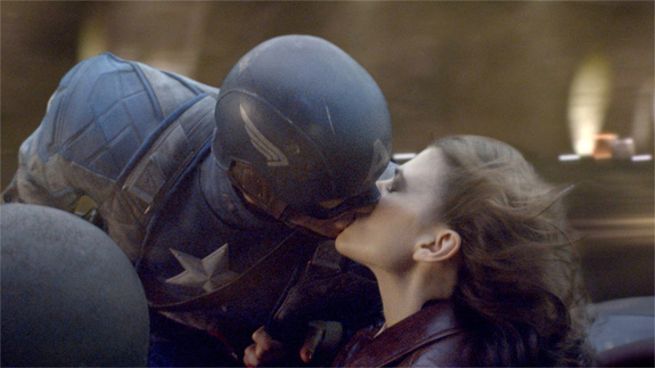 It’s true, Civil War benefits greatly from the fact we’ve already deeply bonded with these characters; it’s the only reason the Russo brothers could ever hope to achieve the wild task of balance approximately 20,000 main characters in a 2.5-hour film. With the task of defining their core characteristics already played out in length in previous instalments, Civil War needs only drop Captain America (Chris Evans) and Iron Man (Robert Downey Jr.) into this pre-prepared conflict and watch how those characters would naturally react. Indeed, when the weight of culpability for the Avengers caused civilian causalities comes calling; each character’s reactions and motivations slip so easily into place.

Then, there are the new players: Spider-Man (Tom Holland) and Black Panther (Chadwick Boseman). Civil War has its most fun with the former and his monumental Marvel homecoming, playfully acknowledging how this “new” character is hardly a first introduction to cinematic audiences. Black Panther, meanwhile, is introduced only by his most essential elements. One: he’s royalty, with all the brooding nobility that comes with that mantle. Two: he’s got razor-sharp claws, and they will turn your face into a scratching post if you dare to cross him. 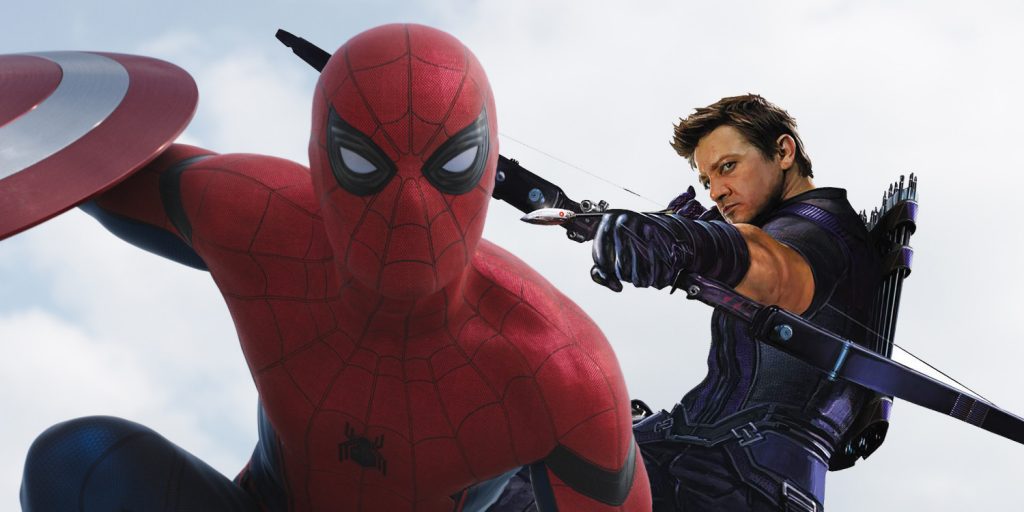 Civil War will certainly be the new favourite Marvel movie of some; others may still prefer the tighter, more contained storytelling of the likes of Guardians of the Galaxy. Its sheer monumental quality was always going to weigh Civil War down to some aspect, and it’s hard to avoid the feeling the film’s designated villain (Daniel Brühl) might as well have been walking around with the words “I’m advancing the plot” branded into his forehead.

Imperfections, however, don’t seem quite as weighty in the face of all that Civil War actually achieves; creating a blockbuster so much more epic in its increased intimacy, becoming more spectacular by reducing its need for spectacle. If Captain America: Civil War is the true herald of Marvel’s Phrase Three and its carefully planned future; maybe it doesn’t actually feel so bad that we’ll be getting these movies every year until the Earth collapses in on itself.