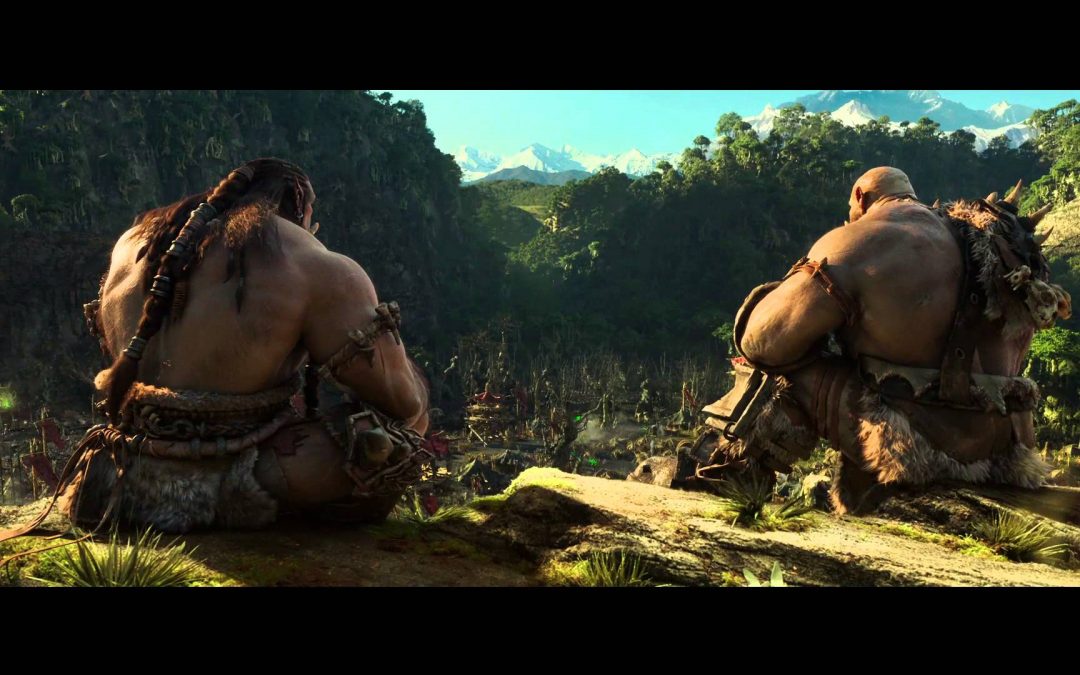 Hello Hello drive in Fans Lets all be taken away with the latest release of WARCRAFT opening this weekend at the Stardust Newmarket and Sunset Barrie Drive-ins!

When it comes to video game adaptations, Hollywood has proved time and time again that it’s unable to produce compelling, entertaining narratives that appeal to fans of the games themselves and general audiences. While Lara Croft: Tomb Raiderfound some success in 2001, films such as Super Mario Bros. andDoom failed to perform at the box office and received widespread critical backlash upon their release. Regardless, studios still try to find a formula that works on the big screen when it comes to video game adaptations and despite many flaws, Duncan Jones’sWarcraft is one of the better films based upon a popular game.

it could have been a disaster. Based upon the long-running World of Warcraft series, the film has a legion of loyal fans to impress while also bringing in casual viewers who have no experience with the game. With so much history to fit in, Jones was always at a slight disadvantage when adapting the source material, yet with Warcraft he’s created a fantasy film that should be able to hold it’s own against the superheroes gracing our screens during blockbuster season and doesn’t depend upon knowledge of the game itself.

Set in the fictional Azeroth, Warcraft tells the story of a legion of Orcs attempting to invade and conquer the world of humans after their own lands have been destroyed by dark magic. Unwilling to allow the creatures to burn Azeroth’s villages and take it’s citizens hostage, King Llane (Dominic Cooper), Commander Lothar (Travis Fimmel), and the realm’s Guardian, Medivh (Ben Foster), try and stop the Orc forces with the help of the half-human, half-Orc Garona (Paula Patton). It may sound like a classic case of good vs evil, yet Warcraft cleverly tells both sides of the story and reveals that the enemy the humans face may not actually be the real threat to Azeroth. As the two sides wage war, an alliance is formed between Frostwolf Chieftain Durotan (Toby Kebbel) and the humans in an attempt to stop the demonic forces that plague both their worlds.

It’s an ambitious effort to create a fantasy epic that doesn’t follow all the usual beats and Jones does a fantastic job at presenting the Orc’s motivations while the humans try to drive them back. With some surprise plot points that are rarely seen in films such as this, Warcraft at times feels like a breath of fresh air in a genre that has become all too predictable, yet it’s ambition ultimately leads to the films biggest flaw; pacing. With a runtime of only 2 hours, Jones and his crew had an awful lot to fit into the narrative in order to tell a cohesive story. It’s because of this that the first act seems extremely rushed in an attempt to introduce all of the key components so that the battle between the two sides may commence. Given that this is a fantasy film, this often leads to some fantastical elements being brushed over and unless audience members have played the game in the past, this may lead to some confusion upon a first viewing.

When we do enter the second act, however, the film seems to find it’s feet and becomes quite an enjoyable affair which sees the humans and Orcs come to blows several times. Though these encounters are often over quickly, they are entertaining nonetheless and showcase Jones’s talents when working with largely CGI environments and characters, proving that the young, indie director is ready to move into blockbuster territory after the success of smaller productions such as Moon andSource Code. His ability to find interesting shots hidden within the battles is impressive and helps elevate Warcraft above films similar to it, yet he often fails to properly flesh out the characters he’s handling throughout.

Some fair better than others with Orc Chieftain Durotan in particular proving to be a compelling protagonist rising up against others of his kind seeking to conquer Azeroth. His motivations for betraying his people are both clear and justified, and his role as both a husband and a father is examined several times during the film, which is much more than be said of Commander Lothar. Travis Fimmel has enough charisma to make the character work on the big screen, yet there’s very little depth given to him throughout besides a brief scene involving his (mostly absent) son and it’s aftermath and because of this, it’s hard to engage with him at times. The same can be said of Garona and Medivh who are both present throughout, but certain aspects of their characters backgrounds are merely alluded to and remain slightly unclear even when the credits begin to roll. 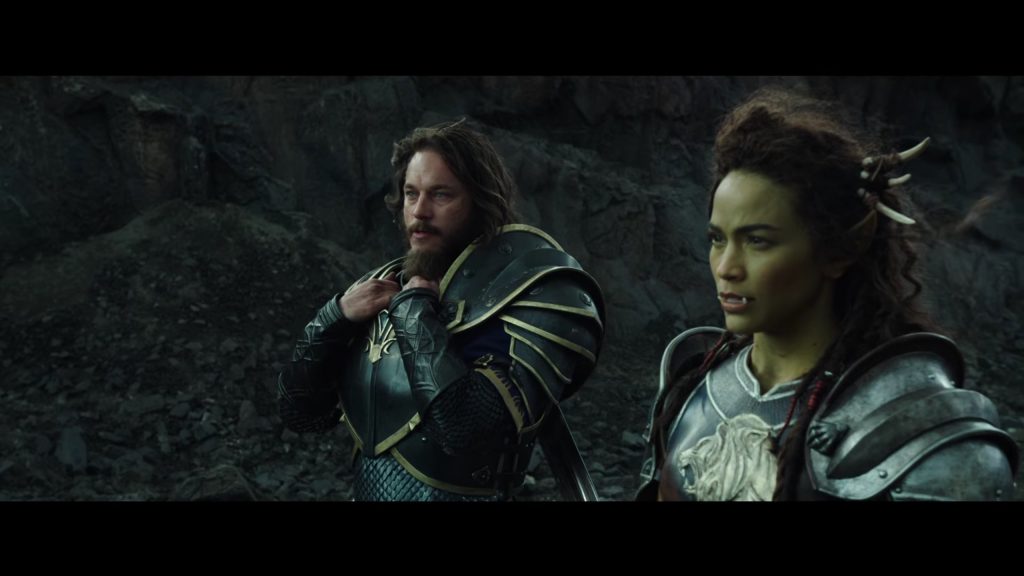 Despite some shallow characterisation, however, the film manages to remain entertaining from the second act onwards and it’s climatic showdown between the humans and the Orcs proves to be a joy to watch onscreen. With impressive CGI from start to finish, in particular the Orcs themselves, Warcraft is a visually interesting and the film’s reluctance to conform to a Hollywood happy ending deserves applause, especially in an age when Marvel’s family friendly films dominate. Should the film be successful enough to earn a sequel, it’ll be interesting to see how Azeroth and the beings that reside within it learn to live amongst one another in harmony.