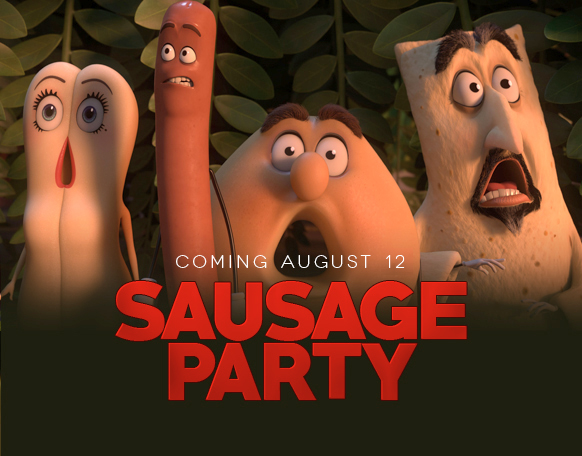 For those of you who have ever envisioned Seth Rogen reconstituted as an anthropomorphic processed meat product — and you know who you are — “Sausage Party” may be savored as, if not a dream come true, then a drug-fueled hallucination without the potentially harmful side effects. A madcap crazy salad of industrial-strength raunch, Tex Avery-level visual inventiveness and, no kidding, seriocomic religious allegory, this computer-animated comedy about the secret lives of supermarket merchandise 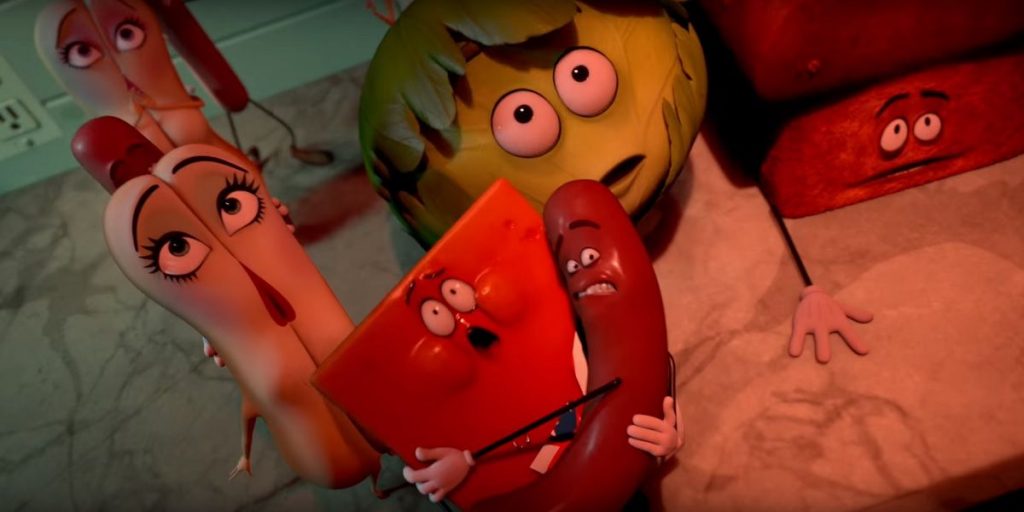 Working from a script credited to Rogen, Evan Goldberg, Kyle Hunter and Ariel Shaffir, co-directors Conrad Vernon and Greg Tiernan immerse viewers in a world where food, beverages and sundry other items on supermarket shelves are sentient entities who yearn to selected by benevolent “giants” for transportation to the “promised land” they’ve long been promised. 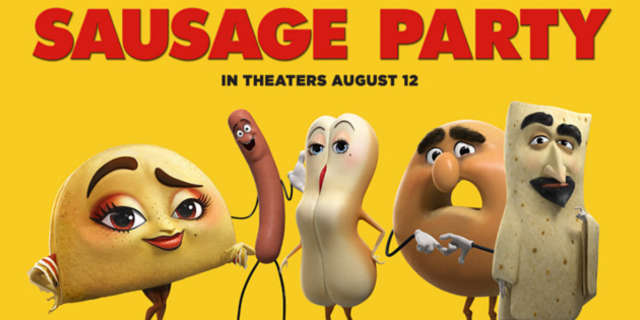 “Sausage Party” is something far short of Shavian in terms of sophisticated dialogue — really, there is just so much novelty value one can milk from repetitious fusillades of F-bombs launched by animated characters — but it is difficult to deny the hilarity quotient of a movie so exuberantly and unapologetically rude and crude. Racial, ethnic, sexual and sociopolitical stereotypes are shamelessly exaggerated and honed to satirical edges, so that a Jewish bagel (Edward Norton) and an Arabic flatbread (David Krumholtz) squabble about territorial incursions in the shopping aisles; a Sapphic taco (Salma Hayek) attempts to lure a reasonably straight innocent into a walk on the wild side; a diminutive sausage (Michael Cena) worries whether girth really is more important than length; and the most obnoxious character by far is … well, a douche (Nick Kroll). No, really.

Complications arise when Frank discovers the truth about what happens to edibles like himself once they’re carted out the door and taken home. And, more important, he learns that influential “non-perishables” have manufactured a mythos of a happily-ever-after afterlife just to keep the supermarket products from knowing anything about the nothingness that awaits them. Not at all surprisingly, those products don’t appreciate (or even believe) the bad news when Frank attempts to elevate their consciousness.

All of which suggests, with “Sausage Party” following “This Is the End” (which he also co-wrote with Goldberg), that Seth Rogen may be the most subversively sincere religious allegorist working in movies today. Better still, he can be pretty damn funny while spiking freewheeling zaniness with food for thought.