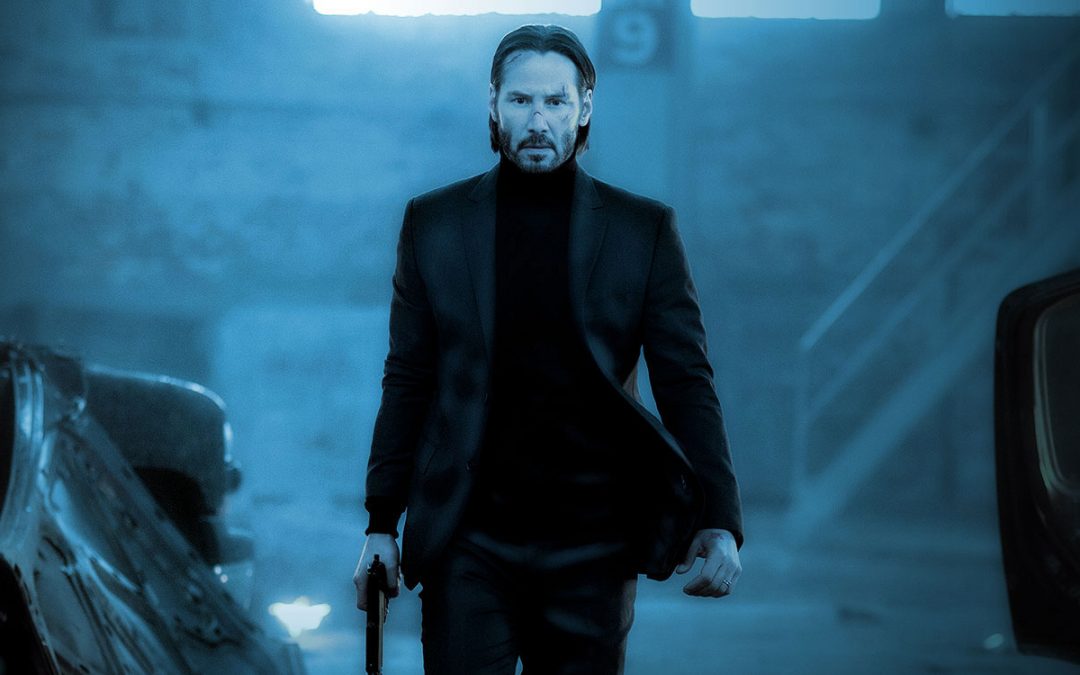 As in 2014’s surprise hit, this elegantly choreographed action sequel elevates its brutal confrontations to a dazzling form of modern dance.

“John Wick” wasn’t designed for a sequel. It began with someone killing John Wick’s dog, and ended with the vengeance-bent uber-assassin stealing a new best friend from an animal shelter, after dropping 76 (or more) dead bodies along the way. The movie, which launched the directorial career of Keanu Reeve’s stunt double in “The Matrix,” Chad Stahelski, succeeded not on the strength of its story, but on the elegance of its action, and while it reaches at times to justify its own existence, “John Wick: Chapter 2” boasts a reunion with “Matrix” co-star Laurence Fishburne and two major improvements on the original: First, no animals were harmed in the making of the film. And secondly, the human body count is significantly higher.

If the latter detail offends your humanistic sensibilities, then this isn’t the franchise for you. Even for “Grand Theft Auto” junkies and those at the other end of the spectrum, it can actually get tiresome watching Wick eliminate a seemingly inexhaustible stream of henchmen at times. But there’s a quality to the violence here that elevates it above the literal (and reprehensible) nihilism of movies like last year’s “Hardcore Henry,” and instead achieves something more akin to dance.

The John Wick movies accomplish what Hong Kong action flicks did a quarter-century ago, seducing bloodthirsty (predominately male) audiences into appreciating an exquisitely choreographed modern ballet. If you doubt that Stahelski sees his own job in these terms, look no further than how he lights each scene: Even neon demon Nicolas Winding Refn must be taking notes at the way Stahelski and his crew place bright-fuchsia fluorescent tubes in a New York subway, poltergeist-blue spotlights beneath the arches of ancient Roman catacombs, and nightclub-worthy accents throughout an elaborate hall of mirrors art exhibit.

In the opening scene, a Russian crime tsar (Peter Stormare) reminds us of Wick’s ruthless boogeyman reputation, and after Wick retrieves his stolen 1969 Mustang and knocks off another dozen or so of his men, he brokers a truce that puts the vendetta of the first movie to rest. Rules matter to the criminals in Wick’s world, and even he is bound by them, lest he find himself outside the protection of the Continental — a secret network of assassins dreamed up by screenwriter Derek Kolstad for the original.

Recognizing that the Continental was effectively what distinguished “John Wick” from nearly all the other revenge sagas out there, Kolstad has decided to elaborate on its mythology this time around, expanding the homicidal fraternity beyond a single New York hotel to an international organization governed by its own sort of omertà. Rule No. 1, “No blood on Continental grounds,” serves to protect bitter rivals, the way “base” does in grade-school games of tag. Rule No. 2, “Every marker must be honored,” explains why Wick can’t retire just yet: In order to leave the organization, he pledged to fulfill one last favor when asked. And now, his marker has come due.

Wick’s debt drags him into the middle of a power play for a seat at the High Table, a council of international super-criminals in which Italian playboy Santino D’Antonio (the impeccably dressed Riccardo Scamarcio) wants the spot held by his sister Gianna (Claudia Gerini), and orders Wick to eliminate her. It’s a job that Wick describes as “impossible,” but actually proves to be remarkably easy (she actually does the deed for him) — until he tries to escape, only to be cornered by both Gianna’s bodyguard (Common) and D’Antonio’s henchmen.

Perhaps the Continental ought to consider a third rule: Contract holders can’t snuff the assassins they engage, or vice versa. No sooner the task been competed than D’Antonio issues an open contract on Wick, which goes out wide to every assassin in the world (none of whom keep their cell phones on silent), making for an amusing montage as Stahelski reveals just how far the Continental’s network extends. With the exception of one returning character, a look-the-other-way local cop played by Thomas Sadoski, every speaking role is held by someone related in one way or another to this vast underground organization, though some — like the Orthodox Jewish banker who watches over his safety deposit box, or the “sommelier” who deals guns as if they were fine wines — wouldn’t dream of turning a weapon on Wick.

Ironically, the John Wick introduced at the outset of this movie sincerely believes he’s done with violence. Except we’re dealing with Keanu Reeves here, and though he’s acrobatic enough to meet the physical demands of the role, the actor has never in his career managed to convey complex emotion: In this case, Reeves’ version of extreme reluctance looks more like mild constipation, never more pronounced than in the scene where he makes a decision to violate the Continental’s most important rule, knowing full well it will leave him “excommunicado” (a silly word rendered menacing by hotel manager Ian McShane). That said, it might be even more amusing if he’d gotten himself kicked out for overstepping one of the hotel’s unwritten restrictions — specifically, its no-dogs policy.