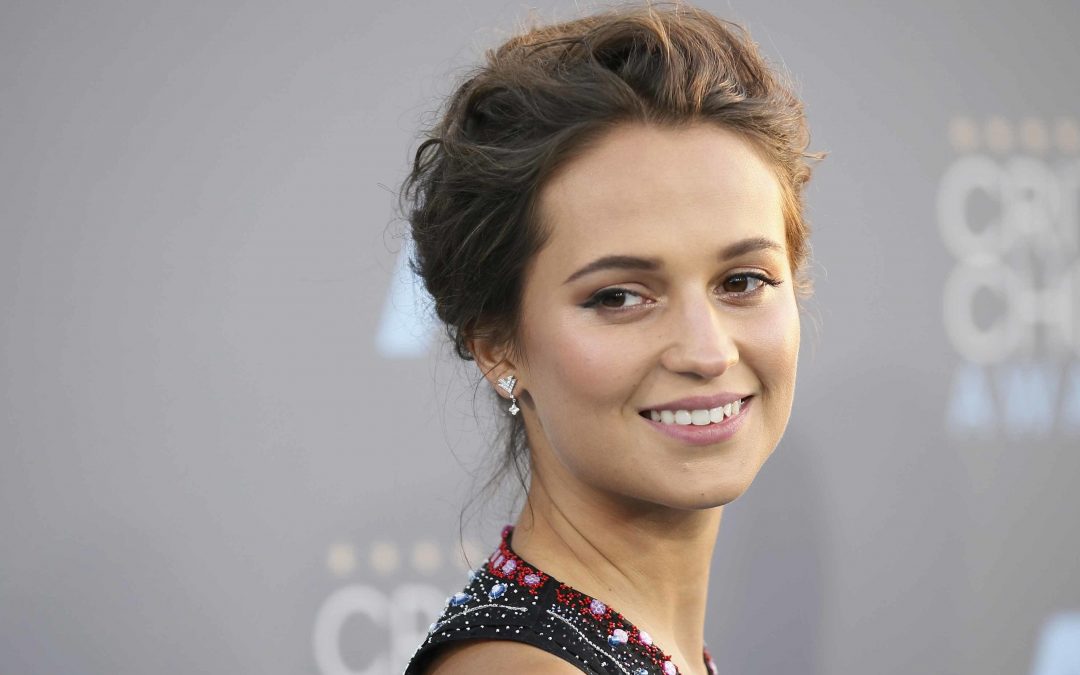 Attention all “Tomb Raider” enthusiasts — Warner Bros. and MGM have revealed the first look at Alicia Vikander as Lara Croft.

In newly-released photos, first published in Vanity Fair, Vikander is shown taking on the role first commandeered by Angelina Jolie in the 2001 big-screen adaptation of the hit Eidos action-adventure video game franchise, which has sold more than 35 million units worldwide.

The photos show Vikander — clad in the iconic tank top and cargo pants — on an island off the coast of Japan. Armed with a piece of wood (or archaeological discovery), she looks ready to fight in one of the images.

Norwegian filmmaker Roar Uthaug (“The Wave”) is directing the film, which also stars Dominic West (“The Affair”) and Walton Goggins (“Sons of Anarchy”). Graham King produced the film. He acquired the “Tomb Raider” rights in 2011 from Square Enix.

The pic will take a different direction than the original “Tomb Raider,” focusing instead on the video game series’ 2013 reboot, which chronicled Croft’s origins and her first mission as an archaeologist.

In an interview with GQ, Uthuag explained that the film will present an entirely new version of Croft that fans of the 2001 movie have yet to see.

“As an origin story, this movie will introduce Lara as a young woman who hasn’t yet found her way and her place in the world; a young woman with great spirit and potential,” he said. “We follow her struggles and her journey toward becoming the person she was meant to be and earning the role of ‘Tomb Raider.’”