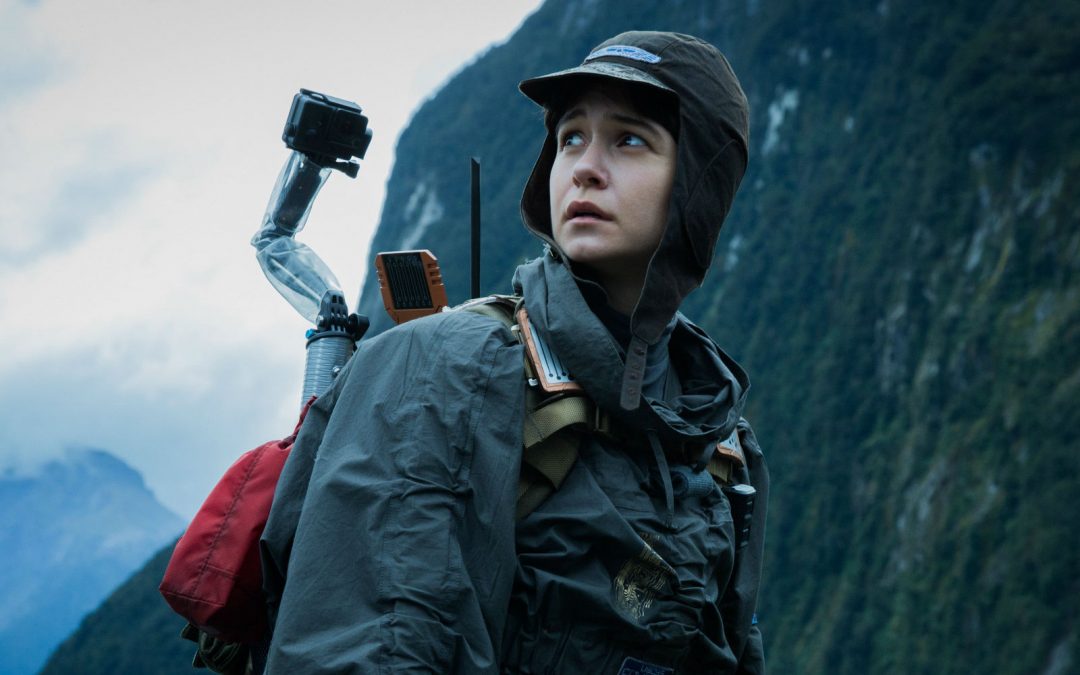 Ridley Scott’s official return to the ‘Alien’ franchise is essentially a ‘Prometheus’ sequel with Aliens in it.

Forty years ago, two movies rewrote the rules for science fiction. The first, of course, was 1977’s “Star Wars,” which made every child dream of space, introducing cuddly, nonsense-spouting aliens that could be brought home as toys. Two years later, Ridley Scott took the opposite approach, conjuring a nightmarish worst-case scenario of the unknown life — and death — that might be awaiting us out there in the void in “Alien.” The franchise has gone through a number of permutations since, but “Alien: Covenant” is, if nothing else, a return to form for both Scott and the series: a hard-R horror movie, featuring ferocious, acid-dripping space crustaceans, a tough female lead and a bunch of dead-meat crew members.

In short, it’s more of the same, which is both a relief to fans and a letdown to those hoping it might pave new ground. The personal enjoyment you derive from the film probably depends on what you thought of Scott’s 2012 semi-prequel, “Prometheus,” a high-minded sci-fi chiller that presumed to explain the origins of not just the “Alien” series but of mankind itself. Scott teased as much by suggesting that the off-canon entry contained the DNA of the “Alien” series, though its creatures weren’t nearly as scary and the mission was ultimately seen as a disappointment for the franchise’s most ardent fans.

“Alien: Covenant” attempts to have it both ways: Taking place in 2104, a decade after “Prometheus” and 18 years before the original “Alien,” this latest chapter is essentially a “Prometheus” sequel with aliens in it. Though the current movie is named for its spaceship, the Covenant, its plot concerns what became of Noomi Rapace and Michael Fassbender’s “Prometheus” characters, Elizabeth Shaw (who somehow survived a self-induced abortion) and renegade robo-butler David (dismembered but still functional), after they escaped a planet that looked like an insidiously dangerous version of Iceland.

“Prometheus” aside, it’s been two decades since audiences had a proper “Alien” movie, and fanboys’ appetites and speculation have been raging ever since Scott announced the project — to the extent that nearly every morsel of marketing has been digested and analyzed ad nauseam. None has been more misleading than the stand-alone “Last Supper” prologue released in February, in which James Franco appears for less than a minute as the Covenant’s feverish captain (be warned: that’s about as much screen time as he gets in the feature) and two of the crew members are revealed as gay — a suggestion that’s largely ignored in the movie, in which the couple’s relationship feels more buddy-buddy in its execution.

Maybe that’s because there’s not much call for homosexuals aboard the Covenant (these two, played by Demian Bichir and Nathaniel Dean, work security), since the ship carries 2,000 hyper-sleeping breeders on a mission to colonize Origae-6, a distant planet deemed capable of sustaining human life. Is the destination actually habitable? We’ll never know, since a “destructive event” forces synthetic Walter (Fassbender, playing a new-and-improved model of the more idiosyncratic David) to awaken the crew early. Franco doesn’t even make it out of his cryo-chamber alive, which leaves second-in-command Christopher Oram (Billy Crudup) in charge. Oram is written as a religious character, conflicted by issues of faith, although the trait feels like more of a nod to the movie’s grand existential dimensions than anything directly relevant to his behavior.

No matter what your belief system, “Prometheus” floated a blasphemous alternate theory for the origin of mankind, tracing it back to a race of giant marble-skinned beings revealed to have created life on Earth, and who later cultivated a virus capable of wiping out all animals on the planet, including humans. The opening scene of “Alien: Covenant” reminds us how synthetics came to be: They were the creation of a human named Weyland (Guy Pearce), whose android “son” David (Fassbender) has been obsessed with the idea of creation ever since, experimenting with a toxic black liquid he discovered in “Prometheus.”

Oram would surely have strong feelings about David’s misbehavior if the movie ever slowed down long enough let him consider the teleological questions raised by a robot playing God. Instead, Oram’s role is to redirect the mission to a nearby potentially habitable moon, which might shorten the mission but violates all kinds of logic when you consider that the 2,000 deep-sleep pioneers on board the Covenant are all bound for another destination entirely. As Daniels (Katherine Waterston), the dead captain’s widow, observes, “There’s so much here that doesn’t make sense,” and it’s hard to disagree.

Still, in an effort to appease “Alien” fans, Scott has returned the series to its horror-movie roots, unleashing a sequence of gory death scenes as four aliens body-snatch and otherwise terrorize the crew. By now, though, audiences are so familiar with how this species reproduces that there’s not much surprise between the point of infection (whether by microscopic spores or old-fashioned face hugging) and the moment that an alien embryo bursts out of the host’s chest. If anything, an impatience sets in, much as it does with zombie movies in which characters aren’t up to speed on the genre rules: In the world of “Alien,” humans don’t recover from these close encounters; once someone catches the virus, he or she is already a goner.

The novelty in “Alien: Covenant” comes in the form of two virtually identical-looking but differently wired synthetics, Walter and David, both played by Fassbender, whose poker-faced dual performance keeps us guessing as to where the androids’ allegiances lie. One will emerge as the film’s villain, while the other serves as its tragic hero; one seems capable of love, the other impervious to the paradox that “creation” comes at the cost of a seemingly infinite loss of life.

In the film’s best scene, David teaches Walter how to play the flute — an instrument that later serves as a deadly weapon. The moment is so compelling that we hardly stop to question how the filmmakers pulled it off with a single actor, and besides, few directors can compete with Scott in terms of sheer production value. “Alien: Covenant” looks as good as a blockbuster can, alternating stunning interstellar vistas with gorgeously lit character moments, courtesy of DP Dariusz Wolski.

And yet, as in his 2014 biblical epic “Exodus: Gods and Kings,” Scott has no qualms about wiping out an entire population in a single CG effects sequence, suggesting that the philosophical considerations here are superficial at best. “Alien: Covenant” may continue the “Prometheus” storyline, but it doesn’t share that film’s spirit — or else the characters might pause to show some interest in the extinct population that at one time inhabited the moon they’re exploring.

As acts of creation go, Scott has made an “Alien” movie for that segment of the audience that has always rooted for the monster.