‘Amerika Square’ Gets The Top Prize at LAGFF Orpheus Awards! 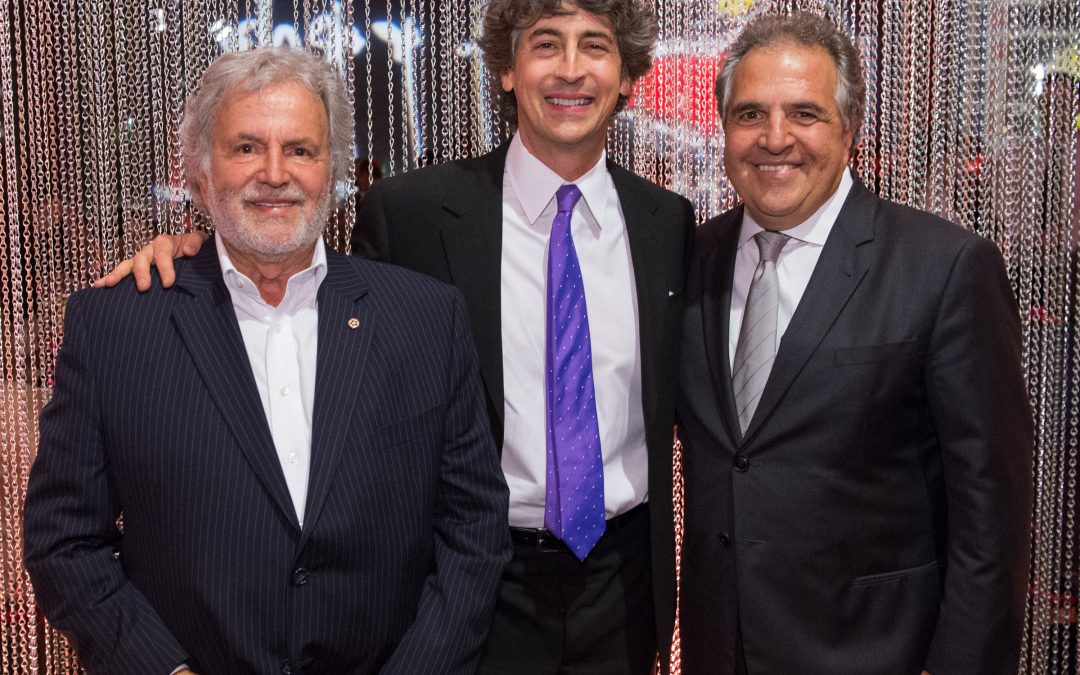 “Amerika Square” won the Orpheus Award for best feature at the Los Angeles Greek Film Festival Sunday evening. “Son of Sofia” received the runner-up Special Jury Prize for features. The films were, respectively, the opening and closing night pictures at the fest.

As part of the ceremony in front of a full house at Hollywood’s Egyptian Theater, Paramount CEO/President Jim Gianopulos (above, left) presented Oscar-winning writer/producer/director Alexander Payne (right) with the 2017 Honorary Orpheus. Payne screened an extended clip from his upcoming social satire “Downsizing,” set for distribution by Paramount in December.

Joked Gianopulos: “I love Alexander so much I went to Paramount just to be with him again.”

“Square,” directed by Yannis Sakarides, is a hard-hitting intertwining ensemble drama set amid the crisis atmosphere of contemporary Greece. “Sofia,” from Elina Psykou, while contrasting in style, is also rooted in the country’s immigrant predicament.

Constantinos Farmakas took best performance honors for his riveting portrayal of a young boy coming of age in “Boy On The Bridge,” directed by Petros Charalambous. The Special Jury Award for acting went to Evangelia Andreadaki, for “SMAC,” directed by Elias Demetriou, in which she plays a cancer patient who develops a complex relationship with a homeless man.

Earth Friendly Products’ Kelly Vlahakis-Hanks handed out the evening’s first awards with the Van Vlahakis Best Short Film Orpheus (named after her late father and fest supporter), with the statue going to Vangelis Liberopoulos’ “Play.” A Special Jury Award went to Konstantina Kotzamani’s “Limbo.” Earth Friendly Products has been a sponsor of the festival since its inception.

Actor Simon Kassianides (“Unforgettable”) presented the Orpheus Award for best documentary to Danae Elon’s “Patriarch’s Room.” The Special Jury Award in the category was picked up by duo Dim Papageorgiou and Alexandros Spathis for their documentary “Janus: Refugee Passage to Europe.”

Araceli Lemos, head of The International Project Discovery Forum (IPDF), which focuses on developing projects from Greece and the Balkans, gave this year’s Aegean Award to Hasan Serin’s “I Will No Longer Be Someone Else” and the MFI Script2Film Scholarship to Thelyia Petrakis’ “Brazil.”

Actor Christos Vassilopoulos (“The Last Ship”) presented the LAGFF Audience Orpheus award to Sotiris Tsafoulias for his feature “The Other Me,” a procedural drama with numerological overtones.