Cars 3: A Film In Review 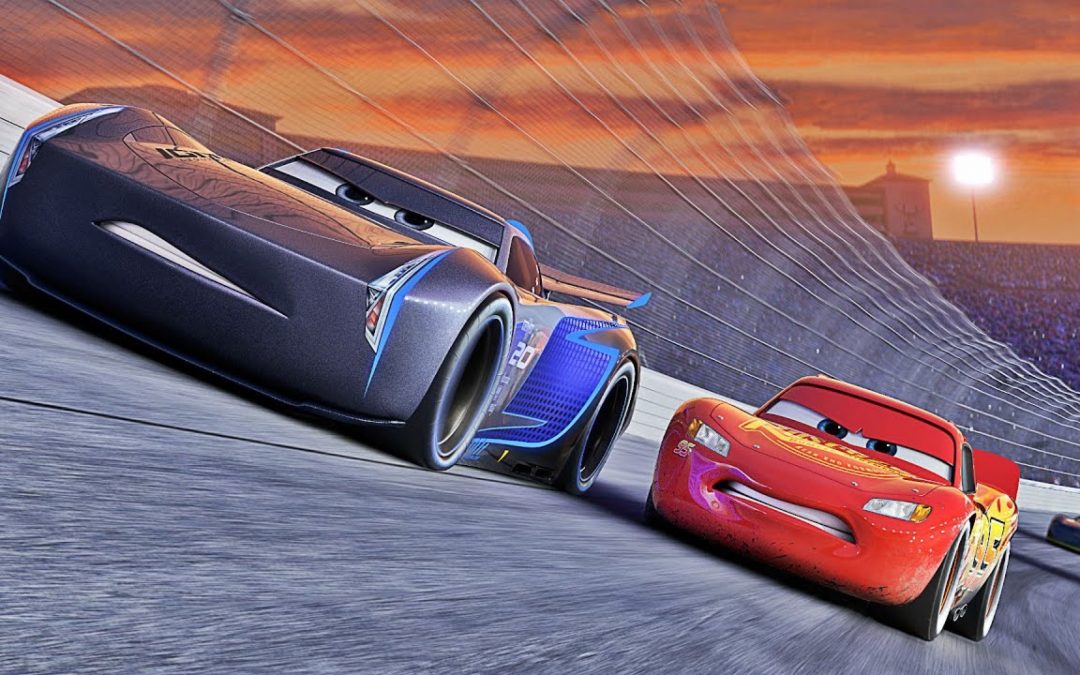 Lightning McQueen, now facing the perils of being past his prime, returns in a touching sequel that gets the series back on track.

“Cars,” back in 2006, was the first Pixar movie that was far more beloved by audiences than critics. That meant something, since Pixar had long been a critical darling. The movie struck many reviewers as being less heady and artful, more insistently conventional, than the “Toy Story” films or “Finding Nemo.” And after it was followed up by the critically revered triple whammy of “Ratatouille,” “WALL-E,” and “Up,” “Cars” languished, in reputation, as a “lesser” Pixar movie. Yet it found a deep place in the hearts of kids (and in many adult kids too), and the critics, in my view, were always too down on its shiny and sentimental off-the-beaten-track-of-Americana appeal.

It was clear that the co-director of “Cars,” the founding Pixar guru John Lasseter, felt close to the film and even protective of it, so five years later, when he made “Cars 2,” you can sort of understand why he shot the works. The sequel, with its globe-trotting chases and Rube-Goldberg-on-STP narrative that wound up spinning, almost deliberately, out of control, was a true Pixar oddball: a piece of candy-colored virtuosity that sent cars flying off in every direction, to the point that you could scarcely keep track of them. It was one of the most visually astonishing films in the Pixar canon and, at the same time, one of the most impersonal. Lasseter had upped the ante on “Cars” by making a work of technological pop art that it was almost impossible to care about. The movie was a commercial success, yet it seemed to leave the legacy of Lightning McQueen lying in the dust of eye-tickling dazzle.

“Cars 3,” though, pointedly swings the pendulum back. Lasseter, with “Cars 2,” may have made the movie he wanted to make, but as Pixar’s chief creative officer, he surely registered the mixed reaction to it, and “Cars 3” feels like it has been conceived and directed, with scrupulous love and affection (and a bit of baseline corporate calculation), “for the fans.” It’s the first “Cars” film that Lasseter has handed off to one of his trainee/protégés  — Brian Fee, who has never directed a feature before. Fee honed his chops as a storyboard artist, working on “Ratatouille” and the two previous “Cars” films, and what he’s come up with is an exceedingly sweet and polished fable that unfolds with a kid-friendly, by-the-book emotional directness. The CGI animation has a detailed lush clarity highly reminiscent of “Ratatouille,” and the picture moves at such an amiable pace that even the drawling, dawdling pick-up-truck doofus Tow Mater (Larry the Cable Guy) doesn’t slow it down.

Lightning McQueen, voiced by Owen Wilson with his inimitable scratchy jocularity, is now past his prime — a celebrated stock-car racer who has been doing what he does for so long that he barely realizes the rest of the world has raced him by. The movie poignantly captures the paradox of the high-tech era: that you become ancient simply by staying the same. There is, of course, a new kid on the block, a wide-bodied jet-black sports-mobile named Jackson Storm (voiced with unctuous palsy bravado by Armie Hammer), who casually hits rates of over 200 miles per hour with the use of state-of-the-art numbers-crunching technology. Trying to cruise ahead of this next-generation speed demon, Lightning is all bluff confidence, but really, he doesn’t have a chance. He wipes out, in a spectacular sequence of flipping velocity and crushed metal, and the damage he does to his lollipop shell is the least of it. What he needs to recover is his spirit.

He winds up going on another off-ramp ambling odyssey, though this one is organized by his sponsor: Sterling (Nathan Fillion), who has set up a glassed-in training facility complete with treadmills, wind tunnels, and the mother of all VR racing simulators. He assigns Lightning to a trainer, Cruz Ramirez (Cristela Alonzo), who sees him as a fabulous relic (“I call you my senior project!”). But after Lightning has a disastrous session on the simulator, and Sterling reveals that he basically wants to cash in on Lightning’s name to sell Rust-eze mud flaps, it’s time for our hero to get back in touch with his racing roots.

He burns rubber on the beach, and he and Cruz pay a visit, incognito, to Thunder Hollow, a down-home mudslide of a track that turns out to be a demolition derby, ruled over by a drawling schoolbus with fire-spouting devil horns named Miss Fritter (Lea DeLaria). At this point, Lightning starts to seem like Pinocchio as a donkey-eared Lost Boy: He has fallen low, and the humiliation barely seems worth the price. (He doesn’t even win the demolition derby.) There’s only one figure, it seems, who can save him: his old mentor, Doc Hudson, even though Doc has passed on. So he seeks out Doc’s grizzled old repair truck, Smokey (Chris Cooper), who shows him that retired racers never die — they just hang around in bars talking about the glory days.

“Cars 3” is very much a tale of mentorship, of learning how to give up your ego in order to bolster someone else’s. As such, it’s touching in a pleasingly formulaic, pass-the-torch way. It turns out to be a girl-power movie: Cruz Ramirez is a trainer because she never believed in herself as a racer, and it’s up to Lightning to set her straight. Yet even as I was moved by the story, with its gender paradigm shift, that didn’t stop me from wishing that Cruz was a more idiosyncratic character; she should have been wilder and funnier, defined by something other than her self-doubt. And while it’s nice, on some level, to have Doc Hudson back (the presence of the late Paul Newman in the role seems based on a combination of vocal outtakes, which are dandy, and impersonations, which work less well), that dimension of the movie almost can’t help but play as an overly deliberate retread of the original “Cars.”

On the short list of movie sequels that are great (“The Godfather Part II” being the ne plus ultra), both the “Toy Story” sequels loom as brilliant follow-ups that audaciously extend the appeal of the original “Toy Story.” That’s the bar that Pixar set for itself. “Cars 3” is a friendly, rollicking movie made with warmth and dash, and to the extent that it taps our primal affection for this series, it more than gets the job done. Yet in many ways it’s the tasteful version of a straight-to-DVD (or streaming) sequel. Audiences should come out satisfied, and in satisfying numbers, but the upshot is that this year’s Pixar film is a finely executed product rather than an inspiring work of animated artistry.