Review: ‘War for the Planet of the Apes’ 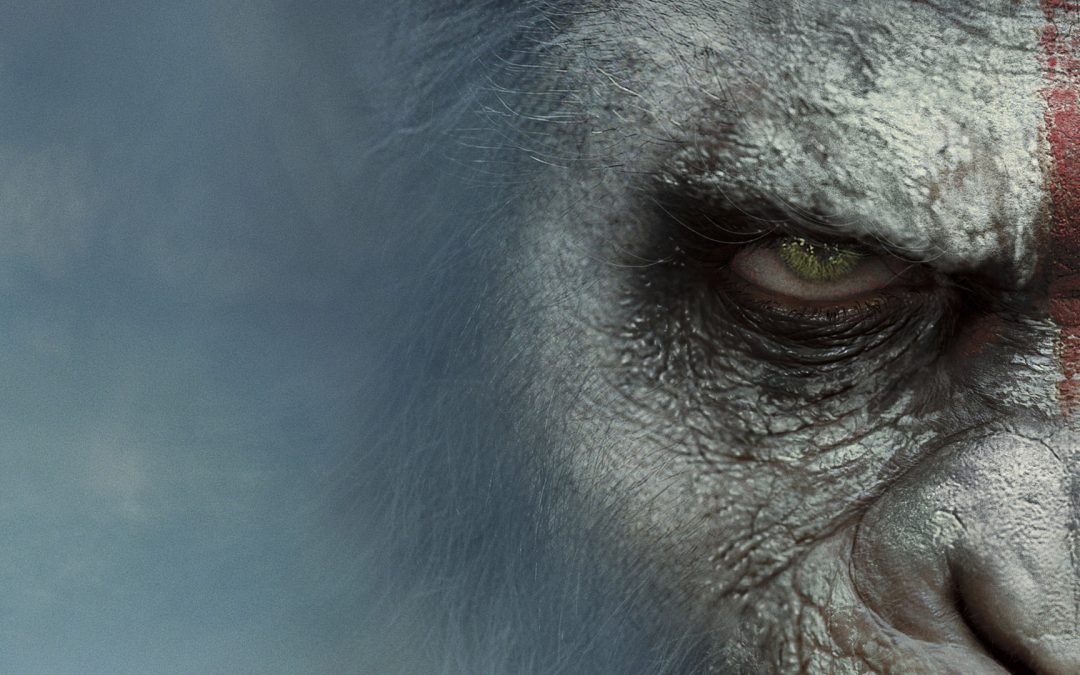 Like the apes it depicts, the technology behind the ‘Planet of the Apes’ prequels has evolved to act more human than the human characters.

In the original “Planet of the Apes” movies, Caesar and his simian co-stars were buried beneath layers of prosthetic makeup, severely limiting their ability to emote. In Fox’s recently rebooted “Apes” trilogy (three and counting), the computer-generated chimps appear more human than the homo sapiens — which is clearly what the series has been working up to. In purely technical terms, director Matt Reeves more than achieves that goal, although it requires rigging the screenplay and reducing the human characters to crass two-dimensional stereotypes in the process.

Dawn has risen, and “War for the Planet of the Apes” picks up at a point where the world has been divided into two camps: those deeply impressed by all that directors Rupert Wyatt and Reeves have done with the franchise, and those who couldn’t care less. If you already find yourself on the side of the “Apes” enthusiasts (a fittingly militant lot), then “War” will likely be a mind-blowing experience, upping the ante via both its bleeding-edge visual effects and the grim self-seriousness of Reeves’ approach. But not everyone is eager to cheer the annihilation of their own species — or to be told that we’ve squandered our time here on earth and that it’s time to turn the planet over to a more evolved species.

As in episodes one through three of the “Star Wars” franchise, Reeves is operating in revisionist-prequel mode, filling in the calamitous backstory that leads to a depressing present reality — except that in this case, he’s less concerned with mythology, approaching this chapter as an elaborate homage to such manly classics as “The Great Escape,” “The Bridge on the River Kwai” and “Apocalypse Now,” starring monkeys. For better or worse, the result is the most impressive anthropomorphic-animal adventure since “Chicken Run” — although impressiveness alone does not a good movie make.

In fact, “War” so desperately wants to inspire awe that Reeves and DP Michael Seresin (shooting on the large-format, ultra-hi-def Alexa 65) design every shot of the film as if it were a painting intended for the Louvre, getting the composition and lighting to look just perfect, often at the expense of the underlying narrative. Whereas 2011’s “Rise of the Planet of the Apes” (directed by Wyatt) offered a cautionary tale about genetic engineers playing God, and Reeves’ 2014 follow-up “Dawn of the Planet of the Apes” coincided with growing racial unrest (somewhat problematically equating apes to Malcolm X and Martin Luther King, Jr.), “War” fails to delivery a functional allegory.

Following a brutal prologue in which a team of human soldiers stumbles across a group of apes patrolling on horseback, the film abruptly switches sides, opting to identify with the misunderstood primates, led by Caesar (played by motion-capture maestro Andy Serkis), our hyper-intelligent chimp hero. The villain here is a human known only as “the Colonel” (Woody Harrelson), who sneaks into Caesar’s waterfall hideout to murder his wife and child in cold blood. The attack doesn’t make much strategic sense, costing the Colonel’s team more damage than he inflicts, and yet it’s certainly stunning to behold, as the human soldiers’ green-laser scopes pierce the darkness of Caesar’s base. More importantly, this tragic encounter gives Caesar a chance to emote — in extreme close-up, no less — as Reeves’ virtual camera studies his face, ensuring that Serkis’ every micro-expression reads loud and clear on his all-digital avatar.

Visual effects technology has come mind-bogglingly far since “Rise,” where the crew concentrated nearly all of its energy on rendering a single simian character, Caesar. In “Dawn,” Caesar was but one of an elaborate monkey ensemble, including different species who squabbled and fought among themselves. In that film, Caesar made a big deal about rejecting violence and trying to establish some kind of harmony between man and monkey. Now, he tosses all that wisdom out the window and sets out on a revenge mission, determined to make the Colonel pay for his crimes.

It’s a terrible idea, both practically (Caesar is completely outmanned) and in narrative terms, considering that “War’s” final scene reveals a solution where they might have avoided violence altogether by striking out to colonize what looks like an untouched expanse of National Park land. But Reeves is determined to do things his way, which means orchestrating a man-vs.-monkey conflict epic enough to justify the movie’s “War” title — represented by a gruesome concentration camp where apes are enslaved and later decimated by machine-gun fire (violence that would tip the film into “R” territory if it were directed at humans).

Rounding up a small band of loyal supporters — including fellow chimp Rocket (Terry Notary), right-hand orangutan Maurice (Karin Konoval) and sensitive gorilla Luca (Michael Adamthwaite) — Caesar sets off on a cross-country mission that takes him through snow-covered landscapes. Along the way, they discover a stunted zoo escapee known as “Bad Ape” (Steve Zahn, providing this grim film’s only comic relief) and a human orphan named Nova (Amiah Miller), rendered mute by the Simian Flu. As such, her linguistic skills lag far behind her animal saviors, and yet, she’s the only human who seems to accept the apes, a few of whom can speak (in long, drawn-out sentences that make for tedious dialogue scenes), while the others communicate via a combination of ape sounds and sign language.

For blocking purposes, Caesar nearly always has his back to whoever is signing — another indication that photoreal facial expressions seem to matter more to Reeves than the emotional truth behind them. In scene after scene, he lingers on Caesar’s face, encouraging us to marvel at the nuance of Serkis’ performance, as if every virtual tic and twitch reveals the character’s profound humanity — when in fact, it’s Harrelson’s cartoonishly over-the-top turn as the Colonel that makes Caesar seem so subtle by comparison. It’s fitting that the visual effects have advanced so dramatically since 2011, as it allows the series to suggest that its ape protagonists have evolved to an equivalent degree, and yet, “War’s” story is beneath their intelligence.

Reeves asks us to empathize with Caesar on a quest that defies everything the character has previously stood for, then gives him an easy way out when it finally comes time to exact his revenge. Likewise, he promises a war movie, then delivers a show-stopping avalanche at precisely the moment both sides are expected to do battle. By quoting from some of cinema’s best adventure movies, Reeves has safely satisfied the fanboy contingent, and yet the ease with which he eradicates the human race betrays an alarming soullessness that even the most pixel-perfect performance-capture can’t excuse.

Film Review: ‘War for the Planet of the Apes’