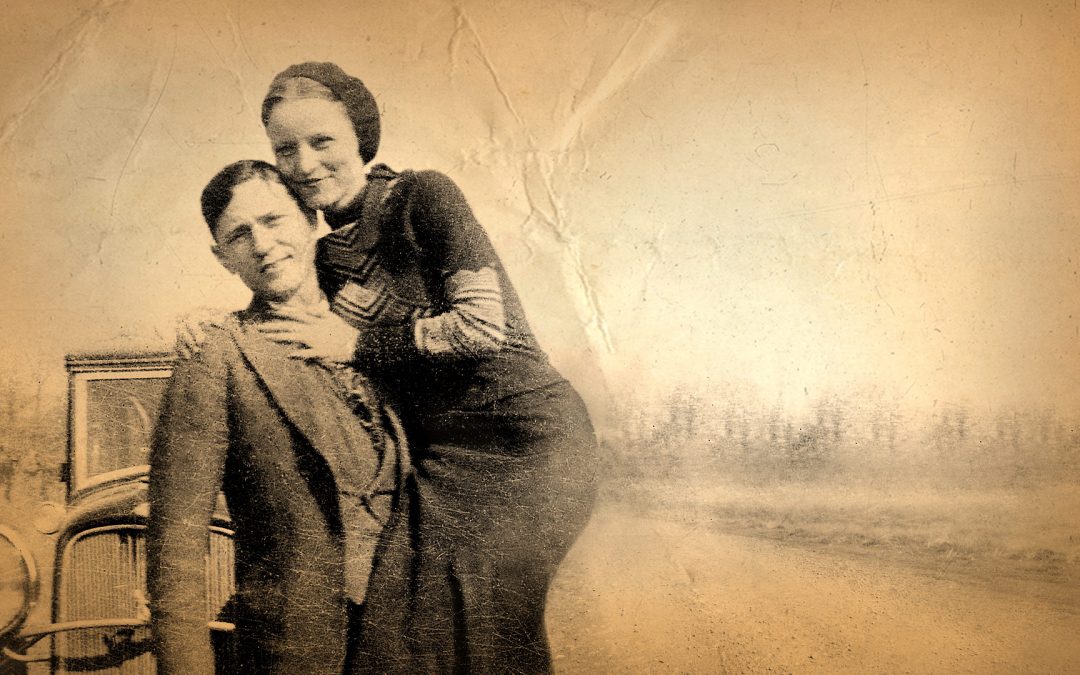 Fifty years ago today, American movies were born again. That was the day “Bonnie and Clyde,” the lethally disruptive and exciting gangster saga that brought on the implosion of Hollywood — and the reinvention of Hollywood — was released in theaters. The gun-on-the-run magnetism of Warren Beatty and Faye Dunaway; the ’30s desolation set to a jaunty bluegrass vibe; the bursts of violence and quick stinging death; the burnished colors; the screwball neurotic players (Gene Hackman, Michael J. Pollard, Estelle Parsons, Gene Wilder); the fantastic doomed recklessness of it all.

It took a while for “Bonnie and Clyde” to catch on. The picture stumbled out of the gate, and its studio, Warner Bros., had to reboot its opening. But once that happened, “Bonnie and Clyde” dunked the cinema in a baptism of style and blood and glamour and adulthood. It was a revolution both holy and unholy. From that moment on, American films would reach higher than they ever had — and lower. They would turn into a more towering art form and, in a number of cases, a more sensational and debased one. They would evolve into shoot-for-the-skies art, grindhouse pulp, and everything in between. “Bonnie and Clyde,” directed by the studio veteran Arthur Penn from a script by the New York media upstarts David Newman and Robert Benton, with Beatty serving as producer, drew on the spirit of insurgency unleashed by both those films. Godard, at one point, was even approached to be its director (a situation chronicled with definitive fascination in Mark Harris’s “Pictures at a Revolution”), and the blood-spattering violence of “Bonnie and Clyde” was as chewed over and debated, in editorials and on talk shows and at cocktail parties, as the savagery of “Psycho.”

What “Bonnie and Clyde” did, though, was to fuse all those impulses into a bold new classicism, one that heralded a new age of freedom. The movie looked forward and back at the same time. I first saw it at a drive-in theater with my parents, where I experienced it as a burningly romantic saga that I viewed, almost entirely, through the lens of the film’s ad campaign, which went like this: “They’re young. They’re in love. And they kill people.” Those lines exquisitely caught the film’s spirit.

To be young, of course, was a good thing, especially in 1967, and especially if you looked like Warren Beatty and Faye Dunaway, who in their ’30s gangster duds (notably the berets worn by Dunaway) were as beautiful — and as iconic in their beauty — as the Beatles or Bogart and Bergman. To be in love was most definitely a good thing. And to kill people? According to the poetic logic of advertising, that was a good thing, too, though the movie was, in fact, supremely ambivalent about the criminal violence it showed you.

Bonnie and Clyde didn’t want to kill people. They were desperate, stuck in the doldrums of the Depression, trapped in their own sensual hunger. Robbing banks was their ticket, their salvation, their high. Yet from the moment during their first crack at robbery when the bank manager gets shot through the eye, the film forced the audience to confront the collateral damage of its heroes’ actions. The astonishing audacity of “Bonnie and Clyde” is that it revels in the forbidden sexiness of living beyond the law, of doing whatever you want from moment to moment, yet it never lets Bonnie and Clyde off the hook. Hitched to the jostling thrill of its getaway-ride sequences, which raced along to the antic bluegrass joy of “Foggy Mountain Breakdown,” the movie is a tragicomedy about what it looks and feels like to want to live too fast.

Faye Dunaway’s Bonnie, writhing in lonely languor in her bedroom, has a pent-up sensuality so intense that early on, you can just about feel it wanting to erupt. It’s as if she’s singlehandedly carrying around the explosion of the 1960s that was about to go off. “Bonnie and Clyde” wasn’t conceived as a “counterculture” movie, but it soon became one, because its unique fusion of violence and melancholy and exhilaration expressed, in every frame, the spirit that had been lying there like an unlit fuse since James Dean: the barely verbalized desire for something more.

After “Bonnie and Clyde,” the saga of two homicidal lovers on the run would be reconfigured many times, in films from Terrence Malick’s “Badlands” to Robert Altman’s “Thieves Like Us” to Oliver Stone’s “Natural Born Killers.” But no movie caught the feral allure of living “outside of society” (to quote Patti Smith from the “Natural Born Killers” soundtrack) the way that “Bonnie and Clyde” did. Beatty and Dunaway were playing sociopaths, which the film winkingly acknowledged, but it turned their criminality into a soulful response to a reined-in world.

Nowhere does that come across more powerfully than in the film’s dance-of-death climax, where Bonnie and Clyde, ambushed by a Texas Ranger and his men, are riddled with bullets, their bodies jerking around like rag dolls. It’s the sequence that changed movies, because it blasted away any last vestiges of the Hays Code, opening the floodgates to a fearless movie culture in which anything could be shown.

It also changed movies because it’s one of the greatest sequences in film history. You feel, in every moment of it, the sting of death. Yet the part of it that has always haunted me the most comes just before the bullets fly. Birds rise up out of the bushes, giving Bonnie and Clyde a moment of warning that someone is hiding there. And then, in the space of a split second that lasts forever, the two gaze at each other, the film cutting back and forth between them, and what their eyes say in that endless instant is the most eloquent of visual sonnets: “Oh God this is it! Just like we knew it would happen. But we dreamed that it wouldn’t. And we don’t even have time to say goodbye. And I love you….” It’s one of the most stunning feats of direction, acting, and editing (by Dede Allen) ever done, and it seals “Bonnie and Clyde” as a romance in which love transcends death.

“Bonnie and Clyde” didn’t kill Hollywood, of course. In 1967, it was the spectacular domino that set off a chain reaction that toppled a studio system that was getting ready to collapse in on itself, sort of like the Soviet Union in 1989. Going forward, the youth audience would be targeted more potently by other movies, notably “Easy Rider.” Filmmaking itself would throw off many more shackles, especially after Robert Altman made “M*A*S*H.” But the thing I’ve always cherished about “Bonnie and Clyde” is that as daring as its attitudes are, it was made during the last days of the studio system, and it has the craft and symmetry and finely angled polish of a studio-system production. It’s a cinematic paradox: a work of high classicism that pulses with the shock of the new.

Maybe that’s why it had the vision to prophesize the end of the 1960s — a new kind of freedom zone — even as they were just kicking in. “Bonnie and Clyde” caught the revolution but was wise enough to know that living for the moment and doing whatever you want couldn’t work. That’s why the movie spoke so timelessly. It told the audience that life is precious, crazy, sexy, desperate, fleeting. It said hang on and enjoy the ride.