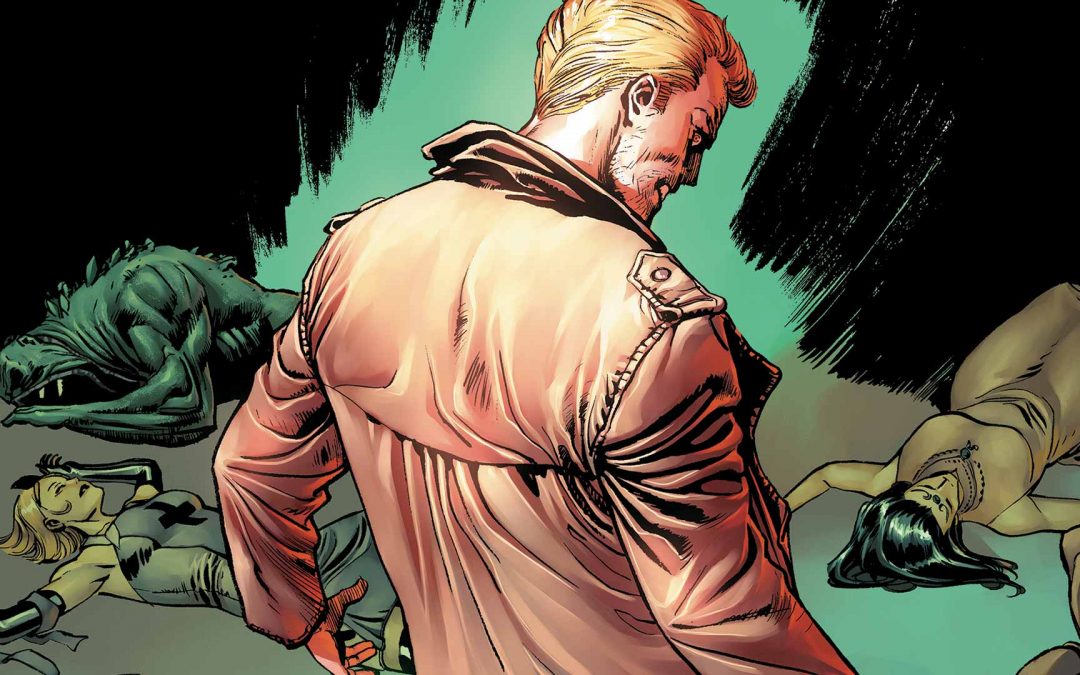 Johnstone was one of the handful of directors in the running to helm the film and while the studio has decided to hold off on naming a director, execs were interested enough in Johnstone’s presentation to allow him to do a pass on the screenplay.

The studio has been courting directors over the past couple of months after Doug Liman left the project to focus on Lionsgate’s “Chaos Walking.” While plot details are being kept under wraps, “Dark Universe” revolves around the superhero team of John Constantine, Swamp Thing, Deadman, Zatanna, and Etrigan the Demon. The film will play a major role in the DC Cinematic Universe.

Constantine was played by Keanu Reeves in a 2005 movie, as well as by Matt Ryan in the NBC series “Constantine.” Swamp Thing has also had his own movie, with Dick Durock playing the creature in Wes Craven’s 1982 film.

Johnstone’s biggest credit to date is “Housebound,” which earned strong reviews in 2014 and caught the eye of Peter Jackson, who has championed Johnstone since the film’s release. Johnstone is repped by CAA, Key Creatives, and attorney George Davis at Nelson Davis. Deadline Hollywood first reported the news.