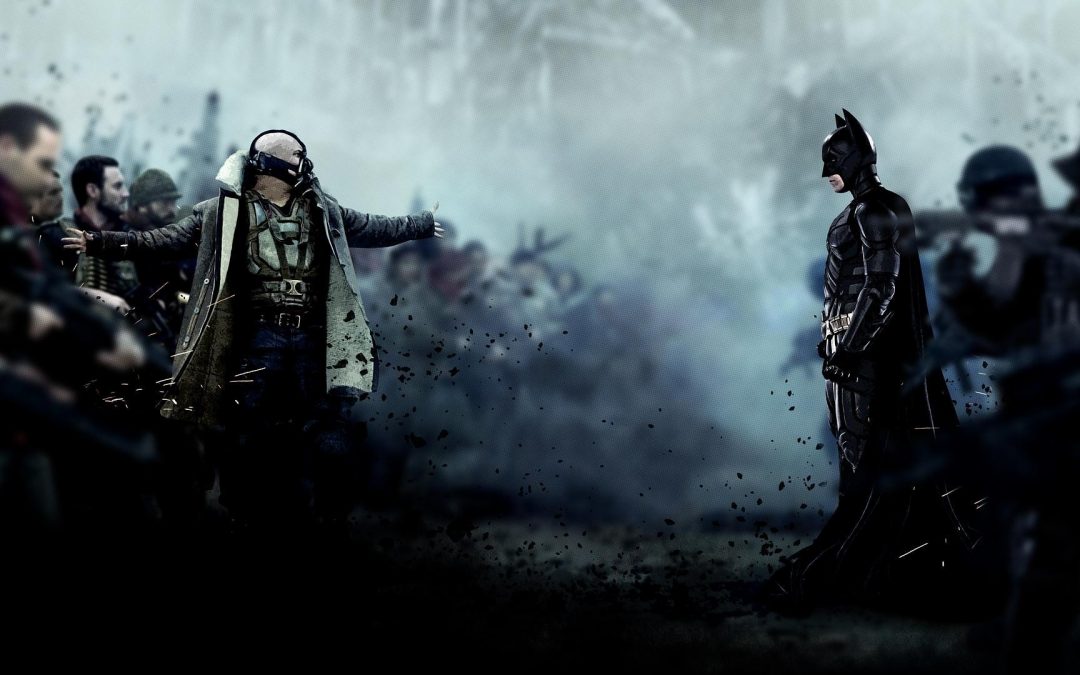 In conjunction with the world premiere of Scott Cooper’s western “Hostiles,” actor Christian Bale will receive a tribute to his screen legacy at the Telluride Film Festival this weekend. It’s a rare treat for the Oscar winner, who tends to avoid this kind of thing. But he’s passionate about the new film and, following a string of undeniable performances that many would say qualifies him as the greatest actor of his generation, now is as good a time as any to raise a glass to one of the great ongoing cinema careers.

Bale’s commitment to the form has been evident from the word go. A former child actor who effortlessly bridged the gap to an acclaimed run of commercial and art house successes, he has been noted for his versatility and dedication to character. His portfolio is wide and varied, so settling on his 10 best performances thus far, pre-“Hostiles” — let alone ranking them in a satisfying fashion — is a fool’s errand.

10. The “Dark Knight” Trilogy (2005-2012)
It’s probably unnecessary to break Bale’s work as billionaire Bruce Wayne and caped crusader Batman out in separate films. Across a trilogy, directed by Christopher Nolan, the actor capitalized on fantasy casting and delivered a grounded portrayal to hang a franchise on. When Warner Bros. got serious about rebooting the character, Bale’s name was already high on fan lists, thanks largely to how he handled an entirely different duality in the number-three movie on this list. Three movies and billions of box office dollars later, he had completed the kind of character arc rarely observed in the genre.

9. “The Machinist” (2004)
Bale famously dropped a scary amount of weight to play a man plagued by the edges of insanity, so haunted by his transgressions that he hasn’t slept in a year. The physical and mental commitment to the character is more than the material probably deserved, but Bale always shows up.

8. “3:10 to Yuma” (2007)
The understatement of Bale’s work in James Mangold’s 2007 western remake is what sends it soaring. There is a wounded masculinity at play, both thematically and within the performance, that he seems to understand thoroughly. A clenched sense of duty and integrity writhes around below the surface, and right in the face of showier portrayals from Russell Crowe and Ben Foster.

7. “The Fighter” (2010)
Bale won a supporting actor Oscar for his performance as Dicky Eklund, the drug-addicted brother-trainer to Mark Wahlberg’s amateur blue-collar boxer Micky Ward in David O. Russell’s film. It was a showy character but Bale steered clear of needlessly painting him with broad strokes. His considerable effort helps the film maintain a tonal tightrope walk throughout.

6. “American Hustle” (2013)
As slippery con man Irving Rosenfeld in David O. Russell’s spin on the 1970s FBI Abscam sting operation, Bale provided something essential to his best performances: layers. There’s a frazzled exterior to Rosenfeld (loosely based on real-life charlatan Mel Weinberg), but he’s a well-oiled professional as well, with a tender interior that dares to peek out at times. Bale also excelled in the role without overshadowing the ensemble, perfectly tuned as a cog in the overall machinery.

5. “Rescue Dawn” (2006)
The combination of Bale and director Werner Herzog held considerable promise, and it delivered. Taking on the role of Vietnam vet Dieter Dengler, the downed Navy pilot Herzog first chronicled in his 1997 documentary “Little Dieter Needs to Fly,” Bale suffered for his art, conveying the hardships Dengler endured as a prisoner of war. But beyond that, in the realm of character work, he conjured an enigmatic mixture that presented the very spirit of a man.

4. “The Big Short” (2015)
Mannered but believable, Bale’s Oscar-nominated work as eccentric hedge fund manager (and 2008 financial collapse prophet) Michael Burry was exactly what Adam McKay’s film needed. It was already manic in its depiction of heady material, but if it was going to adequately deconstruct a tragic chapter in modern history, it was going to need a showcase deconstructor. Bale adopted that role with aplomb.

3. “American Psycho” (2000)
Probably still his most heralded performance to date, Bale was a lightning rod in Mary Harron’s adaptation of the Bret Easton Ellis novel. Words like “dedicated” and “committed” fly around a lot when discussing his work, but they’re never so apt as they are here. There’s a simmering rage that often explodes on the surface, but there’s also an unsettling calm and strained affability that speaks so brilliantly to the character. In many ways it’s a movie about the crushing casualness of a performative existence, and Bale plays those notes deliciously.

2. “Empire of the Sun” (1987)
That Steven Spielberg has an eye for talent, eh? This really is one of the great child actor performances, and it seems Bale never gets enough credit for it. Tackling the role at 12 years of age, he displayed stunning range in the story of a young British boy’s experiences in Shanghai during the Japanese occupation of World War II. He also got to exercise some of those singing chops that would serve him well in “Newsies.”

1. “Out of the Furnace” (2013)
The word that comes to mind with Bale’s greatest (and certainly most undervalued) performance is “real.” It’s not just the natural chemistry he shares with on-screen brother Casey Affleck, but the unfussy ease with which Bale embodies the Job-like figure of Russell Baze, a blue-collar mill worker suffering day-to-day realities in decaying Appalachia steel country. Bale’s first outing with director Scott Cooper produced incredible results. This year’s Telluride Film Festival will soon reveal the fruits of their latest collaboration.