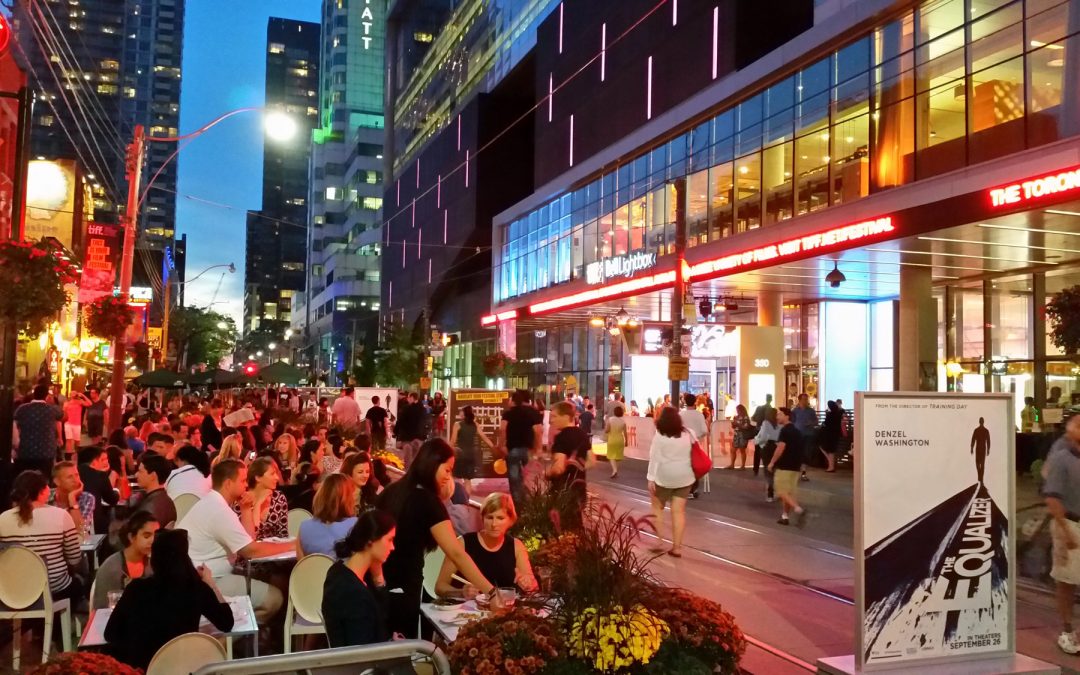 When it comes to the Toronto Intl. Film Festival, can less be more? Artistic director Cameron Baileythinks so, unveiling a leaner TIFF with 41 fewer features than last year (for a still-hefty 255 titles) and two less venues. Yet some top industry attendees say they perceive a shifting emphasis from acquisition titles to awards-season bait, in an effort to compete with Telluride and Venice, that’s hurting the event.

“The festival is trying to choose movies that are going to be relevant in the Oscar campaign, and limiting the volume of films takes a lot of its uniqueness away,” says Sony Pictures Classics co-president Tom Bernard. “Toronto’s taken a bit of a turn, where it seems to have created an ego about itself, rather than being the people’s festival.” And though Bernard acknowledges that the volume of TIFF features is still impressive — including eight from his own company — he’s concerned about changes in Toronto’s unofficial marketplace. “In the old days, there’d be around 15 movies bought there [from the lineup] that hadn’t been seen by distributors,” he says. “Now it’s maybe half that.”

But Bailey says “there’s been no such shift” from acquisition titles to Oscar fare. “As always, we invited the films that sparked the strongest positive response from our programming team. Some of them have North American distribution coming in [but] many don’t.” He cites a dozen available titles with A-list talent, adding that “nearly all of our films are available in multiple territories, and there are dozens of terrific foreign-language films that we hope will find distribution in North America. Ten of our 12 Platform films are available for acquisition in the U.S. So are 11 of our 20 Galas and 35 of our 65 Special Presentations.”

Bailey says tightening up the fest’s lineup and locations is a response to industry feedback. “We heard from many different elements within the industry that it was hard for individual films to stand out as much as they’d want them to,” he explains. “More of the festival will be happening in one concentrated area, so you’ll have to get in a cab less often. It’s all an attempt to give everyone who’s attending a better experience.”

IFP executive director Joana Vicente, whose IFP Week program helped develop Barry Jenkins’ “Moonlight” before Toronto’s Platform section showcased the Oscar-winning film following its Telluride premiere, is a fan of Bailey’s approach. “A festival needs to be a launching pad with star power, but you equally need to be discovering who the new voices of tomorrow will be, so I’m encouraged with what  they’re trying to do with Platform.”

Yet one top film seller admits the concerns of SPC’s Bernard are far from unique. “A lot of distributors say they’re sort of disappointed with the crop of available titles, but frankly, that’s because they’ve bought a lot of movies already and they’re launching them there,” says the seller, who requested anonymity. Indeed, more top indie films are now being purchased anywhere from the script stage to buyer screenings that are held just before their fest premieres.

“While it probably does slightly harm the chance for a discovery, it’s good that some of the fat has been trimmed,” Walak says. “In recent years you’ve had a lot more medium-to-low priority Toronto screenings, but this year there are available titles that are higher priority and very strong acquisitions opportunities.”

Many are also fine with the duplication of festival titles. “It really is the triple whammy of Telluride, Venice and Toronto where you get a sense of which films will engage critically and with audiences,” Walak says. “It’s a fascinating period, and Toronto offers an immediate response where you can see when you have something special in your project.”

Sellers are trying to navigate these more homogeneous waters carefully. “As studios have started to take up more slots and private screenings continue to increase, [TIFF] has become more competitive in terms of timing and scheduling films,” says UTA Independent Film Group head Rena Ronson. “Buyers tend to eye the top films that they deem as highly marketable and will focus on those for a few days.

Once they are sold, the focus shifts to the next group, and often times there are real gems that will get discovered. It’s all about being patient.”

Fortunately for Ronson, her agency’s seven films in the lineup include include some of the fest’s most anticipated films, such as “I, Tonya” (from star/producer Margot Robbie, co-repped by CAA and its former buyer, Miramax) and “Mary Shelley.” Other buzz titles include the Christian Bale-toplined Western “Hostiles” (also showing in Telluride, rare for a top acquisition title), the drama “The Wife” with Glenn Close, the road trip movie “Kodachrome” with Jason Sudeikis (each co-repped by CAA and WME), the action remake “Papillon” with Charlie Hunnam and Rami Malek (CAA), the rap battle comedy “Bodied” from music video director Joseph Kahn (ICM) and Morgan Spurlock’s doc “Super Size Me 2: Holy Chicken!” (co-repped by Tristen Tuckfield and Micah Green — of Dan Friedkin and Green’s new venture — and Cinetic). While all of these features were available at press time, a few might be snatched up before the fest.

Despite these and other top titles, Cassian Elwes (who produced “Mudbound,” which  bowed at Sundance and will unspool in Toronto, and exec produced the Nicolas Cage-toplined acquisition title “Mom and Dad,” repped by CAA and XYZ Films) sees other potential downsides to the changes. “Over the last 10 years, Toronto has built up to become a foreign marketplace with all the major foreign sales companies, and the reason why they come is because the festival shows a wide selection of movies, including films they’re trying to sell,” he says. “A lot of people are going to stop coming if there are just the same pics they’re distributing themselves or that they’ve seen elsewhere already.”

And what Elwes feels is Toronto’s new emphasis on being an awards-season stop “means people pushing the films have to spend a bunch more money to bring them and their casts to all these different festivals,” he says. “It’s boring. I just feel like it’s overkill now.”

Yet many projects launching within weeks of their TIFF bows mirror the award season’s growing importance in fueling fourth-quarter specialty B.O.

There’s talk that a few of this year’s sales titles, including “I, Tonya” and “The Wife,” might join that rare club of TIFF buys (like “Still Alice” and “The Wrestler”) that are rushed into theaters for same-year awards campaigns.

“But if your movie’s not coming out in the fall, you’re blowing a big amount of PR by putting it in Toronto,” Roadside’s Cohen says. “And because of the way reviews now play online within moments of a movie playing a festival, they can really decide its fate in an instantaneous way. If you’re seeing fewer [top] acquisition titles, that’s one of the factors.”

And as Focus’ Walak notes, “for us as buyers, it’s not so much just what’s in the festival — sales companies will have special screenings and promo screenings that really keep up the whole energy of the festival for us. If you’re in the [TIFF Bell] Lightbox, you can go up to the top floor screening rooms and see promo reels showing back-to-back. It’s a great opportunity to see them ahead
of AFM.”

Or nab a film like “Florence Foster Jenkins,” which Pathe sold to Paramount at an outside screening held in Toronto two years ago. CAA’s Media Finance Group, for example, has five private screenings with some of the biggest stars in the festival, including the Margot Robbie-toplined thriller “Terminal,” and the Keanu Reeves-toplined sci-fi pic “Replicas.” (Even Elwes might get a boost: rough footage from his film about fictional author JT LeRoy with Kristen Stewart and Laura Dern may be ready in time for buyers.)

Another reason for fewer big fest auctions, notes producer/sales agent Nate Bolotin of XYZ Films (who has six sales titles in the fest), is because more buyers “want to avoid competitive bidding situations, create stability and rely less on third-party acquisitions, especially some of the newer independent distributors like A24 and Neon.”

Despite a few naysayers, most agree that TIFF is one of the best-run festivals — which its artistic director takes great pride in.

“If you’re a distributor interested in high-quality cinema, I don’t know of a better place to shop than Toronto,” Bailey says. “This year we have 147 feature films making their world premieres, and most of them are available for acquisition in most territories. They include high-profile movies featuring A-list casts, some of the top documentaries of the year, attention-grabbing genre films and arthouse films that will land on best-of-the-year critics’ lists, either this December or next.”