Hugh Hefner created Playboy at his kitchen table in Chicago. The magazine was blamed for (or credited with) setting off a cultural revolution in America, but within a few years Hefner was branded a male chauvinist. He was a proponent of free speech and a champion of civil rights who was decried as a merchant of smut.

Hefner died Wednesday at the age of 91, the magazine announced in a statement, writing that he “peacefully passed away today from natural causes at his home, The Playboy Mansion, surrounded by loved ones.” 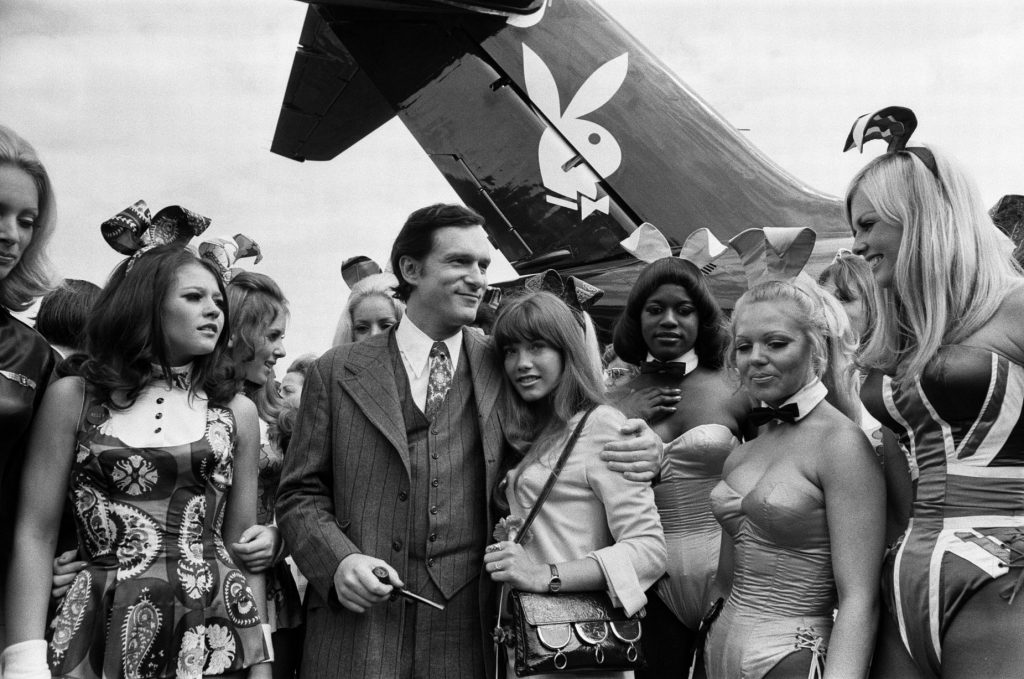 Playboy’ Snaps Out Of Its Never-Nude Phase

Hugh Hefner lived an exceptional and impactful life as a media and cultural pioneer and a leading voice behind some of the most significant social and cultural movements of our time in advocating free speech, civil rights and sexual freedom,” Hefner’s son Cooper, now the company’s chief creative officer, wrote in the company’s statment. “He defined a lifestyle and ethos that lie at the heart of the Playboy brand.”

Playboy published noted writers (Joseph Heller, Margaret Atwood, Norman Mailer) and distinctive interviews with acclaimed and controversial figures, including Fidel Castro, Miles Davis and Malcolm X. But who are we kidding? The magazine made millions because serious pieces were printed on the flip side of pictures of naked women.

In 2007, Hefner told the media, “The playmate of the month, the centerfold, came directly out of the influences of pin up photography and art from World War II and before. But what set them apart was what I described at the time as the girl next door: It all comes from that notion of being a fresh, wholesome, all-American person, and — in the context of the playmate — a sexual icon. The recognition … that nice girls like sex, too. Very revolutionary in the 1950s.”

“I get it for the articles”

In 1952, Hefner was working as a cartoonist for Esquire magazine in Chicago. When he was turned down for a $5 raise, he decided to try something new: Hefner gathered $8,000 from 50 investors, including his mother, to create a prototype for a new magazine. He found a 5-year-old shot of a nude model in the files of a Chicago calendar company and bought it for $500. The model was Marilyn Monroe, before she had become a star, and the magazine sold out in days.

Michael Hainey, who has worked as an editor at GQ and Esquire, says, “The joke about Playboy is ‘I get it for the articles.’ But in fact the journalism in it was profound. … [Hefner] was experimenting always with publishing controversial, cutting-edge stuff.” 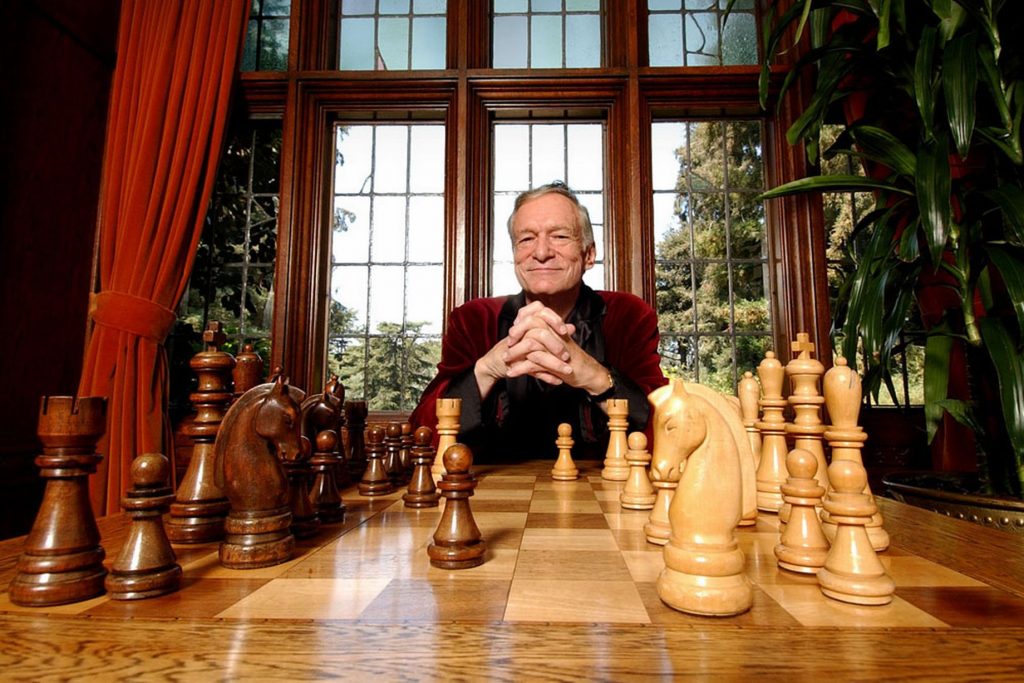 The 1950s were a buttoned-down time, but Playboy was unbuttoned — all about jazz, booze and swinging. The magazine’s success led Hefner to create Playboy Clubs in Chicago in 1960. He hired black comics like Dick Gregory and Bill Cosby at a time when most clubs were segregated, and he gave gigs to comic Lenny Bruce despite his many obscenity charges.

But Hefner’s profile as a hip, liberal activist was cracked by the rise of feminism in the 1970s, when he and Playboy were accused of demeaning women as sex objects. In 2003, on Playboy‘s 50th anniversary, Hefner told  the press, “I recognize that I remain — even after half a century — a controversial figure, but America has always had conflicts related to things related to sex. In other words, we remain essentially a very Puritan people.”

He also re-framed the sex object criticism, saying, “I think you ought to talk to the women who’ve been in the magazine and see how they feel about that. I mean, what is more Puritan than somebody who has a strong opinion about somebody else’s life and who disapproves of it because somehow or other it’s not their particular way?”

As popular culture changed, Playboy was caught between critics, who considered Hefner the emblem of anti-feminism, and competitors like Larry Flynt’s Hustler, who were explicit to the point of raunchy. Circulation declined, Playboy Clubs closed and in the 1980s Hefner handed control of the magazine over to his daughter, Christie Hefner. She told the press in 2003 that she believes the enterprise her father founded didn’t demean women. In fact, it elevated the struggle for civil rights and free speech.

“Sex was handed to us by the powers that be”

Hugh Hefner spent the last decades of his life more as a cultural symbol than a force. He relocated to a Southern Californian mansion (complete with a koi pond, game room, grotto and movie theater) to host lavish parties. But the host reportedly mostly stayed in his bedroom suite, working in silk pajamas on his round bed.

But the man who set out to surround himself with sexuality and extravagance looked isolated and lonely in his last years . He said in a statment “his eventful life had convinced him romance was an illusion”: 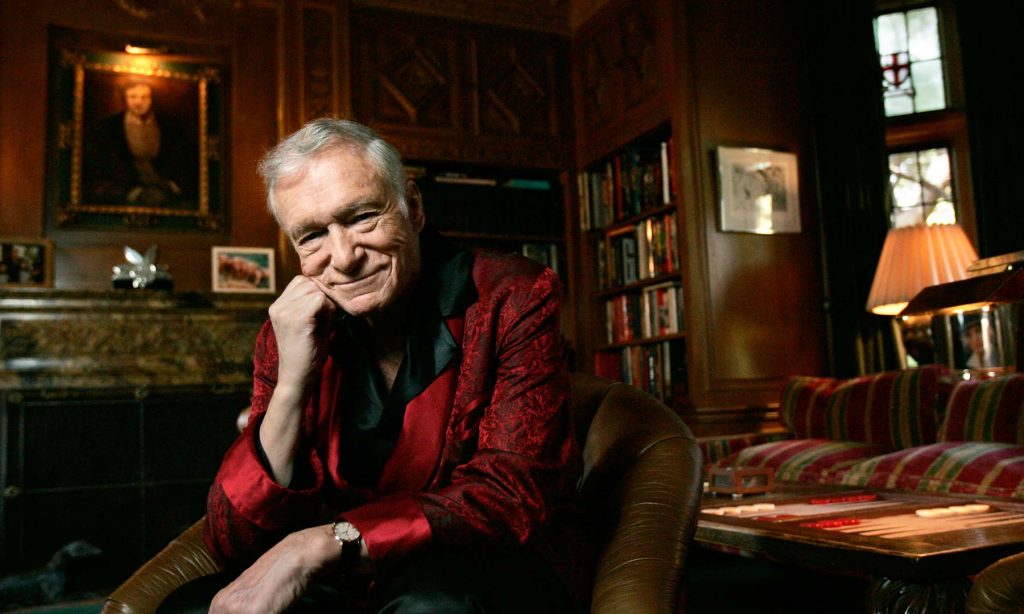