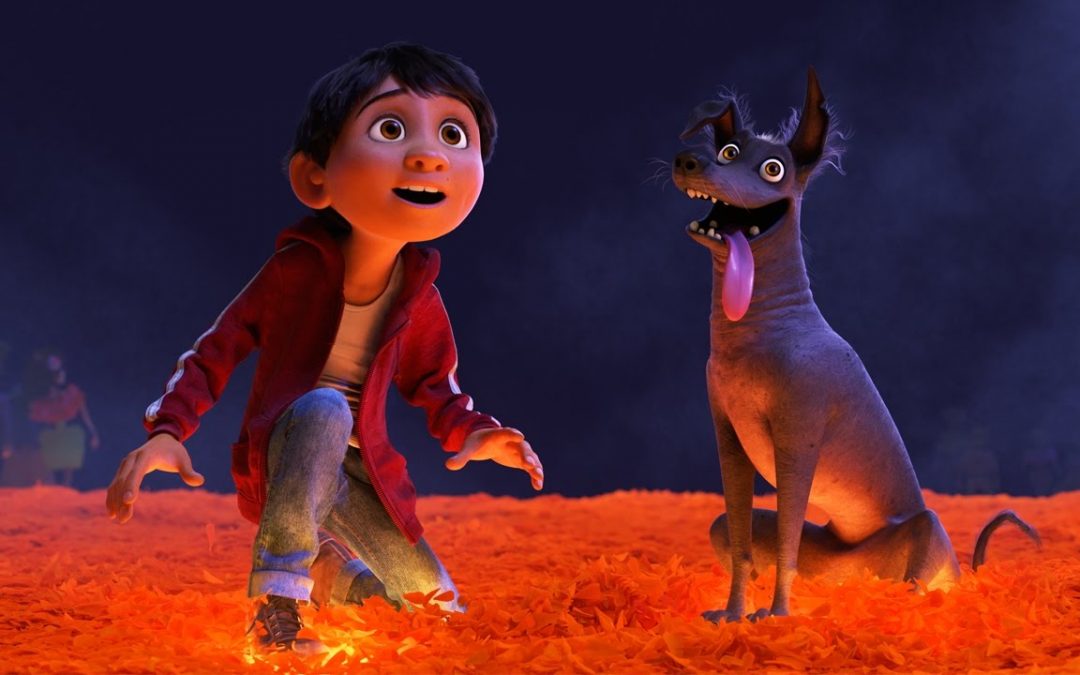 Conceived as a vibrant celebration of Mexican culture, writer-director Lee Unkrich’s “Coco” is the 19th feature from Pixar Animation Studios and the first to seriously deal with the deficit of nonwhite characters in its films — so far limited to super-sidekick Frozone in “The Incredibles,” tagalong Russell in “Up” and Mindy Kaling’s green-skinned Disgust in “Inside Out.” It’s a point worth making from the outset, not so much for political reasons (although they matter) but to indicate how this effective yet hardly exceptional addition to the Pixar oeuvre finds at least one significant front on which to innovate, even while coloring comfortably within the lines on practically everything else.

Like Remy, the rodent hero of “Ratatouille” who dreamed of working in a French restaurant, 12-year-old Miguel Rivera (voiced by Anthony Gonzalez) has just one passion in life: He wants to play the guitar. Unfortunately for him, Miguel belongs to a family of humble shoemakers where music has been forbidden for generations, ever since his great-great-grandfather walked out on his wife and daughter to pursue a career as a singer. Only in folk tales and cartoons do human beings make such inflexible rules, though it certainly simplifies the movie’s conflict.

In direct violation of the Rivera family rule, Miguel has taught himself to play the guitar, spending virtually every free moment studying the work of local singing legend Ernesto de la Cruz (Benjamin Bratt), who died young and handsome, leaving behind a trove of classic songs and black-and-white films — of which Miguel has memorized every line, look and lyric, singing along with his best-loved ballad, “Remember Me,” on his handmade instrument.

Like so many Pixar films before it, “Coco” indulges the belief that kids know best, while it’s up to adults to come around. In the case of this particular misunderstood child, Miguel’s job is to persuade his family to change their minds, preferably by performing in the annual Día de Muertos talent show in the town plaza. That would be story enough to drive a live-action movie, but in “Coco,” Miguel’s musical stash is discovered the day before the competition, and his defiance so upsets to his abuelita (Renee Victor) that she smashes the boy’s beloved guitar.

Rather than give up, Miguel sneaks into Ernesto de la Cruz’s mausoleum on Día de Muertos and steals the star’s prized guitar, unleashing a curse that forces him to travel to the Land of the Dead, where Miguel must seek his family’s forgiveness, as well as their blessing, before being allowed to return home — an Orpheus-like katabasis (as such epic journeys are called) in which he must travel the underworld and back to set things right. The rules of this quasi-religious (but mostly superstitious) Land of the Dead are plenty complicated but stated clearly enough for even little children to follow.

After reuniting with his relatives (who live on in skeleton form, rendered in such a way that they’re far less scary than anything in Tim Burton’s ghoulish “The Nightmare Before Christmas” ensemble), Miguel is torn between obeying his family and trying to find Ernesto, whom he’s come to believe was the wannabe musician who abandoned his family so many generations before. For Mexican audiences — or those who live in California, Texas, or any place with a visible Latino presence — the cultural iconography of the Land of the Dead ought to look quite familiar, as Unkrich (who previously oversaw “Toy Story 3”) embraces and incorporates the customs and folklore of Día de Muertos into the very fabric of the film.

From the altar-like ofrendas where family photos pay tribute to loved ones lost (whose spirits remain alive in this parallel realm, so long as they are remembered by the living) to the brilliant-orange marigold petals that serve as a bridge between the two worlds, Pixar’s art department makes stunning use of the holiday’s signature elements. The film’s elaborate prologue unfolds across a series of papel picado banners (the cut-tissue-paper streamers that line the streets during times of celebration), calling for a unique style of moving-silhouette animation reminiscent of the great Michel Ocelot. On the other side, fantastical, fluorescent-bright alebrijes (or spirit animals inspired by the country’s colorful folk-art sculptures) keep the dead company — while also providing a convenient excuse for Miguel’s Xoloitzcuintli street-dog sidekick, Dante, to accompany him on his journey.

So often, cartoon animal companions feel like concessions to the studio’s marketing department, but Dante serves as both an affectionate nod to Mexico’s oldest breed of dog — a scraggly, hairless variety whose daffy expression, googly eyes and lolling tongue recall Ed, “The Lion King’s” loony hyena, in less menacing form — and a kind of hapless underworld Lassie, providing comic relief and rescue opportunities in equal measure. The character who takes slightly longer to win us over is Hector (Gael García Bernal), a gangly con artist who comes to Miguel’s assistance, hoping that by helping the boy back to the real world, he might be able to cross over as well.

By this point, the Pixar machine has gotten so efficient that watching its movies can feel less like hearing a good story than sitting in on a well-polished pitch meeting. In “Coco” — which is named after Miguel’s oldest living relative, exquisitely rendered as a damaged soul wrapped in wrinkles — there’s a clockwork sense of what every character, detail and scene is doing (the mariachi band with which Miguel performs reappears later to help him sneak into Ernesto’s compound, etc.), giving the film an almost boilerplate efficiency right up until the big confrontation between Miguel and his idol, which doesn’t go at all how one might think.

It’s strange for Pixar — whose every employee clearly believes in the importance of creativity, sacrificing time with their own families to bring these incredible stories to life — to suddenly turn cynical toward showbiz. Sure, “nothing is more important than family,” but do Unkrich and co-writers Jason Katz, Matthew Aldrich and Adrian Molina really believe that, or are they spouting the platitudes that audiences want to hear?

Though undeniably gorgeous, none of this feels terribly original, from the film’s message to the look of the Mexican underworld, which so recently inspired another computer-animated feature, 2014’s “The Book of Life.” A bit too close to that toon for comfort, “Coco” feels like Unkrich and his story team (so good at perfecting and/or “plussing” Pixar’s projects) watched “The Book of Life” and thought, “Hey, we’ve got a better idea!” or “We can fix this!” and proceeded to make their own Día de Muertos movie.

In any case, it works: “Coco’s” creators clearly had the perfect ending in mind before they’d nailed down all the other details, and though the movie drags in places, and features a few too many childish gags (like skeletons who snap off their own arms and use them as nunchaku), the story’s sincere emotional resolution earns the sobs it’s sure to inspire, inevitably bringing Ernesto’s catchy “Remember Me” back around in a fresh context (if only the song itself were more worthy of remembering). In an era when young people are so easily seduced by celebrity, “Coco” reveals the emptiness of such adulation, poignantly teaching kids to preserve and respect the memory of their elders while reminding them that the source of true creativity is so often personal.