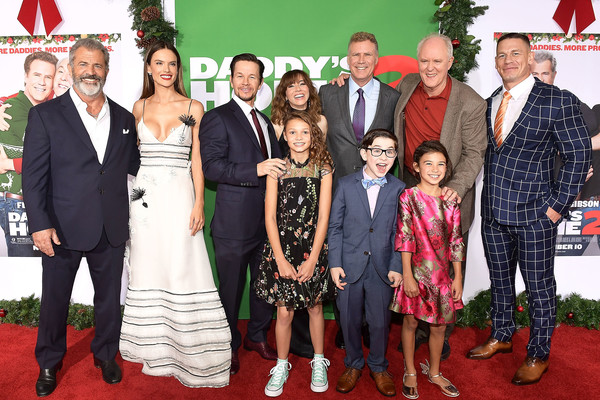 The holidays came early to Los Angeles as fans and cast members descended upon the Regency Village Theater on Sunday afternoon to celebrate the premiere of the new Christmas comedy “Daddy’s Home 2.”

“Daddy’s Home 2” revisits “co-dads” Brad Whitaker (Will Ferrell) and Dusty Mayron (Mark Wahlberg) as they try to raise their families together. However, their delicate balance is thrown out of whack when Brad’s father Don (John Lithgow) and Dusty’s father Kurt (Mel Gibson) both decide to visit for Christmas.

“Family is the most important thing,” Wahlberg said at the premiere. “In this film’s dysfunctional family, we have a lot of differences but we all come together for the good of the kids. It’s interesting how many things can go wrong around the holidays, everyone can identify with that, but ultimately it’s about spending time together and sharing.”

Lithgow echoed Wahlberg’s comments about the film and said he believes it carries a central message of overcoming obstacles and coming together as family. “Christmas is a whole holiday about hope and rebirth. We don’t always achieve that, but when we do it’s a beautiful thing. When Christmas works, it can do that.”

At the end of his introduction and thank you speech, director and co-writer Sean Anders hammered home the importance of family, calling upon the audience to help him sing “Happy Birthday’ to his son, who turned 12 that day.