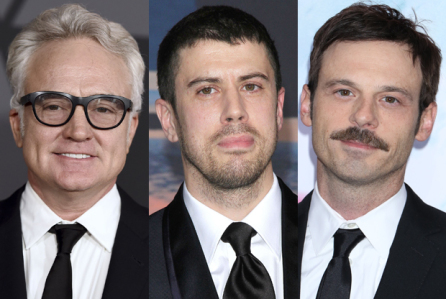 The project begins shooting next week in Los Angeles from a script by Phil Hay and Matt Manfredi. 30West will fully finance the film, with Fred Berger of Automatik producing alongside Hay and Manfredi.

“Destroyer” follows the moral and existential odyssey of LAPD detective Erin Bell, who, as a young cop, was placed undercover with a gang in the California desert with tragic results. When the leader of that gang re-emerges many years later, she must work her way back through the remaining members and into her own history with them to finally reckon with the demons that destroyed her past.

Whitford starred in Jordan Peele’s “Get Out” and can next be seen in Steven Spielberg’s feature “The Post,” starring Tom Hanks and Meryl Streep for Fox. He recently completed filming on “Godzilla: King of Monsters” for Legendary Entertainment and Warner Bros.

Kebbell was most recently seen reprising his role as Koba in “War for the Planet of the Apes” for Fox and playing both a live-action role as a helicopter pilot as well as the title role King Kong in “Kong: Skull Island” for Legendary Entertainment and Warner Bros.

Rocket Sccience is handling international sales, which began at the American Film Market, where Bliss Media acquired the distribution rights to “Destroyer” in China. ICM Partners and CAA are representing the North American rights.