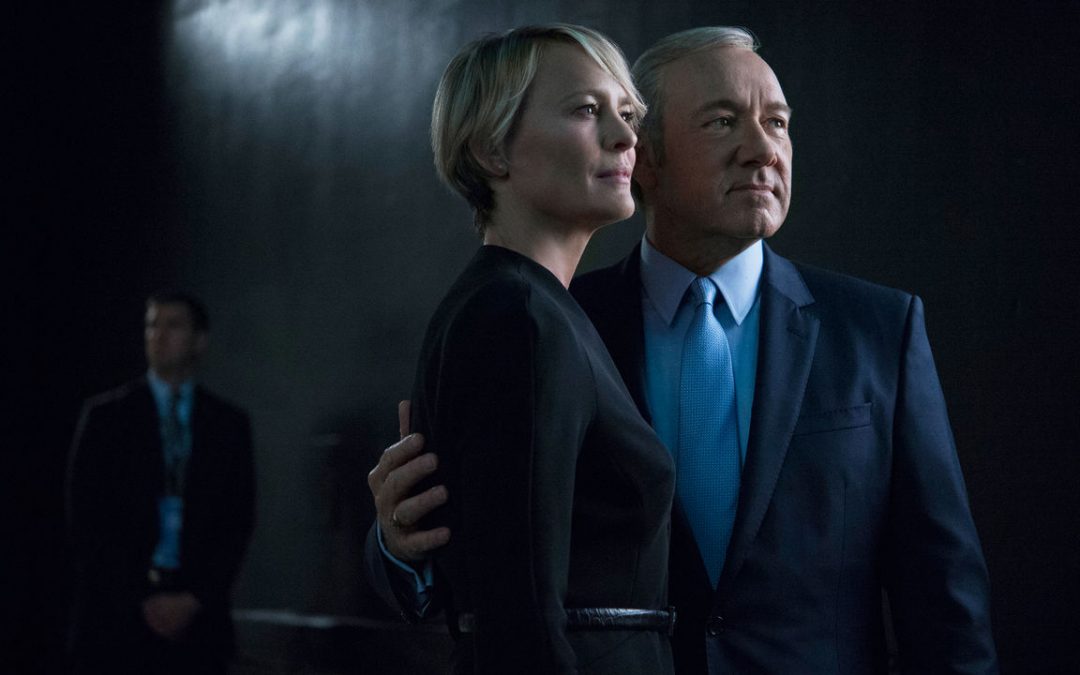 Netflix has reached an agreement to resume production on “House of Cards” season 6 — the show’s final season — in early 2018, according to chief content officer Ted Sarandos.

Season 6 of the political thriller will be eight episodes, starring Robin Wright, Sarandos said. The final season will not include Spacey, as previously announced. Each of the previous season have comprised 13 episodes.

“We’re really excited about bringing some closure to the show for fans,” said Sarandos, speaking Monday at UBS’s Global Media and Communications Conference in New York.

“House of Cards,” the first major original show to pop for Netflix, is produced by Media Rights Capital (MRC) and is shot in Baltimore. Sarandos said he was gratified to have reached the deal for the team of 370 people who directly work on the show and for “the 2,000 people in Baltimore” who have jobs working on “HOC.”

The media reported last month that “House of Cards” producers were contemplating killing off Spacey’s character — the devious political animal Frank Underwood — to focus on Wright’s Claire Underwood as a way to salvage season 6.

Last week MRC producers had informed “House of Cards” cast and crew that the hiatus on season 6 would be extended through Dec. 8 and that the crew will continue to be paid during the break. Now the pause on the production is extending into the new year.

Netflix is already a huge buyer of programming, and it’s jacking up the content budget for 2018 — projecting it will spend between $7 billion and $8 billion, up from $6 billion this year. The streamer’s content slate for next year includes around 80 original films through productions or acquisitions, Sarandos reiterated Monday, which he’d told investors on Netflix’s earnings call in October. One-third of all viewing on Netflix is of movies, he said.

For most movies, theatrical release is a “lousy business,” he said. “The question is, can you shake up the market enough for big event movies to be only on Netflix?” He said he’s hopeful theaters would screen a movie like “Bright,” the Will Smith cop movie directed by David Ayer set for Dec. 22 release, “because people want to go out on Friday night.”

Sarandos also said Netflix will expand animated feature films, potentially releasing four or five per year, and has 60 kids’ series in production along with 30 anime originals from Japan. In addition, Netflix will ramp up local-language productions, targeting 30 international scripted series around the world in 2018.

“We’ve been careful to not become a one-brand network. The way to do that is having a lot of the media, and executing in multiple genres at a high level,” Sarandos said, noting Netflix has made forays into unscripted shows and stand-up specials.

Netflix also is looking at developing “choose-your-own adventure” shows for adults, in which viewers make choices about the storyline, Sarandos said, after its debut of two interactive kids’ shows this summer, “Puss in Book: Trapped in an Epic Tale” and “Buddy Thunderstruck: The Maybe Pile.”

“The returning-series phenomenon is really exciting,” Sarandos said, adding, “Last year, there was zero anticipation of ‘Stranger Things’” before the show from the Duffer Brothers became a huge franchise.