Hugh Jackman says Goodbye to Wolverine, turns Down Bond and speaks on ‘The Greatest Showman’ 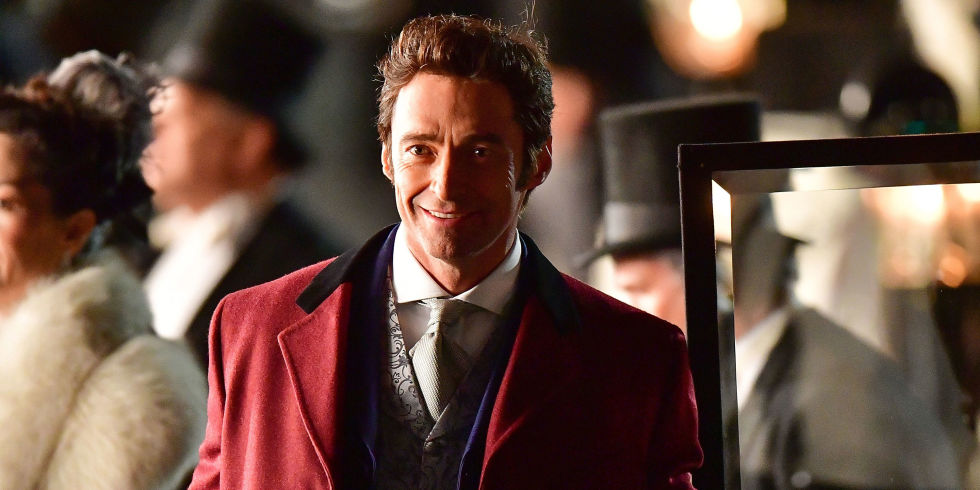 It was judgment day for “The Greatest Showman.”

The brass at 20th Century Fox and a cadre of financiers were descending on New York City to decide whether or not to give the greenlight to a musical biopic about circus impresario P.T. Barnum — one that by 2015 had been in development for seven years. In order to convince the studio, director Michael Gracey and star Hugh Jackman had arranged to do an elaborate read-through, with several Broadway greats playing supporting parts.

There was just one catch. Twenty-four hours before the presentation, Jackman had gone to the doctor to have a basal cell carcinoma removed from his nose.

“‘Michael, I have some good news and some bad news,’” Jackman said on the phone to Gracey. “The operation was a huge success; that’s no problem. But I’m in the surgeon’s office, and he’s not letting me leave until I call you and say there’s no way I can sing tomorrow.”

Fearful that people wouldn’t make the trek across country if they found out their leading man would need an understudy, the two men conspired to wait to share the bad news until everyone was seated. At the run-through, “Newsies” star Jeremy Jordan did the singing for Jackman while the actor mimed the stage directions. Concerned that if he burst into song, he would split his stitches, cause an infection and possibly disfigure a face that has sold millions of movie tickets, Jackman tried to stay silent. But at one key moment, when a power ballad titled “From Now On” was to be sung, Jackman strode to center stage, spread his arms wide and held forth with his burly, rafters-shaking baritone.

“Everyone jumped up on top of their seats,” recalls Gracey. “It was a euphoric moment. The man that everyone had come to hear sing was finally singing. That’s when we got the greenlight.”

On Dec. 20, the movie that Jackman willed into being and ignored doctor’s orders to deliver finally hits theaters. The actor’s $84 million passion project represents a big risk for Fox, which will spend more than $100 million to market and release the film worldwide. It arrives without having been road tested on Broadway, and with the rare, modern-day exception of “La La Land,” original movie musicals like “I’ll Do Anything” or “One From the Heart” have wilted on the big screen. Moreover, “The Greatest Showman” is unabashedly nostalgic. Whereas “La La Land” was grounded in a darker realism, this film is bright and ebullient, infused with a let’s-put-on-a-show spirit that’s been largely missing from cinema since the days of Judy Garland and Gene Kelly.

“It’s a risky proposition,” admits Stacey Snider, chairman and CEO of 20th Century Fox. “But I do believe it’s the antidote to these tough times. It was our goal to anticipate the zeitgeist and speak to the turbulence of our era by offering something that was joyful and optimistic at the holidays.”

On a blustery late-summer day, Jackman walks into Perry St, a posh SoHo eatery overlooking the Hudson. Even dressed down in a gray T-shirt and cargo pants, the six-foot-three actor with the gleaming smile and jet-black hair is every inch the movie star. He cuts a figure so dazzling that even here, a gathering spot for 1 percenters, patrons will glance over at the corner table where Jackman parks himself, hoping to catch a glimpse of the actor in an unguarded moment

Jackman looks revived after four months spent traveling with his wife, Deborra-lee Furness, and their kids, Oscar and Ava, to Greece, Italy and their native Australia. He’s ready to plunge back into work. Next week he’ll fly out to Colorado to spend time with former Sen. Gary Hart, whom he’ll be playing in Jason Reitman’s “The Front Runner,” and then he’s back to New York for four days of reshoots on “The Greatest Showman.”

Even Jackman sounds surprised that the Barnum musical got made, confessing that he put the odds at less than 50-50 that cameras would ever roll. Yet there was something about the story of this self-made man, who climbed the social ladder by displaying bearded ladies, tattooed men, sword-swallowers and other curiosities in his traveling circus, that he couldn’t shake. He had a kind of chutzpah that was infectious.

“He created this world that no one had even thought possible,” says Jackman. “He really, for me, epitomized the idea that your imagination is your limit in a time where things were very rigid and when the social position you were born into was the one you were stuck in.”

It’s been quite a year for the actor. Not only is Jackman hoofing it up as Barnum, but 2017 also saw him bid farewell to his signature role of Wolverine. “Logan,” his swan song to the world of mutants, was a critical and commercial smash, a bloody neo-Western that featured the clawed hero beaten up, grappling with his own mortality and staring down the neck of too many empty whiskey bottles.

“This was not a film about selling lunch boxes or action figures,” says director James Mangold. “It was oriented toward adults. The goal was to make something gritty that was also a character piece.”

Jackman says that despite playing Wolverine in nine films over nearly two decades, he had a hard time finding the heart of the cigar-chomping bad boy.

“I wish I’d started playing him like that 17 years ago,” he says. “So there’s some sense of missed opportunity, but when I saw ‘Logan,’ I sat there and I did have tears in my eyes. The main feeling I had was: “There, that’s the character. I feel like I’ve done it now.” And I was calm and at peace, but I’m going to miss that guy.”

Jackman could be forgiven for feeling uneasy in those initial “X-Men” films. He was a last-minute substitute who only got the part after Dougray Scott, the original choice, was forced to drop out when “Mission: Impossible 2” went over schedule. It’s an example, Jackman says, of the role that fate played in making him a star. He’d auditioned for “X-Men” nine months before shooting was scheduled to start and failed to land the gig. A chance visit to Hollywood changed his life.

“I was only in L.A. to do the paperwork for the adoption of my son,” Jackman remembers. “I had an agent at the time, and I gave him a ring and said, ‘I’m in town for a week. Is there anything I can read for?’ He said, ‘I’m hearing some whispers about [‘X-Men’] — let me make a few calls.’”

Patrick Stewart, who played the mutant leader Professor Charles Xavier in several “X-Men” films and in “Logan,” vividly remembers meeting Jackman when he came in to do his screen test.

“We’d been shooting for a week or maybe more, and we were running out of stuff to shoot without someone to play Logan. One morning this slender, pleasant-looking guy with a strong Australian accent is introduced to us all,” recounts Stewart. “He spent 15 to 20 minutes chatting, and by the time he was called to do his reading, we’d fallen in love. He charmed everybody.”

Jackman wasn’t as confident. He thought he’d blown the audition. As he left, he whispered to Stewart, “You’re never going to see me again.” Four days later he was stunned when he got a call telling him they needed him to come back.

At a time when Hollywood movie stars are a rare breed indeed, Jackman has leveraged the Wolverine films to bankroll a diverse number of personal projects and has emerged as one of the last of the bankable leading men. It’s a status he’s worked hard to achieve, not just in the care he’s taken in selecting films but in the hours he spends at the gym bulking up to superhero size.

“People always say to me, ‘Why are you in such good shape?’ and I always answer, ‘If I told you that you were going to be on film on a 40-foot screen with your shirt off, you’d be in good shape too.’”