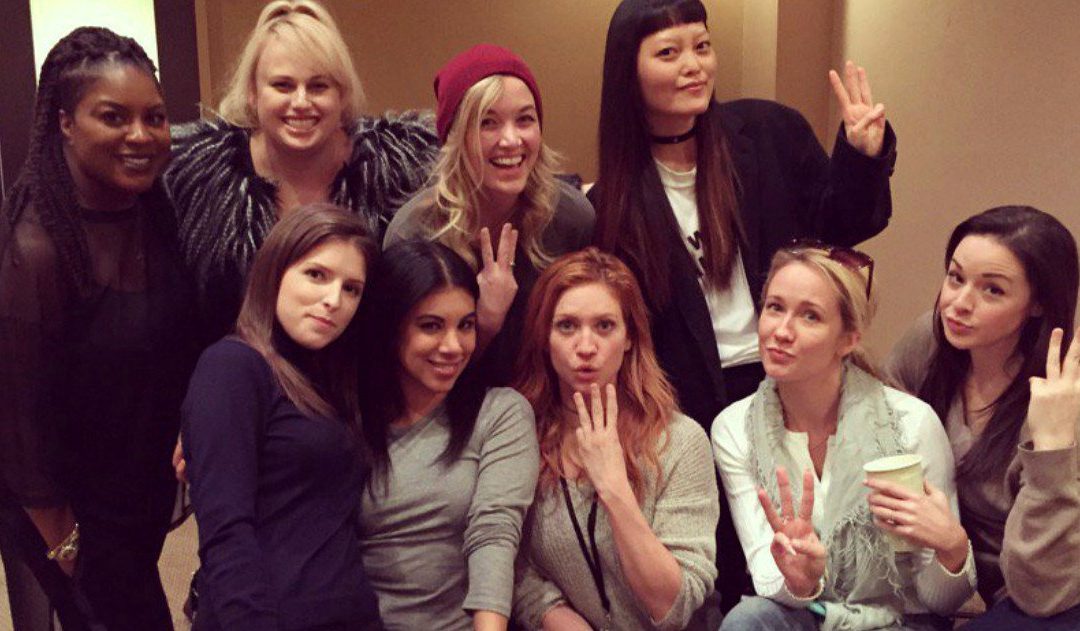 A great many people who now know the term “a cappella” probably didn’t before “Pitch Perfect,” in 2012, charmed and annoyed and tickled us with its happy skewed fusion of sunburst harmony and junior-catfight kitsch. Yet the “Pitch Perfect” franchise hasn’t always stayed true to the spirit of a cappella. The first film mostly did: The Bellas, the all-girl superstars of Barden University, sang in pop competitions without accompaniment, and though the music was processed and Auto-tuned to within an inch of its life, we basically heard the sound of their voices spun together into sweet-and-sassy frozen-custard perfection. In “Pitch Perfect 2” (2015), however, the synthesizers and drum machines took over: The numbers were bloated into a kind of soupy a cappella murk, and so was the movie, a low-camp bee-otch-fest that slogged on and on, well past the point when a film that treats pop singles like vocal ad jingles should have quit.

That makes “Pitch Perfect 3,” the final chapter of the trilogy, a return to form. (Yes, it’s a trilogy — though if this movie manages to crawl its way to $100 million domestic, I could see the Bellas coming out of retirement to win a spot on “The Voice.”) The new film doesn’t add anything revolutionary to the “Pitch Perfect” formula. It still sounds like we’re in middle-period “Glee” written by someone who finds Ryan Murphy too solemn. But as directed by Trish Sie, the movie is bubbly, it’s fast, it’s hella synthetic-clever, and it’s an avid showcase for the personalities of its stars: the skeptically pert Anna Kendrick, the radiant and vivacious Hailee Steinfeld, and the terrifyingly droll Rebel Wilson. All three deserve better movies but make the most of this one.

The Bellas, long past their college days, are now out in the real world, stuck in the drudgery of dead-end jobs. Even Beca (Kendrick), having established herself as a record producer, gets canned from her latest gig after a run-in with an egregious white rapper in rasta braids. So when the Bellas are invited, by one group member’s military father, to join a USO tour of Europe, they grab the chance to seize the day.

At the airport, they run into a rival ensemble whose members actually play instruments, and this allows the Bellas to get back to their a cappella roots in a series of face-off medleys. The Bellas do party songs (a whip-cracking “Get the Party Started,” etc.), then challenge their rivals to do “songs by people you didn’t know were Jewish,” a medley that includes Blondie’s 1980 hit “Call Me” (which made me go…really? And no, it wasn’t written by Chris Stein). The sequence succulently lays down the “Pitch Perfect” vibe, which walks a divine line between snark and sincerity: The songs are hooky bliss, served up with a heavily italicized frosting of hip-twitching feminist ‘tude.

In a way, these movies are all about the glory of showing off, and the Bellas do it big-time when they perform Sia’s “Cheap Thrills,” spinning around in red-and-white striped halter tops. They’ve got it together on stage, but after trashing the pad of DJ Khaled (playing himself), they use their wits to vault a series of absurdist soap-opera thriller obstacles.

Wilson’s Fat Amy — and it says so much about Wilson’s triumphantly hostile anti-P.C. energy that she’s called Fat Amy — has reconnected with her father, an Aussie gangster played by John Lithgow, who is such a good actor you would never guess he had ever been anything but an Aussie gangster. He’s after Amy’s $180 million inheritance (stashed by her late mother in the Cayman Islands), and when he kidnaps the Bellas and stows them on his yacht, there’s only one thing left for them to do: take over the joint by performing a version of Britney Spears’ “Toxic” that’s all elegant come-hither thrusts. When Amy crashes down into the number with a fire extinguisher, turning it into “Die Hard with a Groove,” you’re momentarily in some version of junk-movie heaven.

John Michael Higgins and Elizabeth Banks, now stepping back from her role as the director of “Pitch Perfect 2,” are on hand once again as the play-by-play commentators John and Gail, who are making an inept documentary film, and their whippersnapper repartee is funnier than anything in the last two Christopher Guest films. As for Kendrick, she holds the picture together with her airy diligence. When the Bellas, up on stage for the last time, do a percolating rendition of George Michael’s “Freedom ’90,” it’s an assertion of victory that I took, as well, to be the actresses’ declaration of freedom from the “Pitch Perfect” franchise. They’ve had a good run, but enough! There are higher things to aim for than being fatally catchy.