The Academy of Motion Picture Arts and Sciences has selected 10 films to move forward in the visual effects category for the 90th Academy Awards. 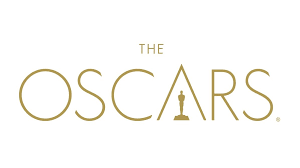 The Academy of Motion Picture Arts and Sciences has selected 10 films to move forward in the visual effects category for the 90th Academy Awards.

AMPAS made the announcement on Monday. The list is dominated by big-budget tentpole films such as “Blade Runner 2049,” “Dunkirk,” “Guardians of the Galaxy Vol. 2,” “Star Wars: The Last Jedi,” and “War for the Planet of the Apes” but also includes South Korean action-fantasy “Okja” and Guillermo del Toro’s Cold War tale “The Shape of Water,” which carries a budget of under $20 million.

“Guardians of the Galaxy Vol. 2”

“The Shape of Water”

“Valerian and the City of a Thousand Planets”

“War for the Planet of the Apes”

The original 1982 “Blade Runner” was nominated for a visual effects Oscar for Douglas Trumbull, Richard Yuricich and David Dryer but lost to “E.T. The Extraterrestrial.”

The Academy had announced 20 films that were under consideration on Dec. 4. That list included “Beauty and the Beast,” “Ghost in the Shell,” “Jumanji: Welcome to the Jungle,” “Justice League,” “Life” “Logan” “Pirates of the Caribbean: Dead Men Tell No Tales,” “Spider-Man Homecoming,” “Thor: Ragnarok” and “Wonder Woman.”

“The Jungle Book” won the category this year over “Deepwater Horizon,” “Doctor Strange,” “Kubo and the Two Strings” and “Rogue One: a Star Wars Story.” “Ex Machina,” “Interstellar,” “Gravity” and “Life of Pi” are the four previous winners.

Nominations for the 90th Academy Awards will be announced on Jan. 23. The 90th Oscars will be held on March 4 at the Hollywood & Highland Center.