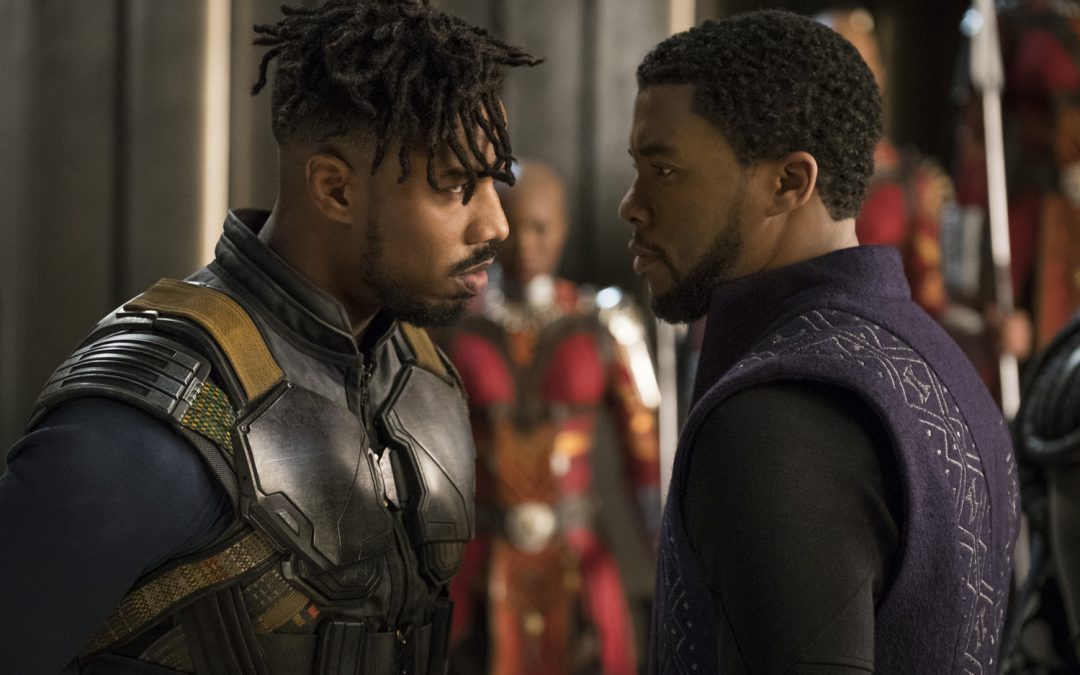 At a time when the movie business is undergoing a massive disruption, an early glance at the 2018 schedule looks like there will be plenty of strong reasons for moviegoers to leave home in the next year — maybe even in August, which was a box office wasteland in 2017.

The best bets include four powerful franchise films opening in May and June — “Avengers: Infinity War,” “Solo: A Star Wars Story,” “Jurassic World: Fallen Kingdom,” and “Deadpool 2” — along with intriguing new properties such as “Red Sparrow,” “Black Panther,” “A Wrinkle in Time,” “Venom” and “Aquaman.” Franchise films abound, including “Fifty Shades Freed,” “The Incredibles 2,” “Mission: Impossible 6” and “Fantastic Beasts: The Crimes of Gindelwald.”

Paul Dergarabedian, senior media analyst with comScore, said the upcoming May-June corridor is reminiscent of the same period of 2015, when “Avengers: Age of Ultron,” “Inside Out” and “Jurassic World” all became blockbusters.

“The early summer of 2018 is packed but having a franchise is no guarantee of success,” he added. “2017 had to be a wake-up call for the entire industry to convince them to do things differently because consumers now have access to unlimited entertainment content at home. So you have to give them a compelling reason to go to theaters rather than just presenting the same old kind of movies.”

The 2017 slate is winding up the year down about 2.5% to $11.1 billion from the record-setting total of 2016. It was a year when seemingly strong titles like “The Dark Tower,” “Justice League,” “Valerian and the City of a Thousand Planets” and “The Mummy” fell short of expectations — particularly on the domestic front, where the summer was the worst in a decade and August box office plunged by 35%. Attendance will be off by as much as 4%.

That presents a daunting challenge to the major studios — how do they persuade customers to show up at multiplexes when customers have endless choices elsewhere? Streaming services, led by Netflix, have been effective at creating buzzy shows such as “The Crown” and “Stranger Things” as a more cost-effective alternative to moviegoing. Eventually, the number of studio releases will likely shrink as Disney absorbs 20th Century Fox.

Still, the worldwide box office managed to grow and could reach $40 billion for the first time by the end of this year. China, which had slowed its explosive growth, came back to life this year.

Patrick Corcoran, spokesman for the trade organization National Association of Theater Owners, is not overly concerned about the domestic box office. He said that studios appear to have done a better job of scheduling for the upcoming year.

“2017 showed that when the movies are there, audiences will show up in record numbers, no matter what time of year,” Corcoran said. “A more balanced schedule in 2018 should build on an otherwise solid 2017. There are some very big titles in Q1 — continuing a recent lucrative trend – and a return to a more appealing summer, with August (essentially abandoned in 2017) boasting several potential crowd-pleasers.”

In chronological order, here’s a list (by no means complete) of the top box office prospects for 2018:

Jan. 26 — Fox’s “Maze Runner: The Death Cure.” Dylan O’Brien stars in the finale of the sci-fi trilogy, delayed because of injuries he suffered in 2016. The two previous films have grossed $660 million worldwide.

March 9 — Disney’s “A Wrinkle in Time,” starring Oprah Winfrey, Reese Witherspoon and Mindy Kaling in a time-travel fantasy. Ava DuVernay directs after helming “Selma” and receiving an Oscar nomination for the documentary “13th.”

March 23 — Universal-Legendary’s “Pacific Rim Uprising,” starring John Boyega and Scott Eastwood in another battle between the evil Kaijus and the Jaegers. The 2013 original grossed $411 million worldwide.

April 20 — New Line’s “Rampage,” starring Dwayne Johnson in an adaptation of the videogame about giant mutant animals on the loose.

June 1 — Fox’s “Deadpool 2,” with Ryan Reynolds reprising the wisecracking superhero opposite Josh Brolin as Cable. David Leitch succeeds Tim Miller as director. The 2016 original was beloved by fans and a surprise success with $783 million in worldwide grosses.

June 22 — Universal’s “Jurassic World: Fallen Kingdom” in the fifth iteration of the dinosaurs on the loose franchise. J.A. Bayona directs with Chris Pratt, Bryce Dallas Howard and B.D. Wong back in their roles from 2015’s “Jurassic World,” which grossed $1.6 billion world. Jeff Goldblum returns for comic relief in the form of Dr. Ian Malcolm from the first two films.

July 6 — Disney-Marvel’s “Ant-Man and the Wasp,” with Paul Rudd returning in a sequel to the 2015 original, which grossed $519 million worldwide.

July 13 — “The Nun,” a spinoff from “The Conjuring 2” about the death of a nun with Demian Bichir and Taissa Farmiga going to Romania to investigate. Opens on a Friday the 13th. The four Conjuring Universe films have combined for $1.2 billion in worldwide grosses for New Line.

July 20 — Fox’s sci-fi tale “Alita: Battle Angel,” based on the Japanese manga and produced by James Cameron and Jon Landau. It’s directed by Robert Rodriguez and stars Rosa Salazar. Cameron’s “Avatar” and “Titanic” are the two highest grossers of all time.

July 27 — Paramount’s “Mission: Impossible 6,” starring Tom Cruise, Ving Rhames, Simon Pegg and Rebecca Ferguson with Simon McQuarrie directing. Filming was halted for two months so Cruise could heal from a broken ankle he suffered during filming. The franchise has a worldwide gross of $2.77 billion.

Aug. 8 — Sony’s “Barbie,” starring Anne Hathaway in a comedy take on the iconic doll’s life. Production has not started yet so “Barbie” may not make the date.

Aug. 10 — Warner Bros.’ “The Meg,” starring Jason Statham with Jon Turtletaub directing a story about a giant pre-historic shark called a Megadolon. The project, based on Steve Alten’s 1997 novel “Meg: A Novel of Deep Terror,” was in development for more than a decade. Its original release date was going to be March 2, 2018. The four “Jaws” movies grossed a collective $800 million worldwide between 1975 and 1987.

Aug. 17 — Warner Bros.’ “Crazy Rich Asians,” starring Constance Wu and Henry Golding with John Chu directing the story of the rich and famous in Singapore. The film is based on Kevin Kwan’s 2013 best-selling novel.

Oct. 5 — Warner Bros.’ “A Star is Born,” starring Lady Gaga and Bradley Cooper, who also directs. It’s the fourth version of the story of a fading male star and a rising female singer, played by Janet Gaynor in 1937, Judy Garland in 1954 and Barbra Streisand in 1976.

Oct. 19 — Sony’s “The Girl in the Spider’s Web,” starring Claire Foy as Lisbeth Salander. “The Girl with the Dragon Tattoo” took in $232 million worldwide in 2011. The book franchise has sold over 86 million copies

Dec. 21 — Warner Bros.-Marvel’s “Aquaman” in the sixth iteration of the DC Extended Universe, in which Jason Momoa gets his own movie after appearing in “Batman v Superman: Dawn of Justice” and “Justice League,” which grossed $650 million worldwide. James Wan directs.

Dec. 21 — Paramount’s “Bumbleebee,” the first spinoff from the five-film Transformers franchise, which has grossed $4.77 billion worldwide.

Dec. 25 — Disney’s “Mary Poppins Returns,” starring Emily Blunt and Lin-Manuel Miranda in a sequel to 1964 original “Mary Poppins,” set amid the Great Depression in 1935 in the U.K. Rob Marshall directs. The original was a massive success with $102 million in box office.