Nicolas Cage and Selma Blair turn lethal in the new teaser for “Mom and Dad.” 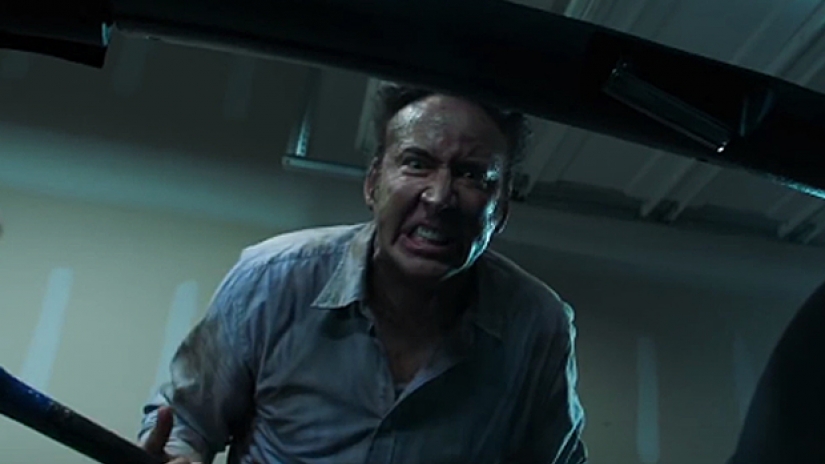 Nicolas Cage and Selma Blair turn lethal in the new teaser for “Mom and Dad.”

“They brought you into this world,” the trailer warns. “Now, they can take you out.”

Written and directed by Brian Taylor, the black comedy centers on a teenage girl and her younger brother’s attempt to survive a 24-hour period when all of the parents in the city are out to kill their children.

In the clip, Cage and Blair start as seemingly normal suburban parents who are complaining about their self-centered kids when they suddenly become violent. Parents then ambush the school yard with murderous intentions, while the news reports widespread attacks on children. At one point, Cage is seen eerily singing the “Hokey Pokey” while swinging a sledgehammer and hunting for his kids inside their home.

“Mom and Dad” marks a return to film for Blair, who has largely chosen TV roles in recent years.

Cage and Taylor previously worked together on 2011’s “Ghost Rider: Spirit of Vengeance.”

In his review for Variety after the film’s Toronto premiere, Dennis Harvey described the movie as a “giddy exercise [that] transcends mere bad-taste humor to become one of the great jet-black comedies about suburbia, destined for the same cult-classic status accorded ‘The Stepford Wives,’ ‘Parents,’ and ‘Heathers.’”

“Mom and Dad” is set to hit theaters on Jan. 19. Watch the trailer above.