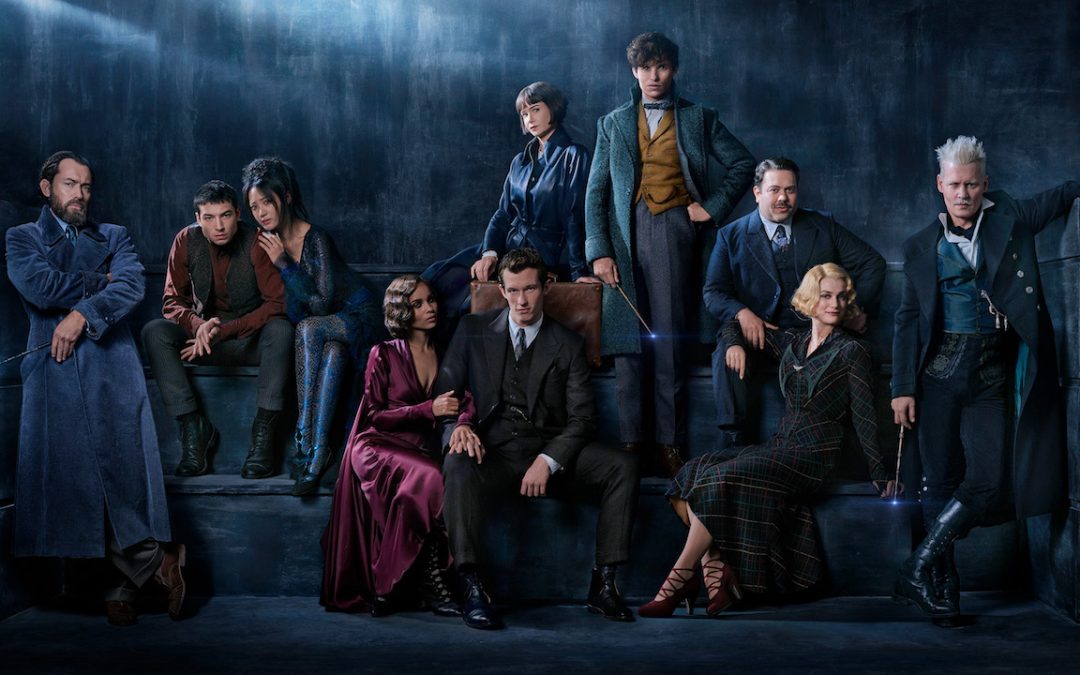 Warner Bros. has released new photos of “Fantastic Beasts: The Crimes of Grindelwald” featuring Jude Law as a young Albus Dumbledore and Johnny Depp as a young Gellert Grindelwald.

“The Crimes of Grindelwald” is the sequel to 2016’s “Fantastic Beasts and Where to Find Them” and will be the second of five planned films in the extension of the “Harry Potter” universe.

The film will follow magizoologist Newt Scamander (Eddie Redmayne) as he is recruited by his former teacher, Dumbledore, to put a stop to the evil wizard Grindelwald.

One of the new photos shows a young Professor Dumbledore perched on a desk, perhaps at Hogwarts, with some wizarding equipment behind him.

In another, Grindelwald stands in the street with his sidekick, Vinda Rosier (Poppy Corby-Tuech). Warner Bros. recently came under fire for not recasting the role of Grindelwald in light of domestic abuse allegations against Depp. The studio, director David Yates, and producers — including “Harry Potter” author J. K. Rowling — defended the decision to retain him.

Scamander also appears with his lovable muggle-baker sidekick, Jacob Kowalski (Dan Fogler). The end of the first film showed Kowalski having his memories erased after he’s exposed to secrets of the wizarding world.

The last photo shows Redmayne and Law conversing on set.

“Fantastic Beasts: The Crimes of Grindelwald” lands in theaters on Nov. 16.