“A Quiet Place” scores the second best domestic debut of 2018 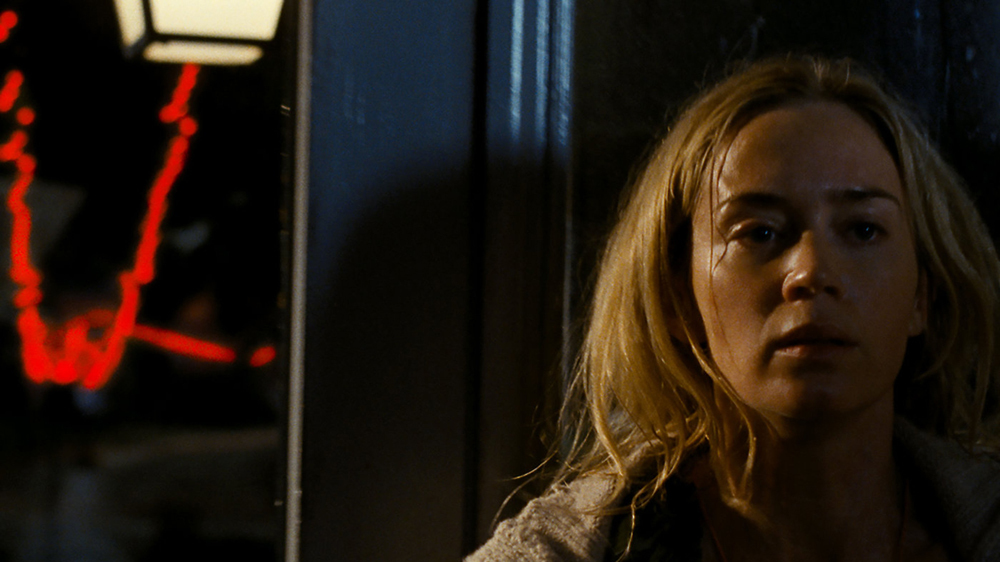 With a $50 million opening, Paramount Pictures’ “A Quiet Place” scored the second best domestic debut of 2018.

A fair share of movies this year had the potential to become a blockbuster (“A Wrinkle in Time,” “Pacific Rim Uprising,” and “Ready Player One” to name a few), but until now, few have reached that level. It’s been a season dominated by the monster success of one movie, “Black Panther,” which has made $1.23 billion worldwide.

In the wake of a series of misfires, however, horror movies seem to be having a moment at the box office with the genre generating over $1 billion the past year in North America alone, thanks to smash hits such as “Get Out,” “Split,” and “It.”

But being a thriller in itself isn’t enough for a movie to stick the landing. Here are seven reasons why “A Quiet Place” secured a strong box office debut.

Anticipation has been building for “A Quiet Place” since its first official trailer aired during the Super Bowl. But it wasn’t until the first time it screened, which was at the opening night of South by Southwest, that audiences knew what they were getting from the film. And sure enough, “A Quiet Place” drew massive attention when it debuted to rave reviews in March. “Word of mouth is so powerful,” Jeff Bock, a box office analysts, said. “It lights like wildfire when it catches the right demographic.”

While word of mouth definitely holds a lot of weight, a strong critical consensus doesn’t hurt. The supernatural thriller currently holds an impressive 97% on Rotten Tomatoes, as well as a solid B+ rating on CinemaScore. The Media’s Owen Gleiberman was among the praise, describing the film as “a tautly original genre-bending exercise, technically sleek and accomplished, with some vivid, scary moments, though it’s a little too in love with the stoned logic of its own premise.”

Horror movies usually have a simple premise, but it’s a film with a deeper message that can truly grab an audience. That was the case for racial satire “Get Out,” and to a lesser degree, the same could be said for “A Quiet Place.” At its core, Krasinski told the Media the movie is a metaphor for “parenthood, the idea of protecting your kids, and how far would you go to protect them.” However, critics have also pointed to the apocalyptic monster movie’s parallels of political unrest in America. “The deeper a film can go in terms of messages, the stronger it will be in terms of targeting more of a demographic,” Bock said.

Yes, fans will forever associate Krasinski with Jenna Fischer, his TV soulmate on “The Office.” But as celebrity power couples go, Krasinski and Emily Blunt will always be favorites. They’ve both worked in the biz for years, but “A Quiet Place” marks the first time the two have acted alongside each other on the big screen. It’s likely that audiences will be curious to see Blunt and Krasinski play a married couple with kids.

“A Quiet Place” is Krasinski’s third directorial effort, but his first for a major studio. “This ignites his career in terms of a director,” Bock said. “He hasn’t found his footing as an actor out of ‘The Office.’ It will be interesting to see what he does in terms of a director.” Krasinski joins a number of actors who took a turn behind the camera, including Ben Affleck, who won an Oscar for 2012’s “Argo.” “Krasinski could be on the brink of something big,” Bock added.

Aside from the PG-13 “Split,” the recent string of hit horror movies (“Get Out,” “It,” and “The Conjuring 2”) have been rated R. “It” had a massive $123 million debut, while “Get Out” opened with $33 million and “The Conjuring 2” with $40 million. Those are all impressive debuts for a thriller, though “A Quiet Place’s PG-13 rating lends itself to becoming more of a family film, which could have pushed it past estimates of $30 million up to the $50 million mark. That’s not to say a rating will make or break a movie, but it certainly allows for a larger demographic to come out for a film.

The box office was ripe for a hit. With April and May being light in releases, its been two months since a movie has taken cinemas by storm. It’s no surprise that “A Quiet Place” had a successful opening, but just how strong it debuted shows it can become a major player in weeks to come. With three weeks until the next potential blockbuster, “Avengers: Infinity War,” rolls into theaters, “A Quiet Place” has time to continue building an audience and to keep making money. In the meantime, Krasinski’s agent should just sit by the phone and wait for the offers to come rolling in.