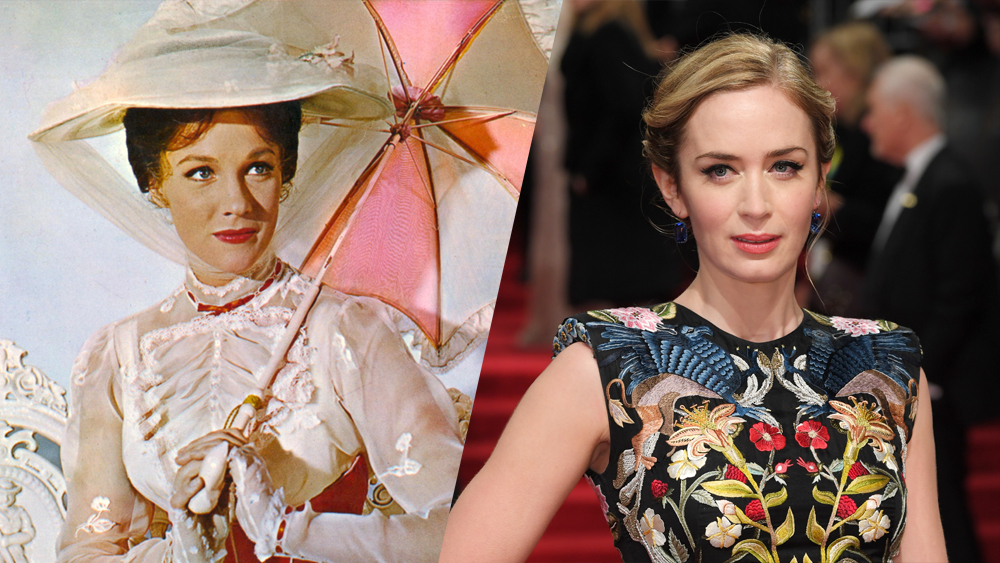 As soon as her husband finished describing the story, which centers on a family struggling to stay alive in a world in which lethal creatures hunt down anyone who makes noise, Blunt was convincing him to slide behind the camera, as well as star in the picture. After reading his re-write of the script, she realized that “A Quiet Place” should be their first on-screen pairing. She wanted to play Krasinski’s wife in the film, a pregnant mother desperate to keep her kids safe in a menacing world. But there was a catch.

“I read his version of the script and after previously saying he should cast a friend of mine, I was like, ‘you probably should call her,’” remembers Blunt. “I need to play this part.”

Critics loved the finished film, praising its thrills and scares, and audiences agree. “A Quiet Place” dominated the box office last weekend, picking up a mighty $50 million. Two weeks before the film premiered, Blunt braved a storm to sit down with the media in New York to talk about the film, her upcoming role in “Mary Poppins Returns,” and how she’s navigating Hollywood in the wake of the #MeToo movement.

Why did you want to play the part?

It represented my deepest fears in real life. It was something incredibly close to home for me, being a mother. I’m scared of being in a brutal world and not being able to protect my children.

I never watched them. John did his research. He watched so many, and I was like I will not be watching any of them. I watched most of “Get Out” and then I panicked and couldn’t watch any more. I loved it, but films like that keep me up at night.

This is a nearly wordless performance. What are the challenges of doing that type of acting?

I’ve always responded so much to the unspokenness of scenes, the kind of inner dialogue that goes on. Sometimes we’re led to believe it’s more impressive to have an exchange with rapid fire dialogue. It’s not necessarily the thing that grips me — lots of dialogue. It’s more about the space between people.

This family suffered a great loss. They really need to communicate and they can’t. There’s so many elements of regret and need for forgiveness and anger and loss and love. There’s so much need between these characters. They haven’t been able to resolve anything because they can’t talk.

Were you worried about being directed by your husband?

John and I are always quite protective of the projects that we do together. We were asked to do a number of things together, but it was never the right fit. We were looking to do something where the concept or the story would be bigger than the fact that we’re a married couple. People have just embraced “A Quiet Place” as an experience and a film and said, “oh yeah, they’re also married.” That’s what I wanted. I didn’t want our marriage to overshadow that this is a big, ambitious filmmaking move for John.