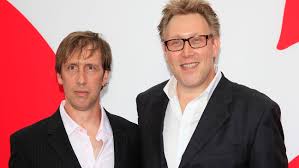 The film will follow a hardened CIA operative who finds himself at the mercy of a precocious 9-year-old girl, having been sent undercover to surveil her family. Bautista and Jonathan Meisner will serve as producers on the film, and STXfilms’ Drew Simon and Kate Vorhoff will oversee production.

“Jon and Erich have a unique writing style that is perfectly matched with Dave’s blend of action and comedy expertise,” said Adam Fogelson, chairman of STXfilms. “We had a great experience working with them on the script for ‘The Happytime Murders,’ and look forward to collaborating once again on this project.”

The untitled project was annnounced in October at the time that Bautista was starring in “Blade Runner 2049.” It is one of several projects STX is developing with Bautista, including the recently announced short-form action-comedy VR series from the company’s immersive content division, STXsurreal.