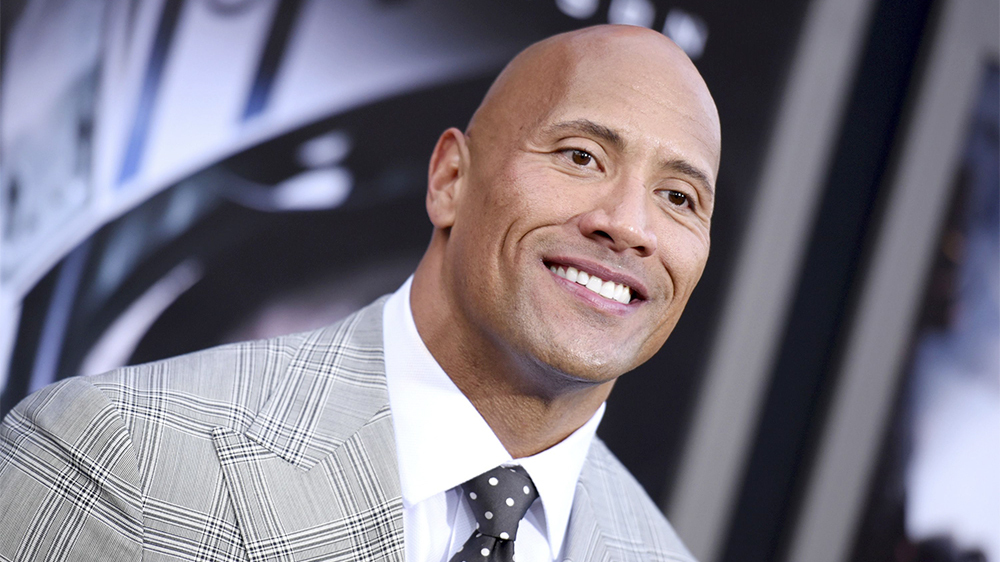 With less than stellar reviews on top of an already cursed genre, it’s a wonder “Rampage” wasn’t a total flop at the box office.

Well, it’s not a total wonder. After back and forth projections showed “Rampage” wrestling with “A Quiet Place” to see who would come out on top at the box office last weekend, there is one main reason the video game adaptation secured the crown: Dwayne Johnson.

“It’s good old star power at work here,” box office analyst Jeff Bock said. “There’s not that many people in this day and age who can pull this off.”

Did Johnson break the video game adaptation curse? Probably not. Did his sheer star power push “Rampage” to the No. 1 spot at the worldwide box office? It seems likely.

“Rampage” bowed with $34.5 million in North America, along with an impressive $114 million overseas for a global total of $148.6 million. In China alone, the sci-fi fantasy made $55 million.

“If it’s anybody else in this film, it would tank. It would be lucky to get to $20 million if Dwayne Johnson wasn’t in in,” Bock said. “It gives you an idea of his power at the box office.”

It’s not necessarily a clear cut win, in North America at least, given the film’s $120 million budget. But compared to recent video game adaptations, “Rampage’s” opening is nothing to complain about. In March alone, Alicia Vikander’s “Tomb Raider” premiered with $23.6 million, while “Pacific Rim Uprising” debuted with $28 million. In fact, it only took a 50% positive rating on Rotten Tomatoes to make “Rampage” the highest-rated of the video game adaptation movies.

“Audiences are tough on video game adaptations because they’ve performed so poorly in the past,” Bock explained.

It’s been a while since a tried and true movie star’s name has landed a movie alone. “That used to be reserved for Arnold Schwarzenegger and Sylvester Stallone,” Bock said.

That’s where Johnson steps in.

“He’s a global draw unlike anybody else today,” Jeff Goldstein, head of domestic distribution at Warner Bros., said.

It’s a rare thing. Sure, there’s Leonardo DiCaprio, Melissa McCarthy, and Robert Downey Jr., but after that, the list of actors who can still reliably draw a crowd grows skimpy. Jennifer Lawrence was a big hit in “The Hunger Games,” but she couldn’t entice audiences to “Passengers,” “Mother” or “Red Sparrow.” Johnny Depp used to be a star attraction, but now he mostly generates headlines for his messy finances and domestic abuse allegations. And Will Smith recently ditched the big screen for Netflix’s “Bright.” It’s hard out there for an A-lister.

Johnson’s massive overseas following definitely plays a big part in the global success of his films.

“Domestic is important, but not as important as it once was,” Bock said. “That number of of China is outstanding. $55 million? You combine Dwayne Johnson and giant monsters — that’s exactly why the film was greenlit, for China.”

That’s not to say that every Johnson movie is a sure-fire hit. But even when a movie tanks, (a belated congratulations to the Rock for earning a Razzie Award for “Baywatch”) the charismatic performer admits it with grace.

“He owns every good movie and every bad movie. Audiences like that,” Bock said. “He just wants to entertain people. You can’t live and die with every movie you put out.”

The multi-hyphenate shows no sign of slowing his roll. His next, “Skyscraper,” has all the ingredients for a summer popcorn blockbuster. It’s also the rare summer movie that’s not part of a pre-existing franchise. Johnson is the big draw.

“If the Rock wants to do it, somebody is going to fund that project,” Bock said. “He could easily win the presidency as well. That’s easy. Being a true blockbuster movie star, that’s difficult.”