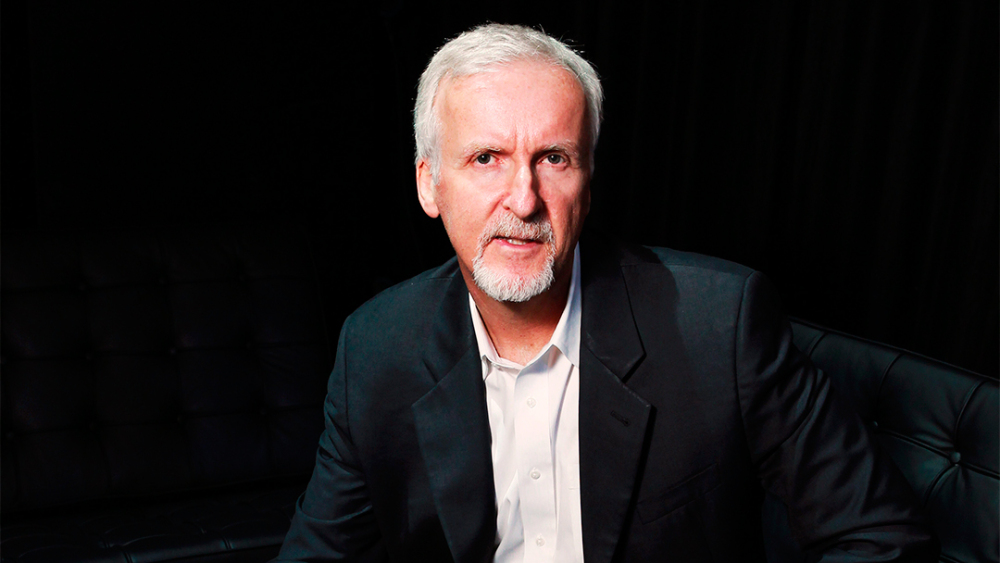 Filmmaker James Cameron is hoping to make moviegoers an offer they can’t refuse with the next round of “Avatar” movies by bringing an element of “The Godfather’s” epic sensibility to the world of Pandora. And he has plans to expand the story into a five-film epic if the first few are successful.

“It’s a generational family saga. It’s very different from the first film,” Cameron says. “In terms of the storytelling, I found myself — not for any reasons of the zeitgeist or what was popular — but I found myself, as a father of five, starting to think about, ‘What would an “Avatar” story be like if it was a family drama? If it was “The Godfather?”’ Obviously, a very different genre, very different story, but I got intrigued by that idea.”

Cameron points out that the five-film epic is “green lit” and he has personally committed to all of them, so he knows where he’ll be for the next six years. But whether or not the fourth and the fifth film gets made is dependent upon the success of the second and third films.

“We know the story through the end of 5, where it’s all going, but there’s no activity on 4 and 5 right now other than we’ve done most of the design work,” he says. “We know what the characters and the creatures and the places and so on look like, but we don’t have any active teams building models and that sort of thing right now. Wait until we get through the first phase of production cycle.”

The cast and crew recently marked their 100th day of conjoined production on the second and third films, which Cameron reveals is a continuation of the same characters from the first film but with a multigenerational aspect added.

“What happens when warriors that are willing to go on suicide charges and leap off cliffs on to the back of big orange toruks — what happens when they grow up and have their own kids?” Cameron says. “It becomes a very different story. Now the kids are the risk-takers and the change-makers.”

His logic for the new tack, he added, was that it was both universally relatable and a dynamic that has been as yet unexplored by the modern slate of studio blockbusters. “Everybody’s either a parent or they had parents,” he says. “If you look at the big successful franchises now, they’re pretty much uninterested in that.”

Cameron admits he may be taking his emerging franchise into creatively risky territory.

“This could be the seeds of utter damnation and doom for the project, or it could be the thing that makes it stand apart and continue to be unique,” he says. “Nobody knows ’till you make the movie and put it out. And anybody that thinks that this stuff is easy or it’s a foregone conclusion or we’re just printing money over here in ‘Avatar’ studio, it doesn’t work that way.”

Despite the impending Disney-Fox merger, Cameron says production will keep moving forward. He expects the purchase of 21st Century Fox, the studio that released the first “Avatar” film, by the Walt Disney company to go through, and he notes that Disney already has a vested interest in the success of the “Avatar” franchise with the introduction of Pandora-themed attractions in its Animal Kingdom theme park.

“That’s based on the slice of Pandora that you see in the first movie,” he points out. “We throw in a few little Easter eggs of creatures that will show up in later films in the ride film that’s there. So if you look closely in the ocean, you’ll see some creatures that show up in a major way in ‘Avatar 2.’”

One of the first film’s most significant attributes was its groundbreaking advancement of 3D technology, and the filmmaker says he hopes to push the form forward again, but with nudges rather than massive leaps.

“Our changes in the technology have been evolutionary, not revolutionary,” he says. “We’ve made the big bold leaps before we made the first film. Now we’ve just been cleaning up the pipeline, making it more user-friendly — better working tools, better creative tools, that sort of thing.”

He expects that the high dynamic range of modern laser projectors — which eliminates the dimness inherent in prior 3D iterations — will spark “a renaissance of the 3D renaissance, in a sense.” Additionally, use of a high frame rate, which he thinks of as more of a filmmaking tool he hopes to employ judiciously, will give images a more realistic pop.

“When you see the headlights of a car and your eyes are adjusted to the dark, it’s blinding. [Now] you can sit in the movie theater when the car turns and the headlights hit the camera, it’ll be blinding like a real-world experience,” he explains. “Anything that can make the theatrical experience better, that works for me.”

And even as Cameron builds out the world of his most successful film property, he’s preparing for a long-anticipated return to his original blockbuster baby — the “Terminator” franchise.

He reveals that as the culture’s relationship with technology has grown increasingly and swiftly more sophisticated in the nearly four decades since the original installment, he plans to re-explore the concept accordingly.

“’Terminator’ films are about artificial intelligence, and I would say that we are looking at that differently than I looked at it when I made, when I wrote the first story in 1982,” he says. “That was just a classic kind of ‘technology bad, smart computers bad’ kind of thing. It’s got to be a much more nuanced perspective now, I think. And hopefully we’ll show that. So ‘smart computers bad, but…’ is the new motif.”