BLOCKBUSTERS MOVIES COMING THIS SUMMER (A MUST SEE ) 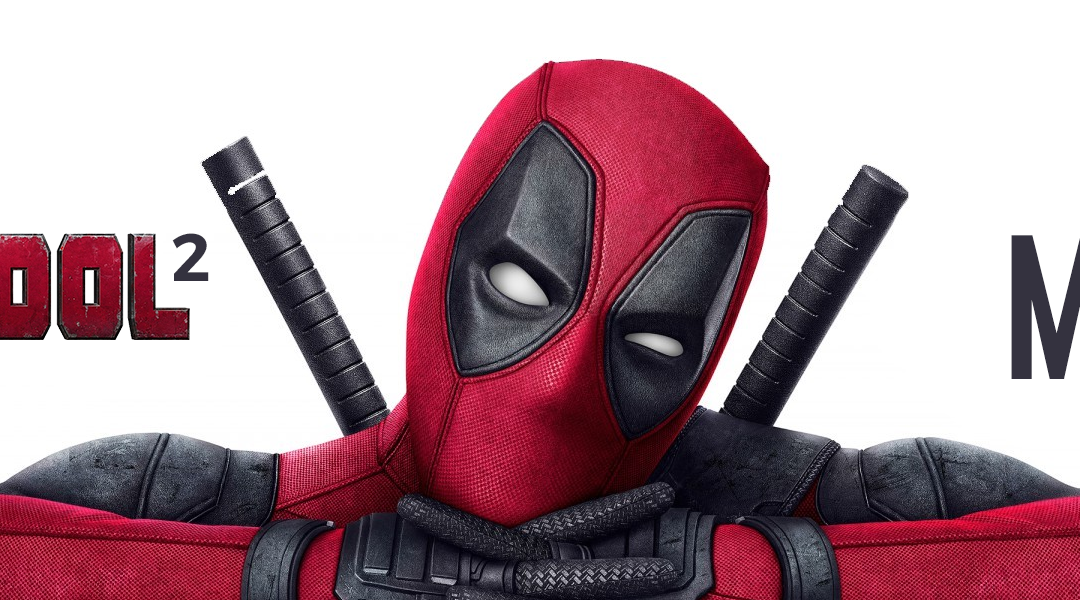 We are all aware about the buzz surrounding the Hollywood movie industry. Considering the huge success of Black Panther and Avengers: Infinity War, the insatiable hunger to watch more good movies won’t just end. Here are some upcoming movies you don’t want to miss

The Marvel Cinematic universe have been building up to this moment for almost ten years, starting from Captain America: The First Avenger. Since then we have seen about 19 more movies released. Marvel has done a good job of tying the timeline all together.

The villain Thanos, having waited patiently, now embarks on his “destiny” to retrieve all the infinity stones. After two cameos from the previous MCU movies, we are finally getting to see big bad. This movie also boast the largest roster of any MCU movie made. I’m sure you won’t want to miss this.

A mother of three hires a night nanny to help with her newborn. From the creators of “Juno”, this movie offers a fresh and honest take on parenting

“Deadpool 2” is sure to avoid any potential for superhero-burnout with the witty, no-filter attitude Ryan Reynolds brings to the film as Deadpool. This time, he’s bringing along a team, featuring Domino, played by Zazie Beetz, and Terry Crews’s Bedlam, to help battle Josh Brolin as Cable. Deadpool will surely deliver some instantly-quotable, funny lines in this flick.

Whoever pitched an origin story about Han Solo sans Harrison Ford at Disney’s creative headquarters proposed a daunting task to say the least. But after the undeniable success of “Rogue One” and the casting of “Game of Thrones’” Emilia Clarke and “Atlanta’s” Donald Glover as a young Lando Calrissian, the studio is already pulling out all the stops for another instant intergalactic hit. We’ve got a good feeling about this one.

Adrift” begins as a seemingly sweet romantic movie taking place on a boat until the couple are left stranded in the middle of the ocean and fighting for survival after an unexpected storm. Both Shailene Woodley and Sam Claflin have played leads in films based on romantic novels before in “The Fault in Our Stars” and “Me Before You,” but this time the events are based on a true story written by author Tami Ashcraft. The movie will certainly be filled with tear-jerking, intense moments.

“Hereditary” premiered at Sundance this year to glowing reviews  —  which for a horror movie means creating a story that’s about more than just the scares. Writer-director Ari Aster makes his feature debut with this Toni Collette-starrer about a family who discovers sinister secrets about their history.

Life of the Party

“Life of the Party” marks comedy duo Melissa McCarthy and Maya Rudolph’s rejoining on the big screen since their 2011 hit comedy “Bridesmaids.” They’re playing best friends again, but this time McCarthy is portraying Deanna, a recently divorced mother who goes back to college to get her degree and keeps Rudolph’s character Christine up-to-date on her scandalous shenanigans.  McCarthy and Rudolph are bound to deliver laughs with their reunion.

In her first film release since her Oscar-nominated role in “Lady Bird,” Saoirse Ronan plays Florence Ponting, a conflicted newlywed, in “On Chesil Beach.” The novel the film is based on is written by author Ian McEwan, who also wrote “Atonement,” the picture that first brought Ronan Academy recognition. It will continue Ronan’s track record of choosing films with outspoken female leads.

The cast alone is enough to convince moviegoers to see this all-female spin-off of the Ocean’s trilogy. Sandra Bullock’s Debbie Ocean recruits an all-star team to help her steal jewelry worth millions of dollars at the Met Gala. Cons, style, and celebrity cameos are a recipe for a summer blockbuster.

Some of Hollywood’s favorite good guys go bad in “Hotel Artemis,” a film about an underground hospital for criminals, run by Foster’s no-nonsense — can we call her a protagonist? At Hotel Artemis, everyone must abide by the standard rules: respect the staff, no weapons, and no killing other patients. But, as Goldblum’s character astutely points out in the trailer, rules are made to be broken

Who hasn’t been waiting almost 15 years to see the Parrs come together as a family to protect the world in “Incredibles 2”? The animated film will pick up right where “The Incredibles” left off. Lovable, hilarious characters like Frozone and Edna Mode are also returning in the sequel that features Holly Hunter’s Elastigirl going off to save the day while Mr. Incredible takes on stay-at-home-dad duties.

A prequel to the three previous “Purge” films, “The First Purge” explores how the 12 hours of legal crime came to be. The politically charged plot seems to resonate now more than ever, with the government turning people against each other in a social experiment to reduce violence.

Ant-Man and the Wasp

Nothing says summer like superheroes and bugs, and “Ant-Man and the Wasp” delivers both with the second installment in Marvel’s most fun-sized franchise. Rudd returns as the ever-charming yet fierce Ant-Man, while Lilly thankfully adds another dynamic heroine to the superhero-verse’s ant-sized list of female forces. Even if “Infinity War’s” momentum falls short, “Ant-Man and the Wasp” will surely sustain Marvel’s summertime buzz.

The “Mamma Mia!” sequel picks up a few years after the first, with Sophie pregnant and learning about her mother’s past. While Meryl Streep’s involvement is unclear, Cher joins the star-studded cast for more renditions of ABBA classics with a Greek island backdrop.

“Fallout” proves Cruise can still pack a punch, returning as the daring Ethan Hunt for the sixth installment of the smash secret agent franchise. High-speed motor chases, stealthy spy gear, incomprehensible stunts — the latest “Impossible” has it all for the team’s newest high-stakes assignment in Berlin, where Cruise is joined by some familiar action faces, including Superman himself, Cavill.

Christopher Robin is all grown up in this new take on the “Winnie the Pooh” story, now with a family of his own and struggling in his job. The whole cast of characters is back for this family-friendly revisit to the Hundred Acre Wood, with Pooh, Tigger, Eeyore and Piglet all making appearances.

Based on a young adult novel of the same name, the film stars a diverse group of super-powered teens on the run from a government internment camp. “Stranger Things” executive producer Shawn Levy is on board for this one, promising a masterful handling of all things sci-fi, and Stenberg, who played “Rue” in “Hunger Games,” gets her turn in the spotlight.

Thought the meglodon died out with the dinosaurs? Well, it appears the 70-foot prehistoric shark is back and out to attack Jason Statham’s submarine in the new action film, as the star tries to save innocent beachgoers from its grasp. It’s “Jaws,” but super-sized.

In this high-stakes action flick, Wahlberg plays a seasoned American intelligence officer tasked with smuggling a member of the police force out of the United States. He and his team must risk their lives to carry out the mission in order to secure classified information surrounding their mysterious client.

It’s 2018, and Hollywood is finally supporting a film with an entirely Asian main cast. Constance Wu’s Rachel travels to Singapore with her boyfriend and discovers his family is, to put it mildly, extremely wealthy. Based on the novel of the same name by Kevin Kwan, the film promises to deliver humor, glamour, beautiful scenery, and plenty of drama.

An Australian, an American, and an Irishman walk into a romcom — here’s “Juliet, Naked,” a light, entertaining love story that plays to the strengths of its three seasoned leads. See Hawke as a reclusive former musician, O’Dowd as his number one fan, and Byrne stuck comically in-between as the trio navigate love and heartbreak in a British coastal town.

While puppets tend to have an innocent and family-friendly image, “The Happytime Murders” smashes that idea with a hard R-Rated performance of puppets gone wild, indulging in plenty of sex and drugs in the film’s first looks. Produced by Melissa McCarthy, the story follows the a murder investigation of puppet cast members of an ‘80s children’s TV show.

Adding to the summer’s slew of horror movies, this movie has a real-life connection, adapting the story that made headlines in 2014 about two young girls who attacked their friend because of instructions from Slender Man. The cult character, who’s tall, thin and faceless with extremely long arms, has become an internet icon and will make its on-screen debut with this portrayal.