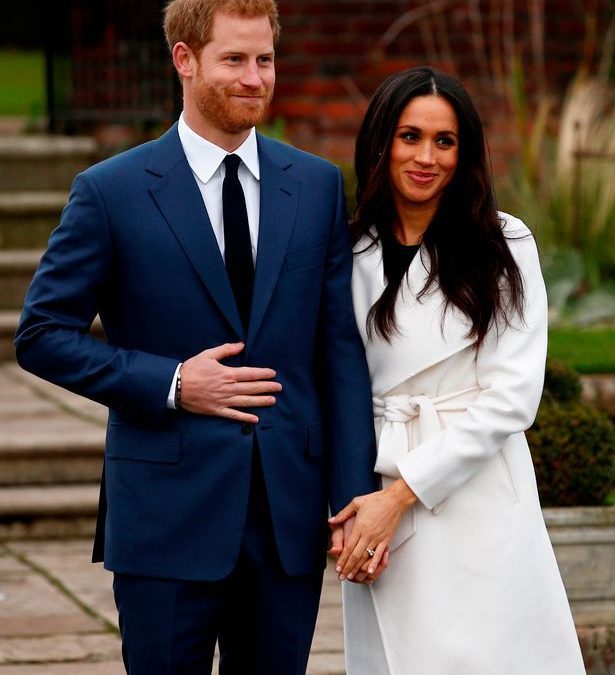 America loves a royal wedding. But this time around, the fact that the fair prince’s betrothed is an American actress has sent interest in the May 19 nuptials of Prince Harry and Meghan Markle into overdrive, creating programming and marketing opportunities for major networks.

“It’s all about history, it’s about tradition, it’s about fashion,” she said. “It’s got a little something for everybody, which is why we are going so big on it.”

The major news outlets are sending top anchors and an army of producers and crew members to capture the tradition and finery that will be on display at Windsor Castle, along with a highly telegenic bride and groom. Lifestyle and entertainment networks are hoping that specials (“An American Princess,” “A Royal Romance,” et al) and live coverage of the big day on Saturday will attract new viewers and drive sampling of other shows.

The wedding has been a bonanza for media, in part because of Markle’s background. Not only is she an actress, but as viewers of “The Crown” can attest, Markle’s status as a biracial, divorced woman would have automatically eliminated her as a mate for Harry not so many decades ago. The royal family’s embrace of her union with the man who is sixth in line to the throne is a sign of the evolution of the modern-day monarchy.

Moreover, viewers are yearning for a little feel-good fare amid the relentless cycle of news shocks and surprises out of Washington, not to mention international conflicts and natural disasters.

“People here in the States are clamoring for some news that is actually heartwarming. People want a break from the rough and tumble of politics,” said Leist.

“Today” serves up a generous amount of coverage of the British royal family on a regular basis. An event like a wedding is a chance to show off the depth and breadth of NBC News resources. “Today” and its fellow NBC News programs will have no less than five camera positions along the processional leading in to Windsor Castle where the two will tie the knot.

“Today” is devoting all four hours of the program on Friday to royal wedding mania. On Saturday, live coverage anchored by “Today’s” Savannah Guthrie and Hoda Kotb will begin at 4:30 a.m. ET. The anchors will be perched on the roof of a local hotel along with Leist and a handful of others who will be communicating with the control room back in New York. Megyn Kelly, Al Roker, Kathie Lee Gifford, and Sheinelle Jones will also help deliver the play-by-play commentary.

“Any time you have the opportunity to go big on something with this kind of international appeal you have an opportunity to show people what you can do. We’ll have special graphics packages, special music. We have a special Snapchat filter. We have big teams of people in place to do it all. We want to shine.”

TLC banks heavily on wedding-themed shows such as its “Say Yes to the Dress,” “Bridal Bracket,” and “Four Weddings” franchises — so it had no choice but to go big on the most high-profile wedding since Prince Harry’s older brother William walked down the aisle with Kate Middleton in 2011.

TLC will serve up three hours of specials on Friday Night — “Prince Harry: Wild No More,” “Meghan Markle: A Royal Love Story,” and “Secrets of the Royal Wedding.” It will carry the big event live without commercials from 5 a.m.-9 a.m. ET on Saturday and feature a recap special at 10 p.m. with wedding and style experts drawn from its shows.

Lee is hoping interest in the royal wedding will drive sampling of TLC’s other shows, particularly the “This Is Life Live” franchise that is a big focus for the Discovery-owned cabler. There will also be a big dose of promotion for the network’s own wedding event, the June 2 special chronicling the nuptials of Drew Scott, star of HGTV’s “Property Brothers,” and his wife (of a few days), Linda Phan.

This is a particularly significant project for TLC as it represents the first crossover programming opportunity since HGTV parent Scripps Networks Interactive was acquired by Discovery, Lee noted. “We’re letting viewers know that the royal wedding is not over on Saturday, there’s another around the corner,” he said.

Networks have been planning their coverage for months, but there’s a certain amount of unpredictability to a live event like a wedding that makes it compelling for viewers and an invigorating challenge for producers.