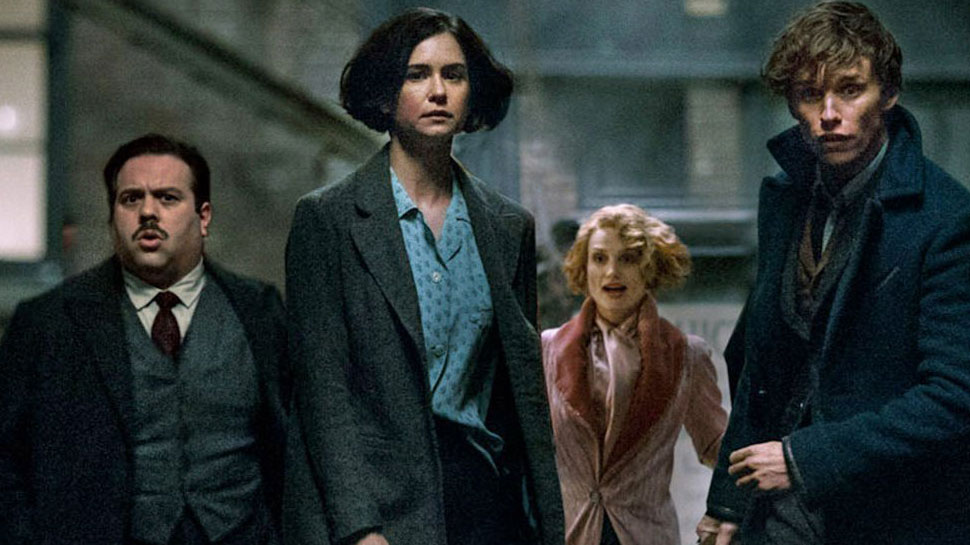 J.K. Rowling says she has already started working on the third installment of the “Fantastic Beasts” franchise, with six months still to go before the release of the second film in the series. “I’ve just finished the fourth Galbraith novel, ‘Lethal White,’ and I’m now writing the screenplay for Fantastic Beasts 3,” Rowling told fans in an online Q&A hosted on her website.

Warner Bros. showed new footage from the second “Fantastic Beasts” movie, “Fantastic Beasts: The Crimes of Grindelwald,” at CinemaCon in Las Vegas in April. The trailer for the movie – which stars Eddie Redmayne as Newt Scamander, Jude Law as a young Albus Dumbledore, and, amid some controversy, Johnny Depp as Gellert Grindelwald – dropped in March.

The movie premieres in November, with the third picture scheduled for 2020. The plan is for the “Harry Potter” spinoff to run to five pictures.

Rowling also answered a question about her role as a producer on the films. She noted that the majority of her input comes early on in the process. “Warner Bros. and David Yates, the director, have always let me have my say, though not necessarily the final word,” she said. “That’s true of all the producers, of whom I’m only one: our input is taken seriously but it is very much a collaborative effort. The director is ultimately responsible for everything that’s seen on the screen.”

The bestselling author said she likes to start work early, but the “Fantastic Beasts” schedule can be punishing. She admitted that “in the last year of two I’ve put in a couple of all-nighters on the screenplays for ‘Fantastic Beasts.’”

Rowling also revealed that she is working on a new, non-Potter project for younger readers. That will happen when the “Fantastic Beasts 3” script is done.

“After that I’ll be writing another book for children,” Rowling said. “I’ve been playing with the (non-Harry Potter/wizarding world) story for about six years, so it’s about time I get it down on paper.”