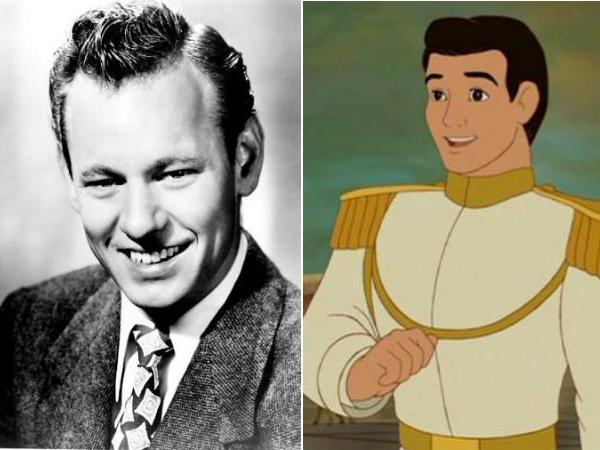 Character actor William Phipps, who starred in sci-fi films of the 1950s and voiced Prince Charming in 1950’s “Cinderella,” died Friday, June 1 at UCLA Medical Center in Santa Monica, Calif. He was 96.

Phipps’ friend and entertainment industry author Tom Weaver announced the news, adding that Phipps had been battling lung cancer, which was complicated by pneumonia.

Phipps was born in Vincennes, Ind., on Feb. 4, 1922. In 1939, he enrolled at Eastern Illinois University in Charleston, Ill., where he studied accounting and planned to pursue it as a career while continuing what was then an acting hobby on the side.

In 1941, Phipps decided to forgo his EIU studies and moved to California to pursue his acting dream. He later enlisted in the Navy after his brother Jack was shot down over the South Pacific, serving as a radioman aboard six ships between 1942 and 1945. After his discharge, he returned to Hollywood and used the G.I. Bill to enroll at the Actors Lab.

One of Phipps’ longest industry connections was formed when he was noticed during a Actors Lab production of “Men in White.” Audience members Charles Laughton and Helene Weigel, wife of playwright Bertold Brecht, were impressed by his performance and offered him a role in Brecht’s upcoming production of “Galileo.” Phipps appeared in the play and other Laughton stage productions, and remained friends with the actor and his wife Elsa Lanchester until their deaths.

In 1947, Phipps became a contract player at RKO and made his screen debut in “Crossfire,” a noir film about a police investigation into the hate-crime murder of a Jewish man by a member of a group of recently discharged soldiers. Phipps played one of the suspected soldiers, a quiet young Tennessee boy who works with the police to nail the guilty party. RKO soon placed Phipps in the first of the B Westerns that would go on to characterize his film career, “The Arizona Ranger” and “Desperadoes of Dodge City.”

Walt Disney himself heard Phipps’ audition for the voice role of Prince Charming, and Phipps said he spent two hours one  afternoon in January 1949 recording his lines after Disney gave him the role. According to Phipps, he was paid $100 for the work.

During the film’s promotional frame, Disney offered young women the chance to meet the voice behind Prince Charming in a nationwide contest. For the meeting, Phipps was outfitted with a white tie, tails and a top hat, and met the lucky winner in front of a live audience on the stage of the Pantages during a coast-to-coast radio broadcast of Art Linkletter’s show.

According to Phipps, “They gave me (I think) $100 pocket money and a limousine and a driver so we could go anywhere we wanted. We went to Ciro’s and the Mocambo, which were the two most famous places on the Sunset Strip at the time, and we went to the Trocadero, too.

“At the end of the night, around midnight, the limousine driver and I took her back to the Roosevelt Hotel, where she was staying. And then the chauffeur took me back home — a rooming house we called the House of the Seven Garbos, a home for fledgling actresses, where I lived in a room in the basement for seven dollars a week! The next day I went to the tuxedo rental place and turned in my stuff.”

As Hollywood began to focus on sci-fi films in the 1950s, Phipps became a regular in the genre. Arch Oboler cast him as a lead in “Five,” and Phipps acted in “The Snow Creature,” “War of the Worlds,” “Invaders from Mars,” and “Cat-Women of the Moon.”