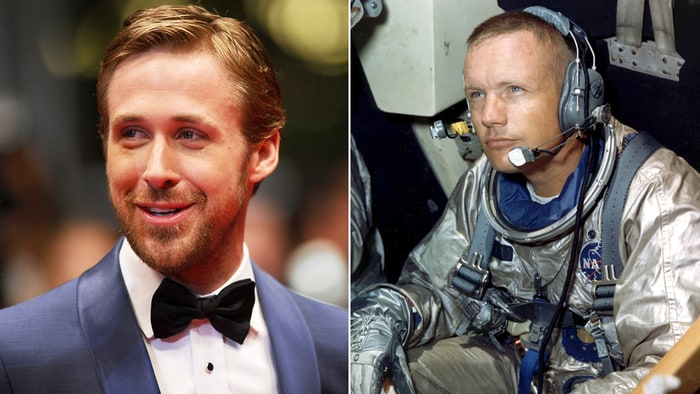 Ryan Gosling is headed to space.

The first trailer for his next movie, “First Man,” debuted Friday night during “Jimmy Kimmel Live!,” showing Gosling as the first man to set foot on the moon, Neil Armstrong. It’s Damien Chazelle’s follow-up to “La La Land,” which scored both him and Gosling Oscars.

The trailer, in addition to giving the first glimpse of Gosling as Armstrong, also showed Claire Foy as his concerned wife, Janet. “This isn’t just another trip, Neil,” she tells her husband at one point. “You’re not just going to work.”

Indeed, the trailer focuses mostly on the dangers surrounding the risky Apollo 11 spaceflight. Neil Armstrong faces questions from politicians, and is even asked by his son, “Do you think you’re coming back?”

“First Man” debuted its first footage to theater owners at CinemaCon in April. There, Chazelle promised exhibitors that audiences would not only be taken on an “immersive journey,” going with Armstrong and his crew as they took their first steps on the moon, but to give a look at Neil and Janet’s difficult marriage.