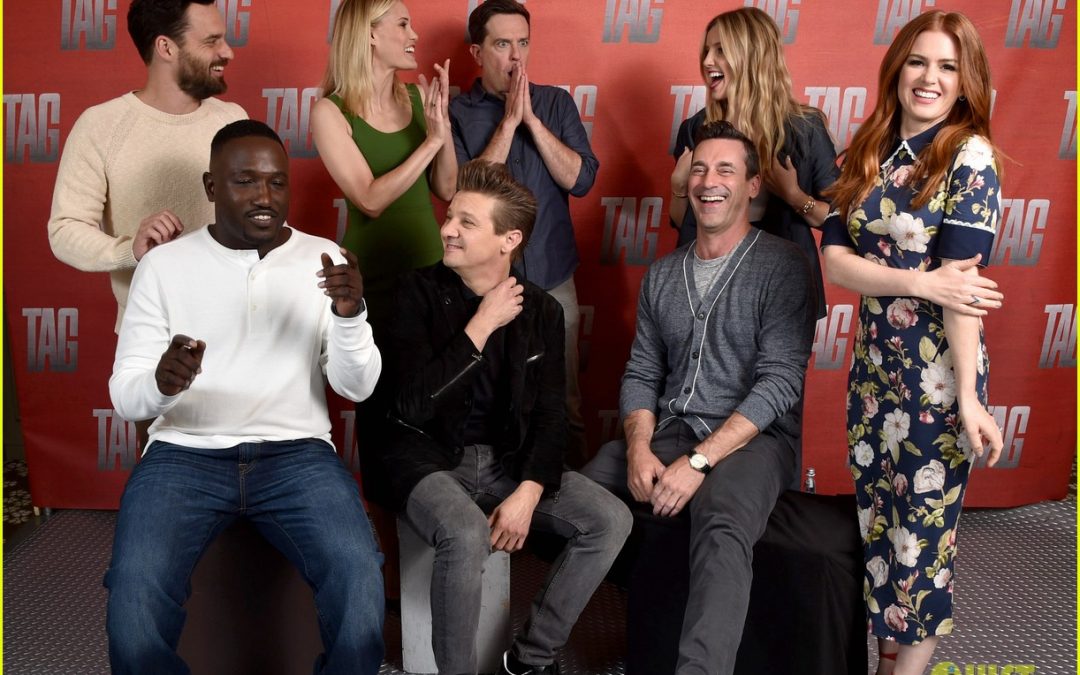 “Tag” director Jeff Tomsic revealed that Renner breaking his two arms on the third day of production was “not a great feeling” at the film’s world premiere held at the Regency Village Theater in Westwood. “But [Renner]’s such a hard worker and such a sweet guy that he came back only a few hours later and we just kept shooting,” he said.

To accommodate for Renner’s injuries, the first-time director said he had to completely rethink months of planning and pre-vising action sequences. Although, he found an easier strategy than forcing the CGI budget to go through the roof. “We had already started shooting a scene with him in short sleeves, so we had to put dots on his arm braces and then CGI his arms in a few shots,” he said. “But luckily, we had just begun, so we could put him in long sleeves for the rest of the movie.”

Co-star Isla Fisher said that she admired Renner’s work ethic throughout the shoot. “To hear that somebody could injure themselves to that degree and then show up for work the next day — and I was doing a scene with him the next day or I can’t remember, maybe a few days after — and he literally was wearing this cast on both arms.” Fisher continued, “And then when the director would shout ‘rolling,’ he would just sort of velcro them off and then proceed to really deliver comedically and dramatically with basically floppy spaghetti arms. I would not be able to do that.”

Actress Leslie Bibb found out about Renner’s injuries from the star himself. “He sent me a photo from the hospital,” she said. “And I went, ‘Is this a bit?’ And he was like ‘No.’ That nugget broke his arm and pierced his elbow and his wrists in the morning and went back to work that afternoon. I was really proud of my friend.”

The cast and crew also admit that the film’s premise, five adult men playing tag, sounds outlandish. But “Tag” is indeed based on the true story of ten friends from Spokane, Washington, who have been playing the same game of tag for 35 years, since high school.

Tomsic acknowledged that he first refused to read the scripts when they were sent his way. “A movie called ‘Tag’ just doesn’t seem like the greatest idea ever and on the surface, it seems totally idiotic,” he said.

Tomsic, along with the cast, encouraged that the core of the story is truly a heartfelt comedy about maintaining a longstanding friendship. “The tag is just a means to an end and is kind of a funny hook,” said Jon Hamm.

Aside from the film’s stars, Hamm, Jeremy Renner, Hannibal Buress, Jake Johnson, and Ed Helms, the real friends who the story is based on were also in attendance.

Mike Konesky told Variety how the whole game started one day when one of them “just turned around to somebody and said: ‘Hey. Tag, you’re it’ after math class. But he didn’t want to be it, so we were running down the halls and the game was on.”

Russell Adams first wrote their tale in a piece for the Wall Street Journal in 2013 and the 10 men, whose own crazy stories of dressing up as an old lady in disguise and breaking into someone’s house in the middle of the night to play the game were incorporated into the film, continue to play every February without fail.

“It’s all we’ve ever known and is just about a bunch of guys staying in touch,” Konesky said. “It’s just a little fun thing we do to stay friends.”

Although no off-camera tag games sparked among the cast, Konesky insisted that the original tag game is going strong — and will not be coming to an end anytime soon. “We’re still going to keep playing. No matter what.”