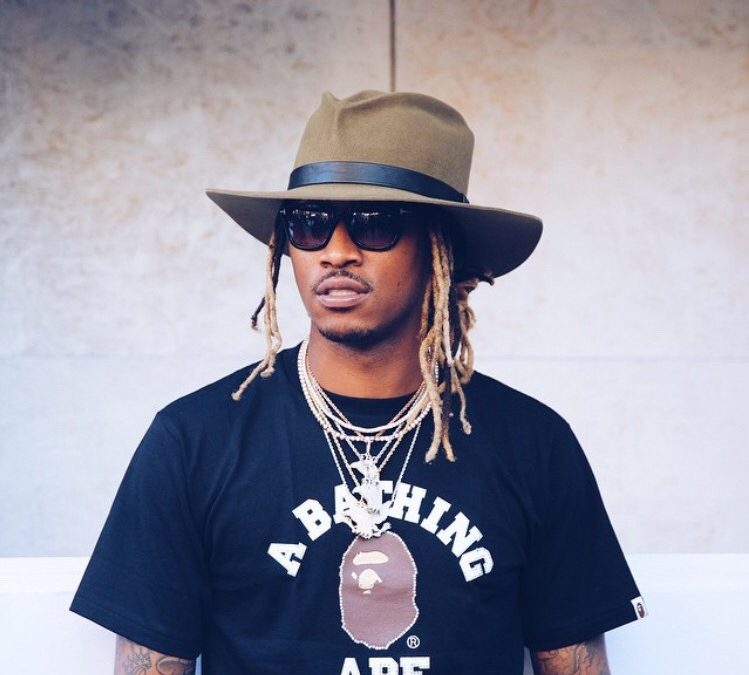 Remaking “Super Fly” was never going to be without its perils. The 1972 film, directed by Gordon Parks Jr., was one of the essential building blocks of the decade’s Blaxploitation movement, and first-time feature helmer Director X surely had his hands full balancing nods to the original while also updating his film for 2018 Atlanta. But however much the film had to live up to, the music was a whole other matter. Featuring songs by Curtis Mayfield – the title track, “Freddie’s Dead” and “Pusherman” chief among them – the original soundtrack to “Super Fly” is among the most canonical works of film music ever released.

While the new “SuperFly” does feature a few key reprises of Mayfield’s tunes, a more modern touch was provided by the prolific rapper Future, who executive produced the remake’s soundtrack. Serving as a new Future release in everything but name, 10 of the album’s 13 tracks feature the eccentric Atlanta native, helped along by appearances from Young Thug, Lil Wayne, Miguel, H.E.R. and 21 Savage.

Relaxing in the break area of a Hollywood recording studio, Future – who is also credited as a producer on the film – says he knew he was stepping into a potential trap when he took on the project. “At the beginning I was very nervous, because it’s the foundation for a lifestyle, for a culture,” he says of Mayfield’s music. “It’s an all-time favorite, for everyone home that I know. It means so much for me, and even before I was born it was a classic.”

Which is not to say that he was overawed by the film’s legacy. Asked when he saw the original “Super Fly” for the first time, he goes quiet for a minute, seemingly lost in thought.

“I think they probably had it playing in the hospital room,” he says, finally. “Yeah, I feel like it was on TV when I was born.” Striking a kung-fu pose, he raises his pitch to a Mayfield-esque falsetto. “I came out super fly!”

“Superfly” was shot at a breakneck pace, and Future developed the soundtrack at a similar clip; he estimates it came together in roughly a month. “I pretty much just worked on records alone as they were filming the movie, but Director X was very vocal as far as sending emails and everything,” Future says. “He gave me the script, and he’d come by the studio to show me certain scenes that were already filmed that needed music.”

Much like Kendrick Lamar’s work on the “Black Panther” soundtrack, Future sought to balance his own style with nods to the film’ themes, weaving in touches of ‘70s soul alongside plenty of harder-edged hip-hop cuts that could have easily appeared on his previous studio efforts. The album sees Future’s onetime mentor Sleepy Brown provide a vintage hustler’s theme song with “If You Want It,” and its first single, “No Shame,” is easily the bluesiest cut in the rapper’s catalog: boasting an assist from PartyNextDoor, the song surrounds Future’s signature Auto-Tuned pharmaceutical raps with a slow, slinky funk bassline and an Eddie Hazel-style guitar solo.

“I want to be able to take my music, keeping that same Future sound, but feel like I grew and matured in a way where I didn’t lose the connection,” he says. “I wanted the music to go both ways, and when I called Sleepy Brown, it was because I knew the type of music he made would be perfect.”

Speaking of “No Shame”: “The music just sounded magical. Certain things you just wait patiently and it falls right into place. For [my part], ‘No Shame’ was pretty simple because the beat was there, the vibe was there. I pulled up to the studio, they played the record, and I was like, ‘This is perfect for the soundtrack.’ I just went in and freestyled – it probably took me two or three minutes.”

“What we quickly understood was that Future would bring the hip-hop aesthetic and the street cred to this movie,” Bleeding Fingers president and CEO Russell Emanuel says. “So our role was to help the storytelling while being respectful to the genre.”

Atchley says he took aesthetic inspiration from Trevor Jackson’s lead performance as Priest when plotting his approach to the score. “Priest kind of gave off this Prince vibe to me for a minute, so I thought electric guitar would be good, but I decided to use it backwards, and use that as his theme,” he says. “I would play guitar over the whole scene, then go back, cut out little snippets and reverse them.”

As for Future, he says he enjoyed his first venture into film music “more than I expected,” but plans to get back to his usual business before talking on another.

“Yeah, I would definitely do [a film] again, it’s just gotta happen in an organic way,” he says. “I’m not trying to force anything. I wasn’t trying to force this soundtrack, it just happened. So I couldn’t say off the top of my head where my interests would lie. Because we’re complete with the soundtrack, so now my headspace is totally in Future Hendrix mode… the experience… part two… overload… over-extravagant… impeccable… astronomical… life-changing.”