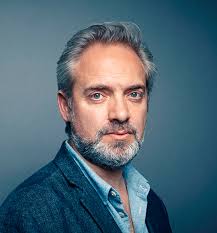 Steven Spielberg’s Amblin Partners has won a spec package auction and will finance World War I film “1917” with Sam Mendes on board to direct.

The film will begin production next April, for a U.S. release in December 2019 with Universal distributing the pic. Mendes wrote the original script, which marks his first writing credit, with Krysty Wilson-Cairns and will also produce with his Neal Street Productions partner Pippa Harris.

“Our company has been a home for Sam since his first film” said Steven Spielberg. “I am so happy to have him back here in his old room spinning new stories – especially this hugely daring and ambitious new movie.”

Aside from the film being set during World War I, story details are being kept under wraps.

“I couldn’t be happier to be back working with Amblin and Steven Spielberg again, alongside Donna Langley and all at Universal. I’ve been working on this script for over a year, so it’s very exciting to start making the movie itself a reality.”

The film marks Mendes’ return to the big screen after directing James Bond movies “Skyfall” and “Spectre” back to back. Mendes has since been working in the London theater scene, most recently helming the London stage production of “The Ferryman.”