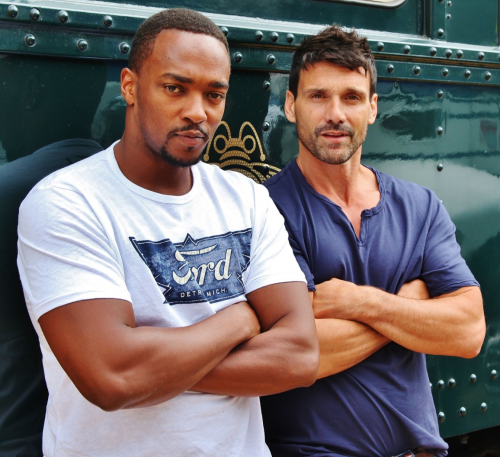 Frank Grillo and Anthony Mackie will star in the Netflix thriller “Point Blank.”

Joe Lynch is directing from a script by Adam G. Simon. Joe Carnahan and Grillo are producing via their War Party banner, along with Johanna Byer producing for Gaumont. The film is a remake of Fred Cavaye’s 2010 crime drama of the same title.

Production is set to start this summer.

The pic tells the story of the unlikely pairing of Paul (Mackie), an emergency room nurse, and Abe (Grillo), a wanted murder suspect, as they are pitted against rival gangsters and corrupt cops in a deadly race to save the lives of Paul’s kidnapped wife and unborn son.

The film marks a reunion for the two actors, who starred together in the “Captain America” series, with Mackie playing Falcon and Grillo playing the villain Crossbones.

Grillo recently wrapped Carnahan’s next movie, “Boss Level,” which also starred Naomi Watts and Mel Gibson, and is currently shooting Blumhouse’s “Once Upon a Time in Staten Island.” He’s repped by WME and Management 360.

Mackie most recently starred in “Avengers: Infinity War” and also appeared in the Kathryn Bigelow thriller “Detroit.” He can next be seen in “The Hate U Give” as well as Sony’s “Miss Bala” remake. Mackie is repped by UTA and Inspire Entertainment.