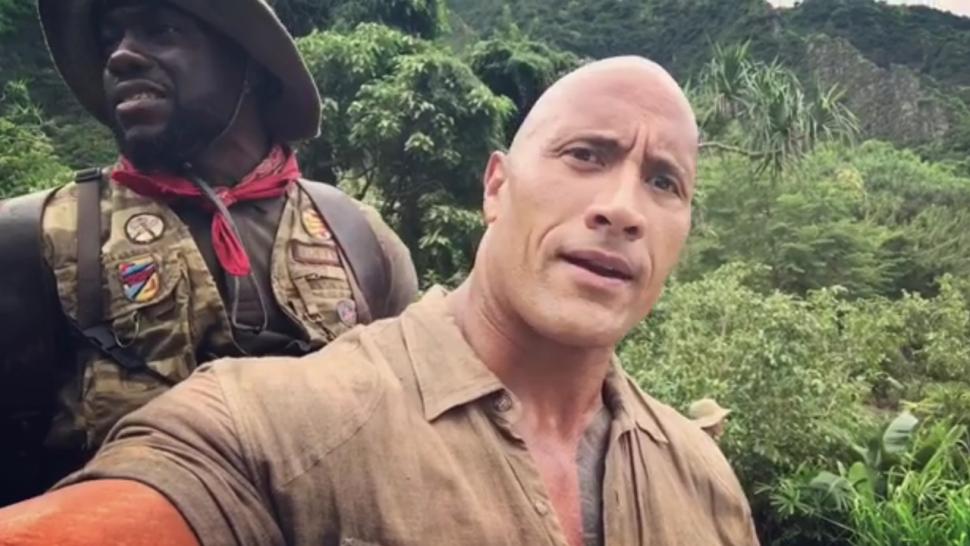 Dwayne Johnson has unveiled an official release date of Dec. 13, 2019, for Sony’s sequel to “Jumanji: Welcome to the Jungle.”

The untitled movie will open a week before Disney-Lucasfilm’s “Star Wars: Episode IX” launches. Sony Pictures chairman Tom Rothman revealed in April at Cinemacon that 2017’s surprise blockbuster would be getting a sequel to premiere during Christmastime next year.

“Jumanji: Welcome to the Jungle,” starring Johnson and Kevin Hart, earned $404 million domestically and $557 million internationally. After coming in second during its premiere weekend to “Star Wars: The Last Jedi,” “Jumanji” accomplished the unusual feat of climbing to No. 1 in its fifth weekend, and remaining at the top for the following three frames.

The sequel will bring back Johnson, Hart, Jack Black, and Karen Gillan to reprise their starring roles, while Jake Kasdan is expected to return to the director’s chair. Matt Tolmach will be back to produce along with the Seven Bucks Productions team of Johnson, Dany Garcia, and Hiram Garcia.

“Jumanji: Welcome to the Jungle” is a sequel to the 1995 hit “Jumanji,” starring Robin Williams. It was set in the present day with four high school students placed in detention together, much like the premise for “The Breakfast Club.” The quartet is assigned the school’s basement and then transported into the Jumanji board game after they activate the discarded game.