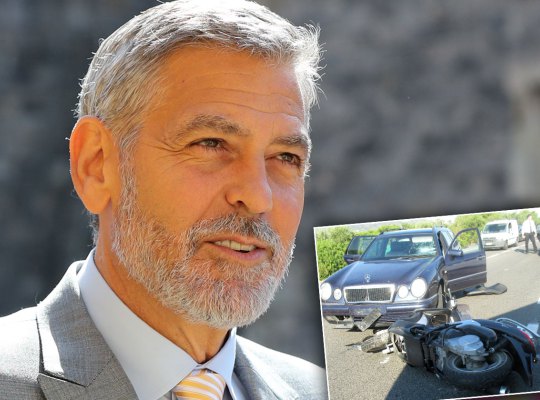 GEORGE Clooney was apparently thrown 20ft into the air when his bike collided with a Mercedes in Sardinia today.

The Hollywood star’s helmet is reported to have shattered when he smashed against the car’s windshield at around 60mph.

He was found lying in the road with injuries to his pelvis and bruising to his knee and arm following the early morning crash.

The actor was driving from his home in Puntaldia to a film set in Olbia when a car, apparently driven by a man in his 60s, “suddenly turned” into his bike at around 7am.

It is believed the man was trying to make a left turning to go to the beach. 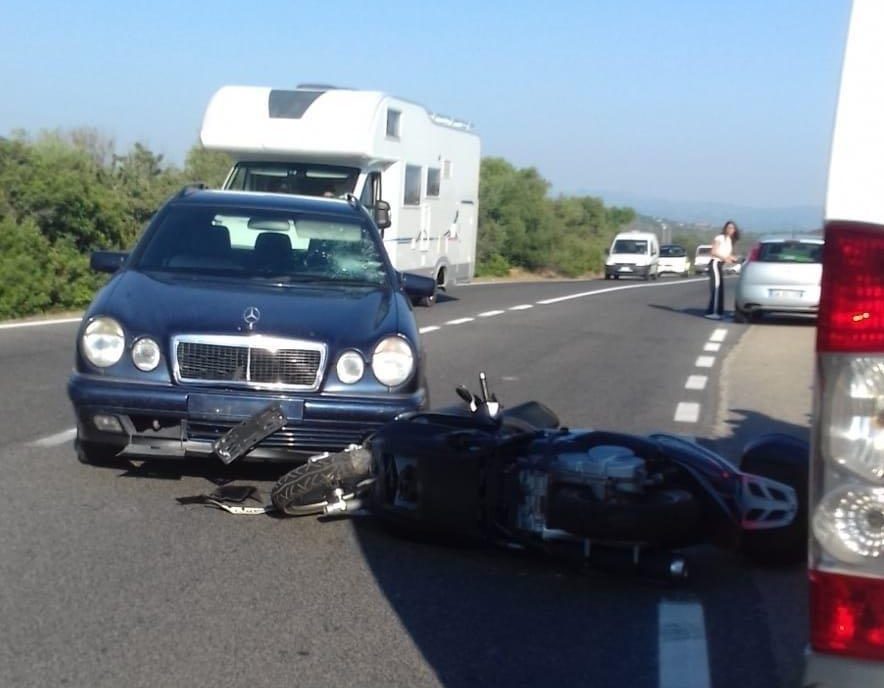 Even earlier in June, Clooney was seen zipping around the island on a scooter with Amal, 40, hugging him tightly.

The A-list couple are believed to have brought their parents to the island to help care for the children while George works.

Clooney has been working hard on Catch 22, a six-episode mini-series based on the novel by Joseph Heller.

In April, the legendary thespian announced he was cutting down his acting role in the Hulu production so he could focus on directing.

George and Amal met back in 2013 when Amal attended a party at the Ocean’s Eleven star’s house in Lake Como, Italy.

It was from that moment George made it his mission to land Amal, later taking her on their first date at a plush London restaurant.