Kate McKinnon, Mila Kunis Trying to be Secret Agents at ‘Spy Who Dumped Me’ Premiere 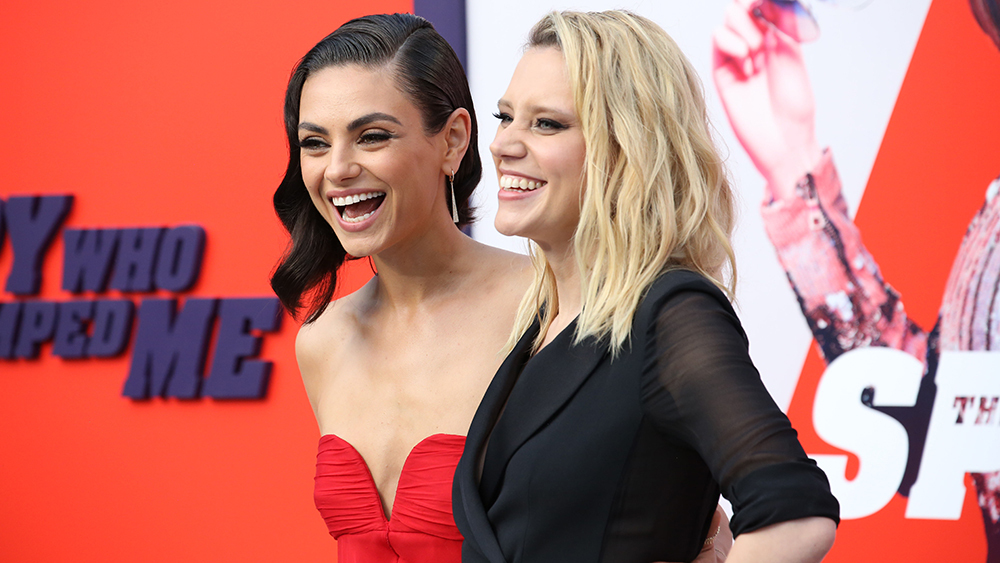 Spycraft was a dominant theme on the red carpet for Wednesday night’s world premiere of Lionsgate’s  comedy “The Spy Who Dumped Me.”

Stars Mila Kunis and Kate McKinnon offered starkly contrasting views as to whether they could carry out real-life spying.

“I say no because I can’t lie,” McKinnon said at the Regency Village in Westwood, Los Angeles. “I just can’t. So I would immediately out myself to everyone I spoke to, and I would break down crying in a bathroom somewhere.”

Kunis, on the other hand, said she would be a good secret agent. “I’m petite, so I can squish my way through iron bars. I can speak three languages. Those are my skills. I like to send that image out.”

Kunis also analyzed McKinnon’s laugh. “There’s two laughs that Kate has — one that’s genuine and one that’s not so genuine. I’m so proud that I got the genuine laugh because the other is like, ‘Oh, you think you’re so funny.’ You don’t want the phony one.”

Justin Theroux, who plays the titular spy, said he’d be no good at spying in the field.

The film’s other operative, Sam Heughan, agreed that real-life spy-craft isn’t for him.

“I’d forget my pseudonym,” he noted. “I’d be terrible as a real spy because I’d want to stop as soon as I got hurt. I’d be like whoa, whoa, whoa, let’s hold on.”

David Iserson, who co-wrote the screenplay with director Susanna Fogel, marveled at how the duo came up with the idea only two years ago.

“This was lighting fast for a Hollywood movie to make it to the screen, because we both have had a lot of extended development hell situations,” he added.

Fogel said that the development was “blissfully fast,” but admitted that she’d be a lousy spy. “I couldn’t do it because of the guilt and my inability to compartmentalize.”

“We wrote this because we were looking for a hole in the marketplace — a good friendship movie with a lot of action.” she added.

“The Spy Who Dumped Me” hits theaters on Aug. 3.