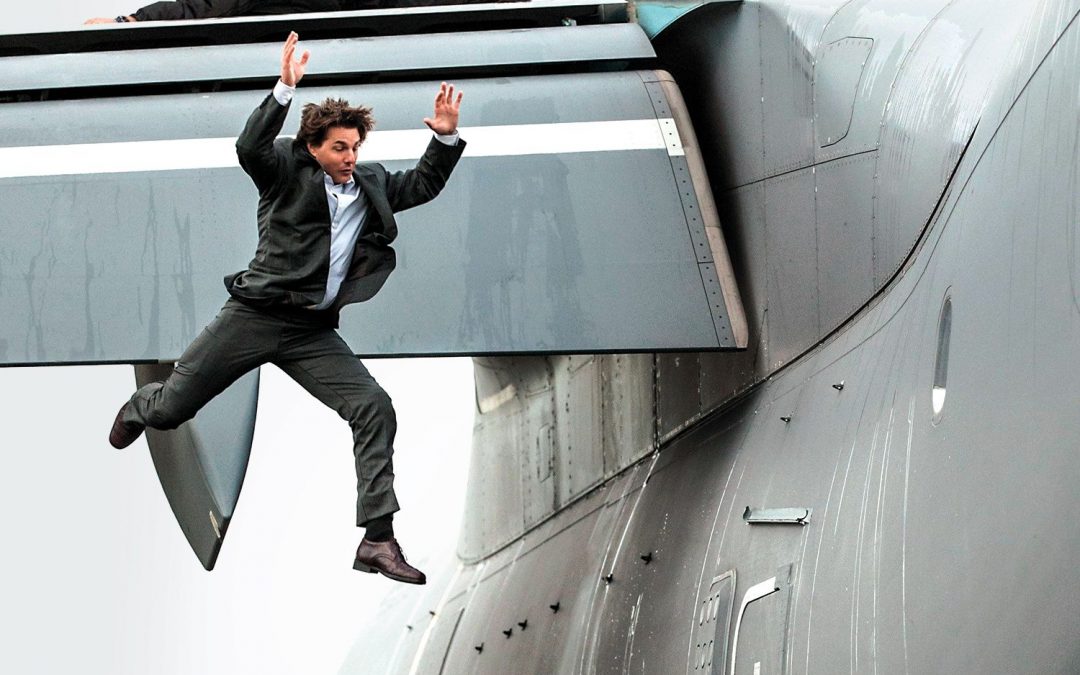 Last summer, when Tom Cruise broke two bones in his ankle during the shooting of “Mission: Impossible — Fallout,” it was a mishap that could have happened to anyone, including a veteran stunt person, but it didn’t play well for the Cruise brand. Video footage of the accident was leaked, and what it showed was Cruise leaping between two buildings, in one of the stunts he’s become known for, then hobbling on the roof with his broken ankle. That hobbling became an instant metaphor for His Fading Cruiseness. It was said that Cruise, at 55, was a bit long in the tooth to be doing his own stunts, and that he was fighting a losing battle — against his too-easily-splintered bones, and (just maybe) his dimming stardom.

What a difference a year makes. “Mission: Impossible — Fallout” opened this weekend to higher numbers than any of the previous five “Mission: Impossible” films. Critics have justly hailed the movie as one of the most enthralling in the series, a tumultuous perpetual-motion machine of a thriller that reminds you, once again, that the moment you start to count Tom Cruise out (name your moment: the cheesiness of “Cocktail,” the “Oprah” couch jumping, the failure of “The Mummy”), he’ll find a bold new way to deal himself in. He has done it for 30 years, and his ticket right now is the ritualized stunt fever that he enacts as Ethan Hunt.

Cruise had been doing his own stunts for a long time, going back to “Minority Report” (2002) and “Mission: Impossible 2” (2000), but the first time I registered him as a kind of stunt auteur was in “Mission: Impossible — Ghost Protocol” (2011), when he scaled the Burj Khalifa in Dubai, hovering 2,700 feet above ground to create one of the most dizzying and vertiginous action sequences ever filmed. I have a bias (i.e., a fairly extreme fear of heights), but there’s no denying that “Ghost Protocol” exploited the universal fear of falling with a skill that would have left Hitchcock grinning (and trembling). Cruise’s awesome commitment was central to the film’s power. The actor put you up on that building right along with him, making you feel like an all-too-mortal wriggling Spider-Man.

The stunts have become central to Cruise’s identity as an actor, and in “Mission: Impossible — Fallout” they lend a cathartic integrity to the action, letting us believe what we’re seeing, a rare sensation in the era of digital fakery. When Cruise does his honest-to-God HALO (high altitude, low opening) jump out of a plane against a dusky background, a stunt he had to perform 106 times to complete the sequence, the fact that he’s truly doing it defines the weirdly sinister magic-hour dread of it; no FX could have duplicated that feeling. And when he commandeers a helicopter for the drop-dead chase at the movie’s climax, the fact that he’s the pilot, doing his own swirly dives, plugs us into the vortex of the action.

You could argue that Cruise has become his own P.T. Barnum, selling his movie by inviting the audience to step right up and behold whatever crazy thing he’s going to do next. Yet I’d argue that there’s a grander layer to Cruise’s I take death-defying leaps therefore I am! school of stunt integrity. It’s become conventional wisdom that we’ve entered the age of post-movie stardom, an era when there’s barely such a thing anymore as a “marquee” actor, because it’s fantasy and franchise concepts that now sell movies (at least, on a vast scale). Cruise’s stunt work is a way of defeating the obsolescence of his own stardom, but it’s also a way of facing down the death of movie stardom itself.

“Mission: Impossible — Fallout” spins around a thicket of espionage double crosses, but the film’s real story is the one that undergirds it: the existential spectacle of Tom Cruise vs. CGI, Cruise vs. the fading relevance of actors, Cruise vs. all the forces that would conspire to turn him into a glorified prop in his own blockbuster. That’s Cruise’s war as an entertainer, the heartbeat of his passion as an artist-daredevil. And it’s the true mission impossible that he now sets for himself: to hold the essence of movie stardom up to the light, and — by leaping into the void — to keep it real.