D.W. Griffith’s ‘The Birth of a Nation’ 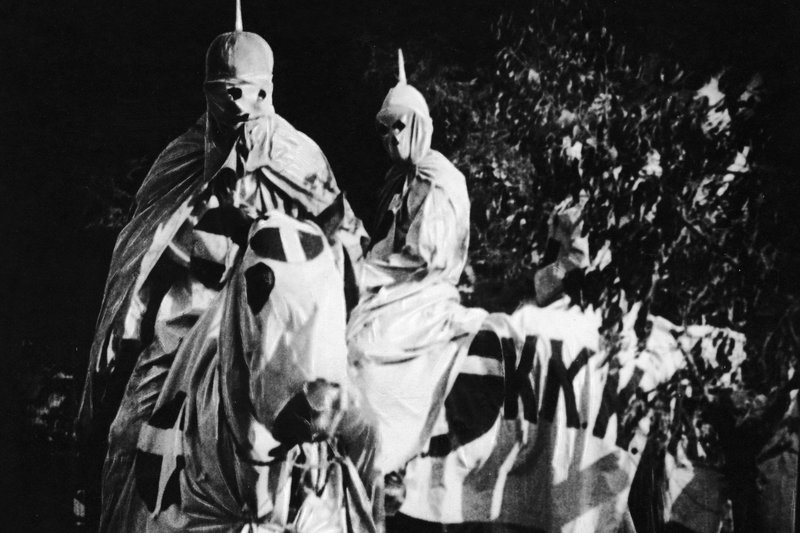 Some people see history as a linear progression, but Hollywood offers plenty of evidence that it’s cyclical. Spike Lee’s “BlacKkKlansman,” which opens Aug. 10, is based on true events in the 1970s, but it reflects the current battles over the rise of white supremacists. Back on Jan. 8, 1958, Variety critic Robert J. Landry wrote about the then-topical firestorm over integration, pointing out parallels to the 1915 D.W. Griffith film “The Birth of a Nation.” Landry said Griffith combined “the twin nightmares of folklore in America: rape and race.” He concluded sadly, “This film is woven inextricably into the tapestry of the American film industry.” Nobody tracked box office receipts then, but Landry estimated its worldwide gross was about $50 million, beating the official all-time champ, “Gone With the Wind” ($33.5 million). In other words, there was a huge audience for a film with the stupefying message that the Ku Klux Klan was the hero in the race wars.

“Liberal” Hollywood was always cautious with the KKK, which was a big economic factor, especially in the South. The 1937 Humphrey Bogart film “Black Legion” featured hooded terrorists who are anti-immigration, but the film avoided mention of the KKK, instead focusing on the actual KKK splinter group of the title.

And in 1951, Warner Bros. made “Storm Warning”; a Variety review described it as a “tough melodrama” since it featured hooded villains who were referred to only as the Klan. But the film was actually pretty soft, since the bad guys are basically racketeers, doing their evil deeds only to make a crooked buck. There’s no reference to racism — or the KKK’s real-life terrorizing of blacks and, by that point, of Catholics and Jews.

Variety reported that WB recognized the touchiness of the subject and asked the film’s star, Ronald Reagan, to make special pitches in Florida and Atlanta on the movie’s behalf.

It wasn’t just the South that muzzled the media. During a 1950 license-renewal hearing for California radio station KMPC, newscaster Robert Anderson testified he was forbidden to make negative on-air comments about the Klan, and told that it was “station policy.”

In 1957, the movie “Island in the Sun” featured a romance between Joan Fontaine and Harry Belafonte. Variety reported that the inter-racial romance “went against the grain with the white supremacy elements of Dixie. The KKK, ‘white councils’ and other segregationists have been putting the pressure for local laws to bar any pictures in which whites and Negroes are seen together.” The supremacists, the article said, were “inflamed over the Negro situation as a result of Little Rock and are now bent on suppressing any future productions that focus on Negro-white angles.”

The Klan was founded in 1865, after the end of slavery, but its power was waning until Griffith’s “Birth of a Nation” gave new life to the organization, which broadened its targets. In his 1958 piece, Landry also noted that Hollywood has made “free use of stereotypes over the years, such as the yellow peril, the lazy Mexican, the mobster Italian …”  Unfortunately, those stereotypes persist in the 21st century and white supremacists continue to broaden their targets.