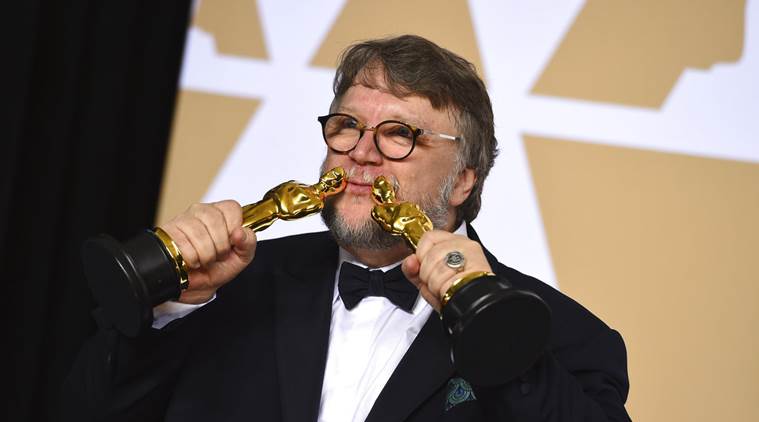 Del Toro is producing the teen thriller with his “Shape of Water” producer J. Miles Dale. Sean Daniel and Jason Brown of Hivemind and Elizabeth Grave are also producing. CBS Films and Entertainment One are co-financing.

André Øvredal is directing from a script by del Toro and the teams of Daniel and Kevin Hageman and Patrick Melton and Marcus Dunstan, based on Alvin Schwartz’ bestselling trilogy of books. “Scary Stories to Tell in the Dark” follows a group of teens who must solve the mystery surrounding a wave of spectacularly horrific deaths in their small town.

Del Toro came on to the project in April, a month after winning Oscars for best picture and best director for “The Shape of Water.” The five new cast members, who join the previously announced Zoe Colletti in the film’s ensemble, were announced Monday.

“We spent months searching for and assembling the perfect group of actors to help us realize the most terrifying adaptation that we could conceive,” said Øvredal.

Del Toro said, “I am honored to support Andre’s vision and, with our partners, to bring the incredible world of ‘Scary Stories’ to the screen.”

Mark Ross and Alex Ginno are overseeing the project for CBS Films which will distribute the film in the US as part of their ongoing partnership with Lionsgate.